Home World 10 Years After Christchurch Quake, a Hush Where 8,000 Homes Once Stood
World

10 Years After Christchurch Quake, a Hush Where 8,000 Homes Once Stood 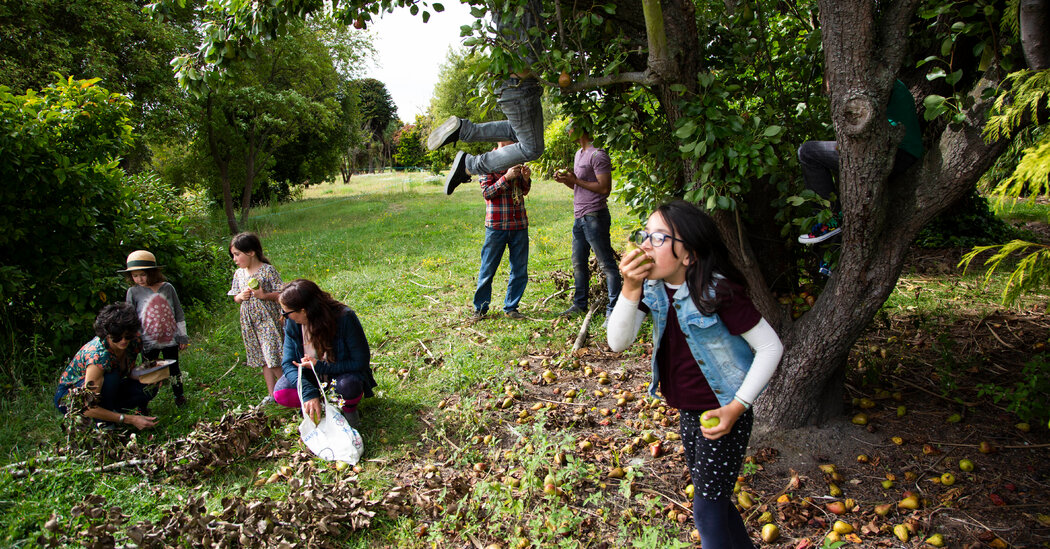 The undulating expanse, which begins two miles from downtown Christchurch, was deemed uninhabitable after the quakes, the second of which killed 185 people on Feb. 22, 2011. The 8,000 properties it encompassed were bought by the government and razed, the remnants swept away.

The land now sits in limbo, a reflection of the difficult decisions Christchurch has faced about how, what and where to rebuild on disaster-prone terrain. In the central business district, cranes, diggers and drills are still a feature of nearly every street. But in the eastern suburbs, a swath nearly twice the size of Central Park in New York is steadily being reclaimed by nature.

Cul-de-sacs taper into swamp and sludge, evidence of why residents left, not all of them by choice. Lawns have the look of scruffy golf courses; grass is mowed and sprayed for weeds, but nothing is newly planted. Beyond slouching lamp posts and faded road stenciling, there is little sign of a human past.

Gone wild, parts of the area, which the government named the red zone, now attract foragers. On a recent late-summer Sunday afternoon, a group of families straggled across a field of wildflowers that was once a backyard, stopping to pick yarrow and chamomile for tea.

A carpet of fruit on the ground below a towering pear tree was far more than they could carry off in their bags and baskets. Children crammed pears into their mouths, the next one already in hand.

“They’re sweet but they’re quite crunchy,” Baxter MacArthur, 10, called from his perch halfway up the tree.

The red zone is a sobering reminder that New Zealanders live in one of the most geologically active places on earth. The capital, Wellington, stands atop seismic fault lines, and the largest city, Auckland, is built on a ring of about 50 dormant volcanoes.

The first of the two earthquakes a decade ago, a magnitude-7.1 convulsion on Sept. 4, 2010, caused severe structural damage in Christchurch, a city of 380,000 that is the largest on New Zealand’s South Island. No one died as a direct result, though one person had a fatal heart attack.

That was followed five months later by a magnitude-6.2 quake that killed 173 people in the central city and 12 elsewhere, as facades and high-rise buildings crumbled. The city’s infrastructure — roads, bridges, water systems — was ravaged, and the central business district would remain closed for two years.

The mammoth task of reinventing itself has been fraught for Christchurch, which before the quakes was a fairly conservative city featuring traditional English architecture. The efforts have proceeded slowly, but a remade downtown, greener and more compact, is emerging.

Deciding what to do with the red zone has been no less vexing. The open space, though born of tragedy, is a treasure rare among major cities. And if the outdoors is vital to mental health, Christchurch may need it more than most places. The city’s treatment services are still strained a decade after the quakes, the pressure having been compounded by the terrorist attack on two mosques in 2019 that killed 51 people.

But planning for the zone has taken years and remains unsettled. The Christchurch City Council and the central government have focused on the central city at the expense of the abandoned suburbs, said Yani Johanson, a city councilor for an area straddling part of the red zone.

Advocates for conservation projects on the land have urged the council to commit to ecological restoration.

“It should be somewhere people can come and be where their property was, but not have it ruined through large buildings,” said Celia Hogan, co-chairwoman of the community group Greening the Red Zone, as her children ate freshly picked apples and tried to climb into a left-behind treehouse.

Years of local consultation has been necessary to determine what should happen to the land, but native tree planting should begin soon, she said. A native forest would be “a respectful way to acknowledge people who have given up sometimes their lifelong home,” she added.

A blueprint for the zone created by a central government agency in 2019 tried to balance what everyone wanted — ecology and the environment, recreation, memorial space and commercial endeavor.

There is another consideration, too. New Zealand is in the grip of a housing crisis. Mr. Johanson said pressure would most likely grow on the council to consider whether parts of the zone were truly uninhabitable, as they were deemed a decade ago.

For now, anyone who wants to walk in the red zone can park at the end of blocked-off roads and, as the sounds of the city fall away, feel like the only person on earth.

Other sections are livelier. A patch along the Avon River on the recent Sunday felt like a bustling, untidy park — noisy with cyclists, joggers, dogs and children. On another empty street, custom-built drones buzzed around a track; nearby, parents were using a street dotted with miniature traffic signs to give their children lessons on road safety.

“The idea that it was homes once is getting less and less,” said Joanna Payne, a founding member of the group Otautahi Urban Foraging, which uses the Maori name for Christchurch. She and her friends said that when they pick fruit, they always wonder who planted the tree.

When the government sought to buy out thousands of homeowners after the 2011 quake, it intended to give them certainty about their futures. Many were angered by the offer, which was based on four-year-old property valuations.

Some were compelled to accept in order to pay their mortgages, others when officials warned that red-zoned areas would no longer be served by utilities, infrastructure or insurance.

A handful of residents called the government’s bluff and stayed.

Brooklands, a semirural area, is home to the most united display of red-zone defiance. When the land there was judged unlivable, most residents sold up and left, but a little over a dozen homes remain.

“It’s beautiful,” said one of the homeowners, Stephen Bourke. “There’s no one here. It’s paradise.”

A project manager in the civil construction industry, Mr. Bourke repaired his 80-year-old wooden villa himself. “It doesn’t leak,” he said. “It’s all on an angle, but we’ve water-sealed it.”

The local authorities still collect trash and mow the verges, contrary to warnings in 2011 that they would stop, but the roads are potholed and uneven.

Mr. Bourke said he saw little point in moving elsewhere, given that much of New Zealand is prone to earthquakes and floods.

“It’s all very well having these politicians turn up and tell people where they can go,” he said. “But where are you going to tell me to go in New Zealand that’s safe to live?