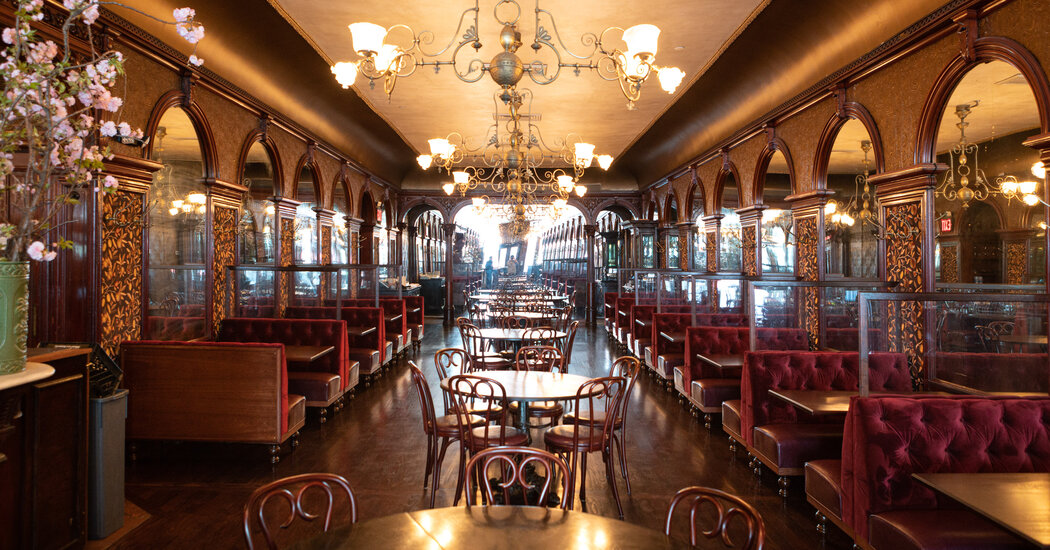 Lewis introduced the restaurant’s diners to her style of Black Southern cooking — nuanced, seasonal and deeply particular about freshness. The crab cake, tall and proud, made with perhaps half a pound of crab flesh and almost nothing else except the fried bread crumbs that form its impressively crisp shell, is very much in her spirit. Lewis didn’t send out a soft-cooked egg as a sauce, the way Ms. Kim does, but I think she would have appreciated the purity of it.

The current version of one of Lewis’s most talked-about specialties, a Charlestonian she-crab soup, doesn’t have the tiny dots of red crab roe demanded by old Carolina cooks. It is, however, undeniably rich in crab flavor and so creamy it makes you forget for a moment about friction, gravity and other earthly encumbrances.

The fried chicken is the kind that gets better the more of it you eat. As for the herbed hush puppies, they may remind you, not in a bad way, of falafel.

If you have not recklessly embarked on a tasting of all seven martinis, you can more or less trust-fall into Étienne Guérin’s wine list, which leans toward France and tradition but isn’t dogmatic about it either.

Caroline Schiff, the pastry chef, makes little attempt to unearth forgotten favorites of the Victorian dessert canon. But among the classics she revisits is an extremely compelling cheesecake — made from chèvre, it’s tart, a little salty and a wonderful backdrop for strawberries cloaked with balsamic syrup.

Almost every table seems to get the brown blob the size of a well-fed house cat. This is the baked alaska and chances are you will get it, too. It holds, at its core, chocolate, cherry and mint ice creams, all buried deep within what may be the world’s largest toasted marshmallow.

Facebook
Twitter
Pinterest
WhatsApp
Previous articleWhat Data About You Can the Government Get From Big Tech?
Next articleA Fading Coal County Bets on Schools, but There’s One Big Hitch