Home Food A Panettone Baked in Prison, and It’s One of Italy’s Best
Food 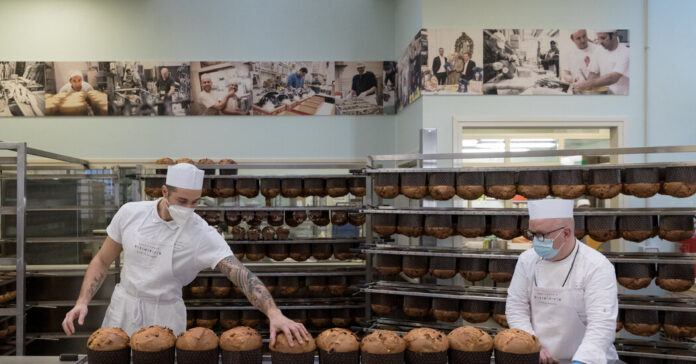 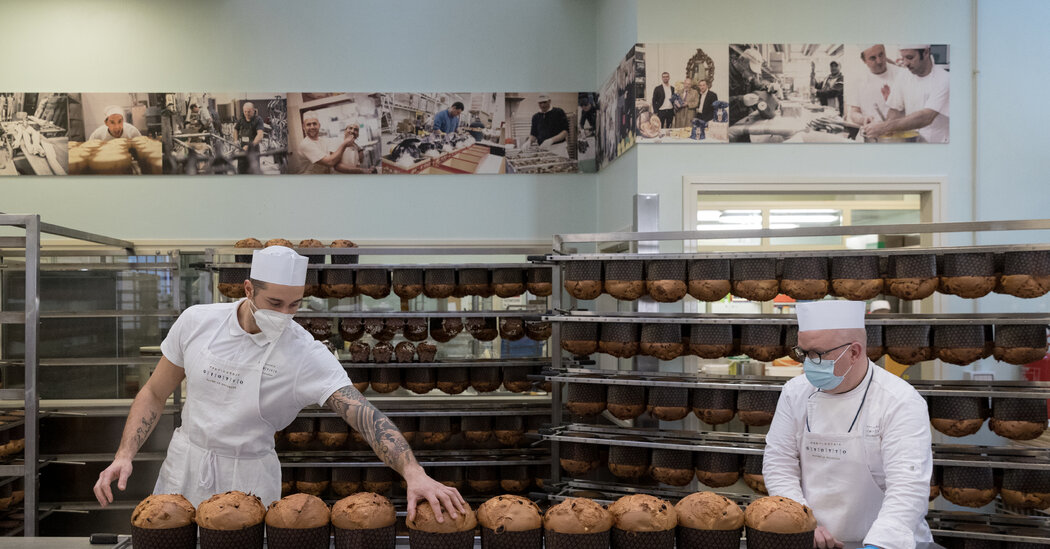 Panettone is the Italian national Christmas cake, and it is notoriously tricky to perfect. So when the version from Pasticceria Giotto was named one of the 10 best in Italy, it was a real honor. But the most striking difference between the panettone at Giotto and the nine others on the list is that Giotto’s is made in a prison.

Inside the Due Palazzi prison (above) on the outskirts of Padua, in northeastern Italy, a crew of inmates in white coats are supervised by four professional pastry chefs. Six days a week, they start baking at 4 a.m., beginning with the brioche that will be served by local pastry shops and hotels. Giotto also produces cookies, pies, nougat, chocolate and ice cream — but panettone is the specialty.

Giovanni, an inmate who was identified only by his first name in accordance with prison guidelines, has been working in the bakery for the last five years of his 23-year sentence. (Officials will not disclose the prisoners’ crimes.)

“Before I was in prison I had never tasted panettone,” he said, “but I really like it, and every Christmas I get five or six and send them to my family in Sicily.”

The word panettone derives from panetto, a small loaf cake. The suffix, -one, changes the meaning to “large cake.” Similar recipes date back to the Roman Empire, when honey was used to sweeten a type of leavened dough. The cake is mentioned in a recipe book written in the 1500s by Bartolomeo Scappi, a personal chef to popes and kings during the time of the Holy Roman Emperor Charles V; it was first referred to as pan de ton (“luxury bread”) by the 18th-century scholar Pietro Verri in one of his writings.

A well-baked panettone is a point of pride for Italian pasticcerie, and every year Italians consume about 9.5 million of the cakes, mostly around the holidays.

Baking them is a meticulous process that involves — over the course of 72 hours — multiple kneadings and leavenings. After baking for an hour, the cakes are taken out of the oven and allowed to cool while hanging upside down, to keep their characteristic domed tops from falling. In all, the Giotto team will bake more than 80,000 panettone this holiday season.

The baking program, which began in 2005, is run by Work Crossing Cooperative, a nonprofit group that operates prison work programs in the region. In early December, the cooperative even opened a Pasticceria Giotto storefront in Padua.

The Italian prison system is overcrowded, and the national recidivism average is 70 percent, according to the Ministry of Justice, with a majority of inmates returning for sentences longer than their first. That rate drops to 5 percent, however, for inmates who work while incarcerated.

Matteo Marchetto, the president of Work Crossing Cooperative, said the Italian constitution explicitly mentions education as part of the purpose of a prison sentence.

“The sentence must be fully expiated, but at the same time there must be a path to recovery,” said Mr. Marchetto (top, right). “Otherwise, these years are wasted public resources.”

Matteo Concolato, a pastry chef who helps supervise the inmates as they bake, said he had witnessed program’s benefits firsthand.

“One thing that gives a lot of satisfaction is to see a guy who may never have worked before and comes from years in prison, who gradually becomes passionate, acquires a sense of responsibility for what he is doing, begins to trust himself and others again,” he said.

New York City diners have seen their social media feeds flooded in recent days with announcements from restaurant after restaurant that they were...
Read more
Food

I used to be convinced that the only way to get truly crisp tofu was to fry it.I’d roasted it and broiled it,...
Read more
Business