A Thanksgiving History Lesson in a Handful of Corn 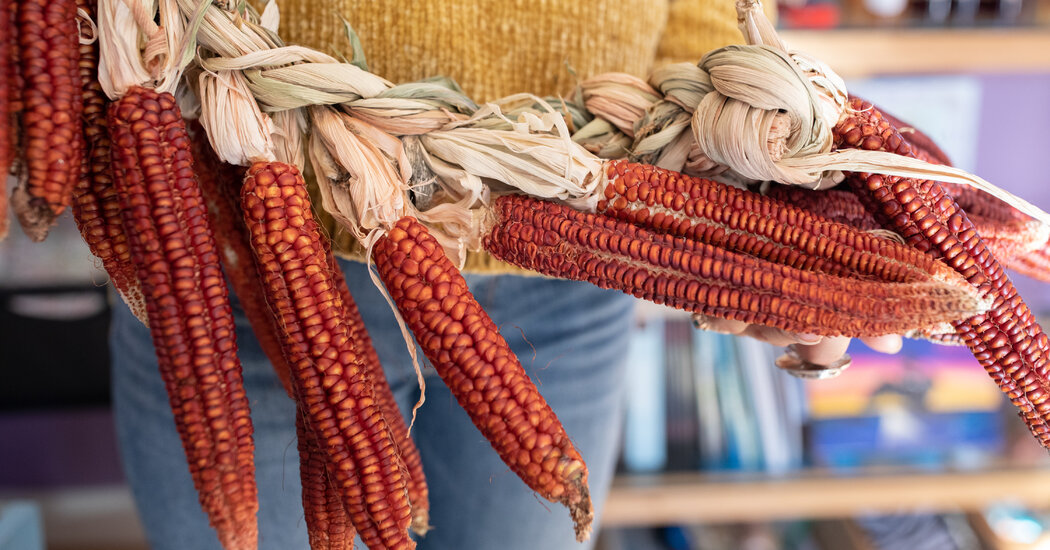 These goals are part of an attempt to revive the deep, almost symbiotic relationship between corn and humans.

“For Native people, it’s not just about growing out the corn and bringing it back home,” Mrs. Greendeer said. “It’s about creating a spiritual connection and relationship with this being, the corn. She’s alive. So the goal is to ingest it and become one with the corn.”

The past doesn’t always define us, but the stories we tell about it do. That’s their purpose.

The United States is in the middle of a fierce battle over the stories Americans tell themselves about how the nation was built and what it stands for today. Dramatic and at times violent conflicts have erupted over monuments to Confederate soldiers, institutions named after slave traders and plantation owners, the history lessons children learn and the books they read. Efforts to revise popular narratives about history to include Black, Indigenous and other points of view that have been ignored, and resistance to those efforts are now a central feature of political life.

One aim of many stories Americans tell about Thanksgiving is nation-building. In 1863, when he called for its first observance as a national holiday, President Abraham Lincoln asked “my fellow citizens” to “fervently implore the interposition of the Almighty Hand to heal the wounds of the nation and to restore it as soon as may be consistent with the Divine purposes to the full enjoyment of peace, harmony, tranquillity and Union.”

Another aim is to paper over the long and shameful history of killing Native Americans, driving them from their land and shattering their culture. For many Native people, Thanksgiving is a national day of mourning, a time to remember what they have lost since Europeans first sailed into sight.

Mrs. Greendeer has just finished her own tale of the original 1621 feast, a children’s book to be published next year called “Keepunumuk: Weeâchumun’s Thanksgiving Story.” Written with two other Native American authors, the book is narrated by a Wampanoag woman who tells her grandchildren that the protagonist of the Pilgrim’s harvest feast was the corn.

A plague had killed many Wampanoags before the Pilgrims arrived, and in the winter of 1620-21 the Pilgrims were dying off, too. Seeing all this, the corn asks the Native people to show the newcomers “how to take care of me” so they won’t starve, Mrs. Greendeer said.