Home Business Americans Are Retiring Earlier Because of Pandemic
Business

Americans Are Retiring Earlier Because of Pandemic 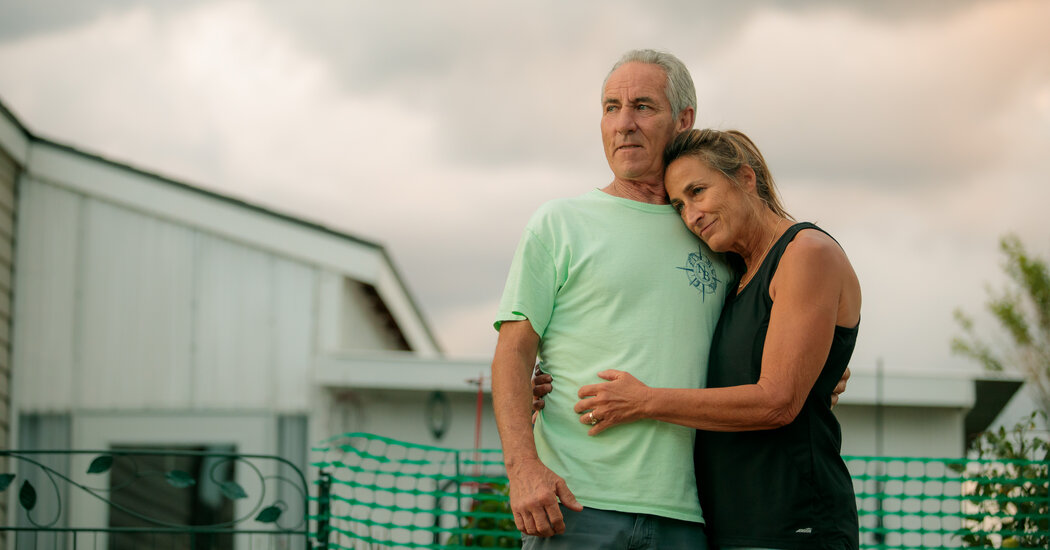 Dee Dee Patten, 57, hadn’t planned to retire early. But when the coronavirus-induced lockdown took hold in 2020 and business dried up at the mechanical repair shop that she and her husband, Dana, owned in Platteville, Colo., they decided to call it quits.

Mildred Vega, 56, had even less choice in the matter. Soon after she lost her job because of a restructuring at a Pfizer office in Vega Baja, P.R., the pandemic foreclosed other options.

Mrs. Vega and the Pattens are three of the millions of Americans who have decided to retire since the pandemic began, part of a surge in early exits from the work force. The trend has broad implications for the labor market and is a sign of how the pandemic has transformed the economic landscape.

For a fortunate few, the decision was made possible by 401(k) accounts bulging from record stock values. That wealth, along with a surge in home values, has offered some the financial security to stop working well before Social Security and private pensions kick in.

But most of the early retirements are occurring among lower-income workers who were displaced by the pandemic and see little route back into the job market, according to Teresa Ghilarducci, a professor of economics and policy analysis at the New School for Social Research in New York City.

“They might call themselves retired, but basically they are unemployed and in a precarious state,” Ms. Ghilarducci said. Economic downturns typically induce more people to leave the work force, but there has been a faster wave of departures this time than during the 2008-9 recession, she said.

After analyzing data from the Bureau of Labor Statistics and the University of Michigan Health and Retirement Study, Ms. Ghilarducci found that among people with incomes at or below the national median, 55 percent of retirements recently were involuntary.

For the Pattens, most of their company’s revenue came from inspecting school buses in the northern part of Colorado. When schools pivoted to remote learning in March 2020, the business stopped receiving its usual traffic.

“On average, we had 10 to 20 buses a day that we brought in and inspected and then put them out on the road for the kids,” Mrs. Patten said. “When spring break hit, we didn’t see another bus.”

When schools reopened, they had trouble finding a mechanic. In July, they managed to hire one, but he left almost immediately. And the work was too physically demanding for the couple to carry on by themselves, Mrs. Patten said.

They sold their shop and equipment, along with their house, putting some of the money into a retirement account. When a separate certificate of deposit account matures, they plan to buy a home in Denver. Since Mr. Patten is 62, he applied for Social Security — but his monthly benefits will be far lower than what he would have received if he had waited a few more years.

The shift toward early retirement reverses a long-running trend. The share of Americans over 65 still active in the work force is 50 percent higher than it was 20 years ago. Some are working longer because they have to and can’t afford to retire, while others are living longer and in better health and want to keep going into the office.

Early retirements not only reflect the pandemic’s economic impact but may also hold back the recovery, because retired workers tend to spend more cautiously. They will also be drawing on Social Security sooner rather than paying into the program and bolstering its long-term viability.

“Older generations tend to earn more and lift spending,” said Gregory Daco, chief U.S. economist at Oxford Economics. With this group out of the labor force in greater numbers, “it’s more of a negative than a positive for the economy.”

In the 15 months since the pandemic began, about 2.5 million Americans have retired, Mr. Daco said. That’s about twice the number who retired in 2019, which means there are essentially 1.2 million fewer people in the work force over the age of 55 than would otherwise be expected.

The abrupt increase in retirements — as reflected in the way people describe their work status in monthly government surveys — has also fallen unequally among groups of different educational and ethnic backgrounds.

A November 2020 study by the Pew Research Center found that the share of Americans born between 1946 and 1964 with just a high school diploma who are retired rose two percentage points from the prior February, double the proportion among those with a college degree.

What’s more, the share of the Hispanic population in this age group who are retired jumped four percentage points, compared to one percentage point increases for white and Black boomers.

In terms of older workers over all, “it’s anyone’s guess whether they will return,” Mr. Fry said.

The proportion of adults 16 or older who are employed or looking for a job, now at 61.6 percent, has been slipping for years, falling from 66 percent in 2009 to 63 percent in early 2020. But it dived when the pandemic hit and has been slow to recover.

The aging of the population, along with the tendency of less educated workers to drop out of the work force amid stagnating wages and fewer opportunities in higher-paid fields like manufacturing, has also hurt labor participation.

And evidence is accumulating that more older workers are eyeing the exits.

A recent household survey by the Federal Reserve Bank of New York found that the average probability of working beyond age 67 was 32.9 percent, equaling the lowest level since researchers began asking the question in 2014. In November 2020, the figure was 34.9 percent.

The premature retirement of millions of workers sensing a lack of opportunity may seem puzzling when many businesses are scrambling to find employees — a conundrum that has forced economists to rethink the workings of the labor market.

Part of the answer appears to be a mismatch of skills between available workers and jobs. In addition, salaries in many open positions have remained too low to lure people from the sidelines.

If the newly retired workers don’t return, the labor market could get a lot tighter, heightening the risk that the Federal Reserve will need to raise interest rates to tamp down inflation, said Carl Tannenbaum, chief economist at Northern Trust in Chicago.

“We already have a challenge of keeping labor force growth at decent levels,” he said. “Immigration is down, the birthrate is down, and it’s much harder for the economy to maintain its productive potential if all these folks stay retired.”

Mrs. Vega said she might take a part-time job once the pandemic ebbs enough for her to comfortably return to an office setting, but she plans to spend the rest of her time with her parents and children.

She qualified for a Pfizer pension available to retirees 55 or older. Though early retirement wasn’t in her plans, she is trying to make the best out of her situation.

“I loved my job, but I don’t miss the stress levels,” she said. “The constant stress affects my mental and physical health. The pandemic made me realize how much time my job was taking away from me to spend with my family.”

The Pattens feel unnerved with the sudden change after 22 years of nonstop work, but they, too, are looking at the upside.

“We both know that, at our age, it was probably the best thing for us,” Mrs. Patten said. “We will get used to all of this time on our hands. Our plan is to volunteer, travel and look for a new place to live after 30 years on the old homestead.”

Facebook
Twitter
Pinterest
WhatsApp
Previous articleFor a Taste of Ancient Peruvian Cooking, Head to Vermont
Next articleBezos’ Exit Is One of Many Among Amazon’s Top Ranks