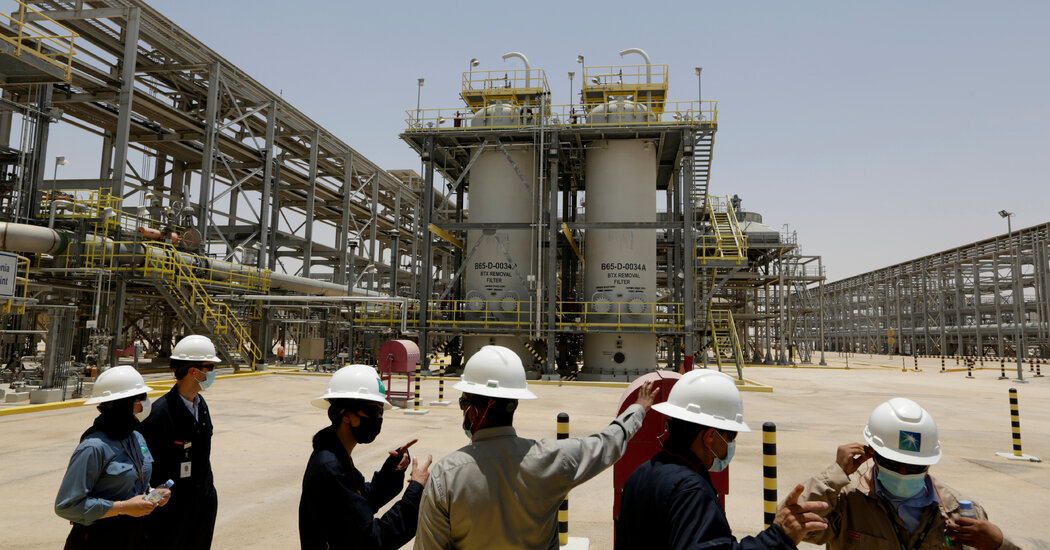 Kuwait announced last month that it planned to invest more than $6 billion in exploration over the next five years to increase production to four million barrels a day, from 2.4 million now.

This month, the United Arab Emirates, a major OPEC member that produces four million barrels of oil a day, became the first Persian Gulf state to pledge to a net zero carbon emissions target by 2050. But just last year ADNOC, the U.A.E.’s national oil company, announced it was investing $122 billion in new oil and gas projects.

Iraq, OPEC’s second-largest producer after Saudi Arabia, has invested heavily in recent years to boost oil output, aiming to raise production to eight million barrels a day by 2027, from five million now. The country is suffering from political turmoil, power shortages and inadequate ports, but the government has made several major deals with foreign oil companies to help the state-owned energy company develop new fields and improve production from old ones.

Even in Libya, where warring factions have hamstrung the oil industry for years, production is rising. In recent months, it has been churning out 1.3 million barrels a day, a nine-year high. The government aims to increase that total to 2.5 million within six years.

National oil companies in Brazil, Colombia and Argentina are also working to produce more oil and gas to raise revenue for their governments before demand for oil falls as richer countries cut fossil fuel use.

After years of frustrating disappointments, production in the Vaca Muerta, or Dead Cow, oil and gas field in Argentina has jumped this year. The field had never supplied more than 120,000 barrels of oil in a day but is now expected to end the year at 200,000 a day, according to Rystad Energy, a research and consulting firm. The government, which is considered a climate leader in Latin America, has proposed legislation that would encourage even more production.

“Argentina is concerned about climate change, but they don’t see it primarily as their responsibility,” said Lisa Viscidi, an energy expert at the Inter-American Dialogue, a Washington research organization. Describing the Argentine view, she added, “The rest of the world globally needs to reduce oil production, but that doesn’t mean that we in particular need to change our behavior.”