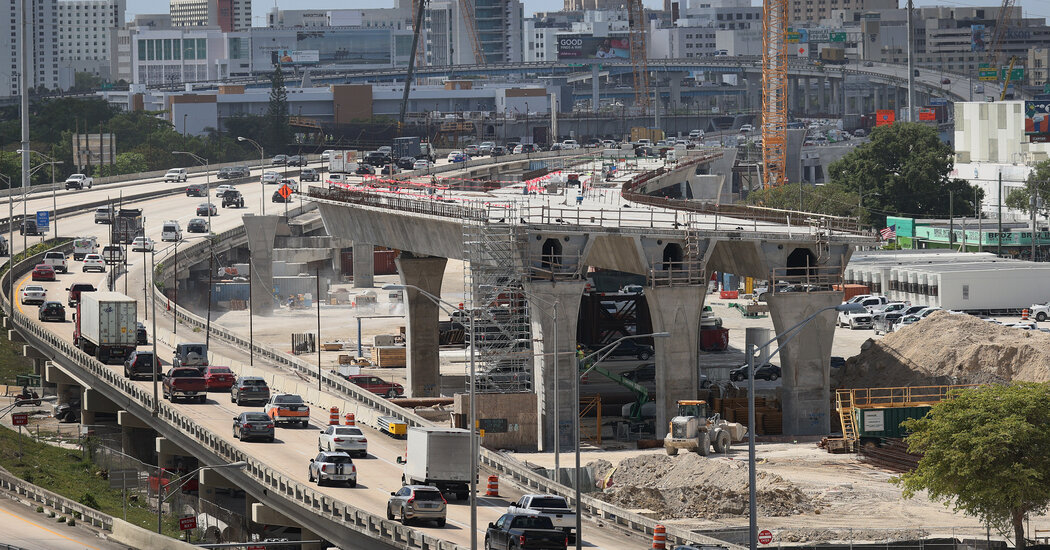 President Biden’s ambitious plan to increase corporate taxes does more than just reverse much of the overhaul pushed through by his predecessor. It also offers a profoundly different vision of how to make the United States more competitive and how to foot the bill.

When President Donald J. Trump and a Republican Congress rewrote the tax code in 2017, most of the benefits went to the wealthiest Americans, with lower rates on businesses and on profits from investments. The guiding principle, proponents argued, was that cutting taxes on corporations and investors would encourage businesses to expand, creating more jobs and generating more wealth for everyone.

By contrast, the animating idea behind the tax plan put forward by the Biden administration on Wednesday is that the best way to increase America’s competitiveness and foster economic growth is to raise corporate taxes to finance huge investments in transportation, broadband, utilities and more.

The Business Roundtable, the U.S. Chamber of Commerce and the National Association of Manufacturers all welcomed the idea of pumping money into repairing and building the nation’s infrastructure, but recoiled at raising corporate taxes to do so.

“We strongly oppose the general tax increases proposed by the administration, which will slow the economic recovery and make the U.S. less competitive globally — the exact opposite of the goals of the infrastructure plan,” the chamber’s chief policy officer, Neil Bradley, said in a statement.

The biggest and most eye-catching proposal is to trim the sizable reduction in the corporate tax rate enacted under Mr. Trump. In 2017, Republicans shrank the rate to 21 percent from 35 percent. Mr. Biden wants to nudge the rate part of the way back — to 28 percent.

The increase will “ensure that corporations pay their fair share of taxes,” and fund critical investments “to maintain the competitiveness of the United States and grow the economy,” the White House stated in outlining the plan.

The other provisions are primarily intended to ensure that multinational corporations cannot avoid taxes on profits generated overseas. The hope is that this will reduce the temptation to set up operations or offices in foreign tax havens.

The plan, which still lacks detailed provisions, is “both an undoing and a pushing in new directions,” said Mihir A. Desai, an economist at Harvard Business School. “The more novel aspects relate to how it changes the way we think about foreign operations and global income.”

Through a series of complex and arcane provisions, the Biden administration would essentially treat profits earned abroad more like those earned at home — raising rates and requiring that taxes be paid on time rather than pushed far into the future. It would also establish what would in effect be a minimum tax on foreign income.

The proposals hew closely to what Mr. Biden promised on the campaign trail, and the immediate reactions mostly fell along predictable lines. Republicans, business groups and conservative economists said they worried that the rate increases would discourage investment. Progressive groups and liberal economists hailed the announcement, saying it would fix some glaring loopholes.

Wall Street has been wary of possible tax increases since the presidential election and has hoped that gridlock in Washington would moderate Mr. Biden’s agenda. On Wednesday, a spokesman for JPMorgan Chase said the bank’s chief executive, Jamie Dimon, believed that “the corporate tax rate for companies in the U.S. has to be competitive globally, which it is now.”

Supporters countered that the changes would do much more to promote growth and go a long way in curbing excesses of the 2017 tax legislation. Democrats have argued that the low-tax approach has failed to deliver broad economic gains, with only those at the very top benefiting. Targeted government spending on workers, students and infrastructure, they argue, would offer much more bang for the buck. What’s more, businesses base their decisions on a range of factors besides tax rates.

“There’s essentially no evidence that the tax change boosted investment,” said William Gale, co-director of the Urban-Brookings Tax Policy Center. He argued that investment went up in 2018 only because oil prices rose. And while the tax law favored investments in equipment and structures, it turned out that the biggest investments were not in those areas but in intellectual capital.

Supporters also argue that the proposed changes are much fairer.

“The cut in the rate was overdue but may well have been overdone,” Mr. Gale said of the Trump tax cuts. “It gave massive windfall gains to corporations,” rewarding them for investment decisions made in the past instead of providing new incentives to plow money back into their businesses, he said.

Debates about the tax code are really debates about who should bear the burden of paying for what society deems important — highways and bridges, clean water and high-speed broadband, basic research and development.

By shifting the tax burden, the Biden administration is saying corporations — among the biggest winners the last time around — should pick up more of the tab this time.

“We have pressing infrastructure needs, and the fairest way to fund those is to claw back some of the giveaways” to corporations and shareholders contained in the 2017 law, said Steve Rosenthal, a senior fellow at the Tax Policy Center.

Mr. Rosenthal also pointed out that a large chunk of the increased tax payments would fall on foreigners, who own 40 percent of stocks.

The advertised tax rate — whether on corporations or individuals — is often much higher than what many actually pay.

The Institute on Taxation and Economic Policy, which has long criticized American businesses for managing to avoid paying what they owe, conducted a study of Fortune 500 companies that were profitable and that provided enough information to calculate effective tax rates. The institute found that those companies on average paid 11.3 percent on their 2018 income.

And 91 of those companies, including Amazon, Chevron, Halliburton and IBM, paid no federal income tax that year.

Economists have debated who actually bears the cost of higher corporate taxes — shareholders and owners or workers. Research by the Congressional Budget Office, the Treasury Department and the Brookings Institution has concluded that those who own the business generally pay about three-quarters of a tax increase, with workers picking up the rest.

Mr. Desai at Harvard applauded the infrastructure investment but was put off by the impact of the tax increase on workers. “In a populist moment, it’s good politics but bad economics,” he said. He would prefer taxing individuals’ capital income. He also pointed out that the laserlike focus on corporations — as opposed to other businesses that may be organized differently — tended to penalize large successful companies.

It is still unclear how much would be paid by other groups favored by the current tax code, including the richest Americans and businesses that pass through income to their owners or shareholders. (They pay taxes at the ordinary rate on their individual returns.)

The Biden administration has indicated that tax increases for the wealthy will help fund the second phase of the infrastructure plan, which is expected to be announced next month and will focus on priorities like education, health care and paid leave.