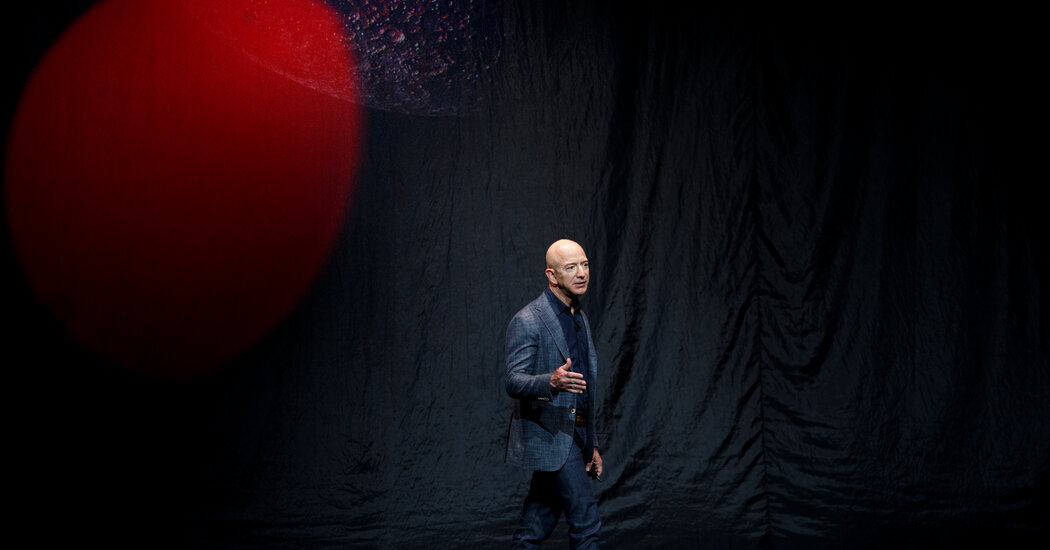 Mr. Smith said Blue Origin would put in bids on a future competition. But he added, “The idea that we’re going to be able to restore competition with something that right now is completely undefined and completely unfunded doesn’t make a lot of sense to us.”

When Bill Nelson, a former senator from Florida whom President Biden has nominated to be the next administrator for NASA, testified at a confirmation hearing last week, Senator Maria Cantwell, Democrat of Washington and chairwoman of the Senate Committee on Commerce, Science and Transportation, asked him to commit to providing Congress with a plan for how NASA would ensure commercial competition in the moon lander program.

“I do,” Mr. Nelson said. “Competition is always good.”

Mr. Smith said that with similar programs in the past, like the space station missions, NASA had hired more than one company even though it lacked certainty on future budgets.

The Blue Origin-led bid, at $6.0 billion, was more than double the price of SpaceX’s. But Mr. Smith said NASA had gone back to SpaceX and negotiated the price of its proposal, even though it did not have similar discussions with the other two teams.

“We didn’t get a chance to revise and that’s fundamentally unfair,” Mr. Smith said.

Less than $9 billion would have paid for two landers, and that is comparable to the $8.3 billion cost of the commercial crew program that now provides transportation to the space station, the protest argued.

“NASA is getting some great, great value from these proposals,” Mr. Smith said.

NASA’s evaluations of the bids gave ratings of “acceptable” on the technical aspects of Blue Origin’s and SpaceX’s proposals. Dynetics’s rating was lower, at “marginal.” SpaceX’s management was regarded as “outstanding,” while Blue Origin and its partners were judged, “very good,” as was Dynetics.

Mr. Smith said NASA misjudged aspects of its proposal, like the communications system and redundancy in guidance and navigation, as weaknesses. He also said it downplayed the risks in SpaceX’s design like the need to refuel Starship in orbit, which has never been tried before.