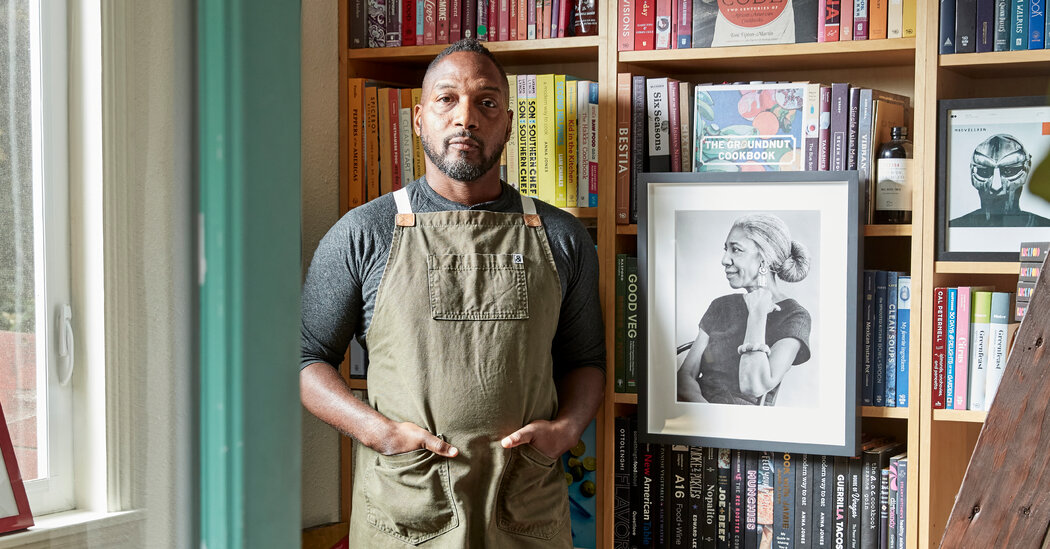 Like many businesses, the publishing industry was profoundly impacted by the racial reckoning of 2020, when its overwhelming whiteness was called into question both online and behind closed doors. Now, more than a year later, the results of calls for greater diversity among those who decide what gets published have begun to materialize.

Titles by Black authors are hitting the market at an increased rate, including within the food sphere, where Black chefs are landing more lucrative deals for cookbook projects. Through 4 Color Books, Mr. Terry hopes not only to diversify shelves but also to open avenues to bring more Black people into publishing.

“Following the reckoning, a lot more people became intentional about their book purchases,” said Toni Tipton-Martin, an author and journalist, and the editor in chief of Cook’s Country magazine. Ms. Tipton-Martin contributed to the “Black Food” anthology, and has spent much of her career documenting the work of Black food professionals in the United States in books like “Jubilee: Recipes From Two Centuries of African American Cooking.”

She sees 4 Color Books as a way to increase the number of authors of color who are able to secure deals. Before receiving an offer from a publisher for her 2015 book, “The Jemima Code,” Ms. Tipton-Martin posted free selections from the book online to drum up interest, saying it was her “only option.” The book went on to win a James Beard Foundation book award in 2016. “What this imprint says is that now there will be more room for more and varied voices,” she said.

Aaron Wehner, the executive vice president of Crown Publishing and the publisher of Clarkson Potter and Ten Speed Press, said the new imprint was a natural extension of the company’s work with Mr. Terry. “Bryant’s entire career has been about successfully creating and nurturing communities,” he wrote in an email. “We jumped at the chance to expand our longtime relationship beyond his own books.”

In some ways, Mr. Terry always knew this moment was coming. Having written five cookbooks highlighting vegetarian and vegan African American cooking — including “Vegan Soul Kitchen,” “Afro-Vegan” and “Vegetable Kingdom” — as well as recipes inspired by the African diaspora, he often felt as if he was challenging both historical and contemporary ideas about what Black cooking looked like in the public imagination.

“The institution of chattel slavery was complex, and it wasn’t a monolith,” he said. “Enslaved Africans’ relationship to food and cooking was shaped by a number of factors, including geographic location and the financial status and disposition of plantation owners.”

Soda Shop Chains Are Taking Hold of the West

While the pandemic halted or shuttered many restaurants and bars, soda shops were able to stay open and thrive during the first few...
Read more
Food

Raising a glass of something bubbly is a timeless way to end a year.The act is innately celebratory, hopeful and a little nostalgic,...
Read more
Food

A Potato Gratin That Innovates on Tradition

LONDON — The quiet of January offers me a moment to look back at the weeks that came before and make heads or...
Read more