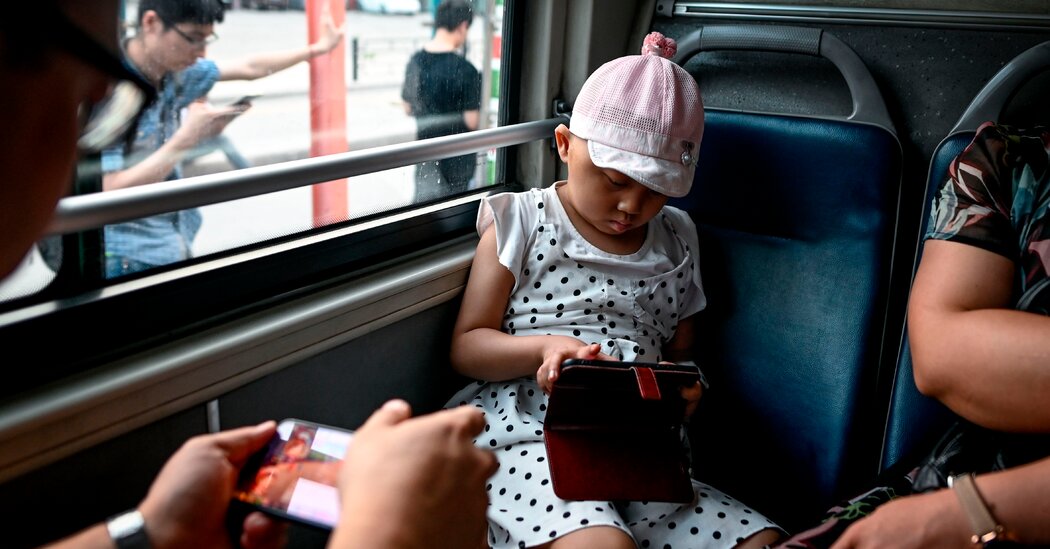 China’s strict limits on how long minors can play online video games just got stricter. Chinese children and teenagers are barred from online gaming on school days, and limited to one hour a day on weekend and holiday evenings, under government rules issued Monday.

The rules, released by the National Press and Publication Administration, tightened restrictions from 2019 aimed at what the government said was a growing scourge of online game addiction among schoolchildren. Under the old rules, players under the age of 18 were limited to no more than 90 minutes of gaming on weekdays and three hours a day on weekend.

Parents had complained that was too generous and had been laxly enforced, the administration said. The new rule sets the permitted gameplay hour to 8 to 9 p.m. on Fridays, Saturdays and Sundays. The government said it would step up inspections to ensure that gaming companies were enforcing the restrictions.

“Recently many parents have reported that game addiction among some youths and children is seriously harming their normal study, life and mental and physical health,” the administration said in an online question-and-answer explanation about the new rules. Parents, it said, had demanded “further restrictions and reductions in the time provided for minors by online gaming services.”

The new rules also reflect the government’s intensifying push for companies to jettison what the Chinese Communist Party says are unhealthy influences, especially among teenagers and children.

“Some teenage kids just won’t listen to their parents’ discipline, and this policy can control them,” said Lily Feng, a company worker in Shenzhen in southern China. She said her 10-year-old daughter was less interested in online games than in Douyin, the Chinese equivalent of TikTok, but added that the new limits set a good example.

“I think this is the right policy,” she said. “It amounts to the state taking care of our kids for us.”

Online gaming has been one of the most vibrant and profitable sectors of China’s internet industry, generating billions in revenue from players who pay to take part in online quests, wars and adventures. But there have been signs of growing official pressure for the companies to step more strictly in line with the demands for cultural conformity from Xi Jinping, China’s leader.

China’s Ministry of Education in April ordered online gaming companies to ensure that minors could not play from 10 p.m. each school night. In early August, the share prices of Tencent Holdings and other big Chinese video game companies fell sharply after a Chinese newspaper called their products “spiritual opium.” The article singled out Tencent, which owns Honor of Kings, a hugely popular game in China.

Chinese parents complained that children constantly found new ways to sneak past the limits on gaming hours, said a report issued in August by the government-funded Beijing Children’s Legal Aid and Research Center. Many parents, the report stated, “reported that their children had big changes in their temper and personality after becoming addicted to games, even as if they had become another person.”

Tencent, which already reduced the amount of time minors could spend on Honor of Kings, said it would abide by the new restrictions. In its latest financial disclosures, the company said that in the second quarter of 2021, players under 16 accounted for just 2.6 percent of its gross receipts for China gaming.

“Since 2017, Tencent has explored and applied various new technologies and functions for the protection of minors,” a spokeswoman for Tencent said in a statement. “That will continue, as Tencent strictly abides by and actively implements the latest requirements from the Chinese authorities.”