China’s First-Quarter Growth Is Expected to Boom on Paper 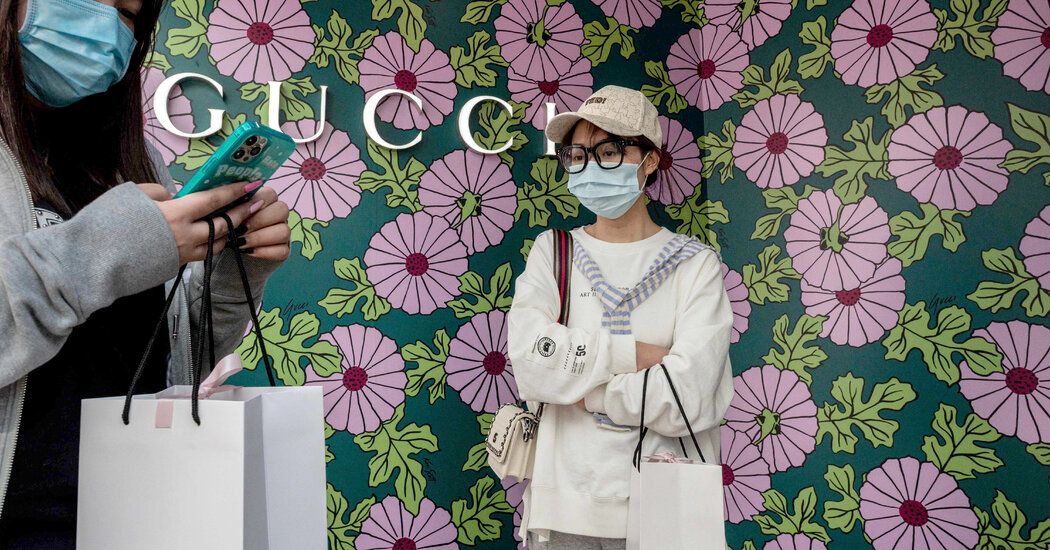 Factories are whirring, new apartments are being snapped up, and more jobs are up for grabs. When China released its new economic figures on Friday, they showed a remarkable postpandemic surge.

The question is whether small businesses and Chinese consumers can fully share in the good times.

China reported on Friday that its economy grew by a jaw-dropping 18.3 percent in the first three months of the year compared with the same period last year. While the figure is steep, it is as much a reflection of the past — the country’s output shrank 6.8 percent in the first quarter of 2020 from a year earlier — as it is an indication of how China is doing now.

A year ago, entire cities were shut down, planes were grounded and highways were blocked to control the spread of a relentless virus. Today, global demand for computer screens and video consoles that China makes is soaring as people work from home and as a pandemic recovery beckons. That demand has continued as Americans with stimulus checks look to spend money on patio furniture, electronics and other goods made in Chinese factories.

But exports and property investment can carry China’s growth only so far. Now China is trying to get its consumers to return to their prepandemic ways, something that other countries will soon have to grapple with once more vaccines become available.

Demand for Chinese exports is expected to weaken later in the year. Policymakers have moved to tamp down overheating in the property market and in the corporate sector, where some firms have borrowed beyond their means. Many economists are looking for signs of a broader recovery that relies less on exports and the government and more on Chinese consumers to juice growth.

A slow vaccination rollout and fresh memories of lockdowns have left many consumers in the country skittish. Restaurants are still struggling to bounce back. Waiters, shopkeepers and students are not ready yet for the “revenge spending” that economists hope will power growth. When virus outbreaks occur, the Chinese authorities are quick to put new lockdowns in place, hurting small businesses and their customers.

To avoid a wave of outbreaks in February, the authorities canceled the travel plans of millions of migrant workers for the Lunar New Year holiday, the biggest holiday in China.

“China’s Covid strategy has been to crush it when it reappears, but there seems to be a lot of voluntary social distancing, and that’s affecting services,” said Shaun Roache, chief economist for Asia Pacific at S&P Global. “It’s holding back normalization.”

Wu Zhen runs a family business of 13 restaurants and dozens of banquet halls in Yingtan, a city in China’s southeastern Jiangxi Province. When China began to bounce back last year, more people started going to her restaurants for their favorite dishes, like braised pork. But just as she and her employees began preparing for the Lunar New Year, a new Covid-19 outbreak prompted the authorities to limit the number of people allowed to gather in one place to 50.

“It should have been the best time of the year for our business,” said Ms. Wu, 33.

This year, Ms. Wu decided that closing the entire business over the holiday would be cheaper. “If we want to serve Lunar New Year’s Eve dinner, the labor wage for one day is three times higher than the usual time. We save more money by just closing the doors and the business,” she said. It will be the second year in a row that the restaurants shut their doors over the holiday.

Ms. Wu inherited the business from her father two years ago and employs more than 800 people. Before the pandemic, three-quarters of the business revenue came from big banquets for weddings and family reunions. She said business had yet to return to normal after months of crushing virus restrictions.

The setbacks facing small-business owners like Ms. Wu are also affecting regular consumers who are jittery about opening their wallets. According to Zhaopin, China’s biggest job recruitment platform, more jobs in hotels and restaurants, entertainment services and real estate are available than a year ago. But households are still being cautious about spending.

Families continue to save at a higher rate than they did before the pandemic, something that worries economists like Louis Kuijs, who is head of Asian economics at Oxford Economics. Mr. Kuijs is looking at household savings as an indication of whether Chinese consumers are ready to start splurging after months of being stuck at home.

Data on Friday showed that households saved more money in the first quarter of the year than in recent quarters. “Looking ahead, a convincing vaccination drive and continued improvement of labor market conditions are needed to unleash consumer spending and bring down that saving rate,” Mr. Kuijs said.

Many families took on more debt last year to buy property and cover expenses during the pandemic. China still largely lacks the kind of social safety net that many wealthy countries provide, and some families have to dip into savings for health care and other big costs.

Unlike much of the developed world, China doesn’t subsidize its consumers. Instead of handing out checks to jump-start the economy last year, China ordered state-owned banks to lend to businesses and offered tax rebates.

Travel restrictions over the Lunar New Year holiday dampened consumer appetite and slowed the momentum of Chinese shoppers. But retail data on Friday showed that March sales were better than expected, raising hopes that consumers like Li Jinqiu, 25, might begin to feel more confident in the coming months.

For now, Mr. Li, who is recently married and has a baby at home, is still choosing to save instead of spend. He had planned to work for the family business, but it has been hit by the pandemic and he doesn’t think there is much opportunity for him if he stays.

Mr. Li said he had received a job offer in sales at a financial firm in Beijing but had delayed the start date to help take care of his newborn. He said he had once borrowed to spend on items like his $150,000 Mercedes. Now he drives a $46,000 electric car and has put off buying new clothes.

Facebook
Twitter
Pinterest
WhatsApp
Previous articleAt Least 8 Dead in Shooting at Indianapolis FedEx Warehouse
Next articleBiden’s Afghan Pullout Is a Victory for Pakistan. But at What Cost?

All of that has raised the stakes for courting coal miners.“Our guiding principle is the belief that we don’t have to choose between...
Read more