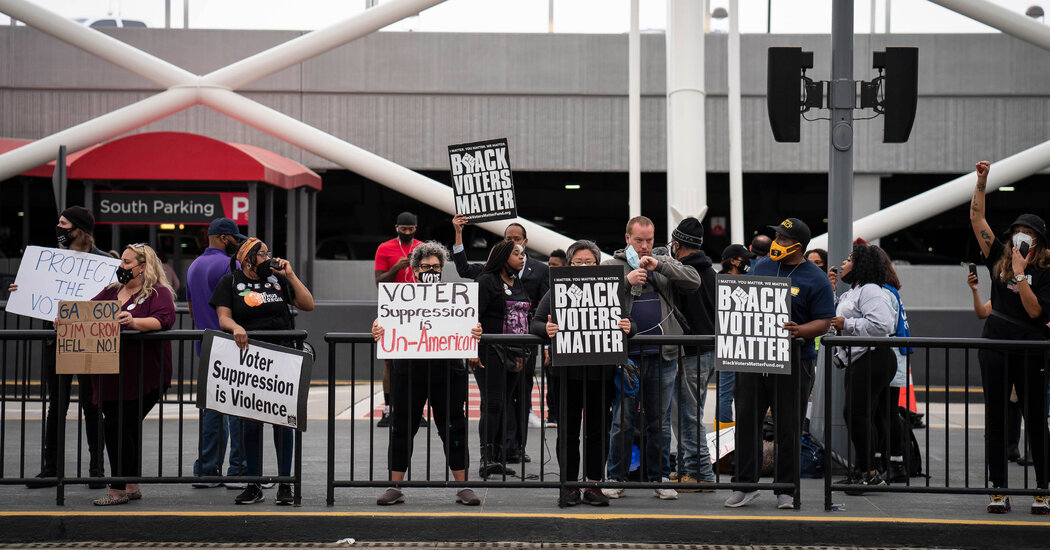 This time around, however, the entertainment industry has taken a more guarded approach.

When asked for comment, Disney, Netflix, NBCUniversal, Sony Pictures Entertainment and ViacomCBS either said they had no public comment or did not respond to queries. The Motion Picture Association, Hollywood’s lobbying organization, declined to comment, as did Amazon Studios, which six months ago released “All In: The Fight for Democracy,” a documentary about efforts by Ms. Abrams and other activists to tear down voting barriers in Georgia and elsewhere. WarnerMedia, which is owned by AT&T, said its corporate parent was working with local chambers of commerce to promote “accessible and secure voting.”

The fight in Georgia is likely a preview of things to come. Lawmakers in dozens of states have proposed similar voting bills, and activists are planning to ramp up the pressure on corporate America as the battle over voting rights goes national.

After its passage, Delta and Coca-Cola appeared to take some credit for helping soften the bill’s restrictions. Delta said it had “engaged extensively with state elected officials” in recent weeks and that “the legislation signed this week improved considerably during the legislative process.”

Coca-Cola issued a similar statement, saying it had “sought improvements” to the law and that it would “continue to identify opportunities for engagement and strive for improvements aimed at promoting and protecting the right to vote in our home state and elsewhere.”

Those words were cold comfort to activists who had worked against the efforts to curb voter rights.

“They have made soft statements rather than stepping out,” Ms. Groh-Wargo of Fair Fight said. “It’s ridiculous.”