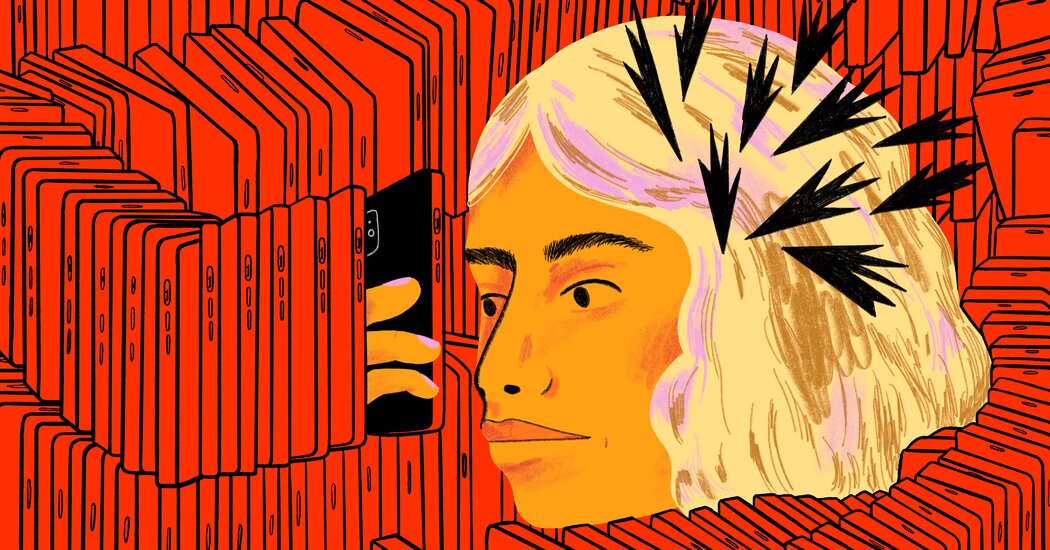 On Twitter, creators routinely share advice for crash diets and encourage disordered eating, and some amass tens of thousands of followers in the process. Twitter’s algorithms automatically suggest related accounts and topics for users to follow, based on the accounts they view. When a Twitter user views accounts that promote eating disorders, Twitter recommends topics like “fashion models,” “fitness apps & trackers,” “mindful eating” and “workout videos.”

Twitter said that its policies prohibit content that promotes eating disorders or provides instructions or strategies for maintaining them, and that the company primarily relies on users to report violative content. A spokeswoman for the company said that its topic recommendations differed by account.

“While we remove content that violates our policies on suicide and self harm, we also allow people to share their struggles or seek help,” the spokeswoman said.

On Snapchat, users often form group chats dedicated to privately encouraging one another to pursue eating disorders. Some of the chats are focused on providing negative feedback, essentially bullying the participants about not fulfilling their diet goals. Others provide positive feedback.

After an inquiry from The New York Times, Snapchat said it would ban terms related to the group chats from being used in users’ display names, group chat names and search. The company previously blocked a number of common terms associated with eating disorders and provides suggestions for resources, a spokeswoman said.

Ms. Levina, the TikTok creator, said she did not think she needed to moderate her content to avoid influencing young people to start unhealthy behaviors. Instead, Ms. Levina suggested, teenagers were old enough “to understand the information given and decide what to do.”

But Dr. Khadijah Booth Watkins, the associate director of the Clay Center for Young Healthy Minds at Massachusetts General Hospital, said that young people are especially impressionable, so content creators should consider that they could be swaying teenagers into making dangerous health choices.

WASHINGTON — Early in her tenure as chair of the Federal Trade Commission, Lina Khan declared that she would rein in the power...
Read more
Tech

Self-driving car services are popping up across the country. But they are not what they seem.The latest example is an upgraded service in...
Read more
Tech

Sam Bankman-Fried’s legal team is discussing a deal with federal prosecutors that could allow the disgraced cryptocurrency mogul to be released on bail...
Read more