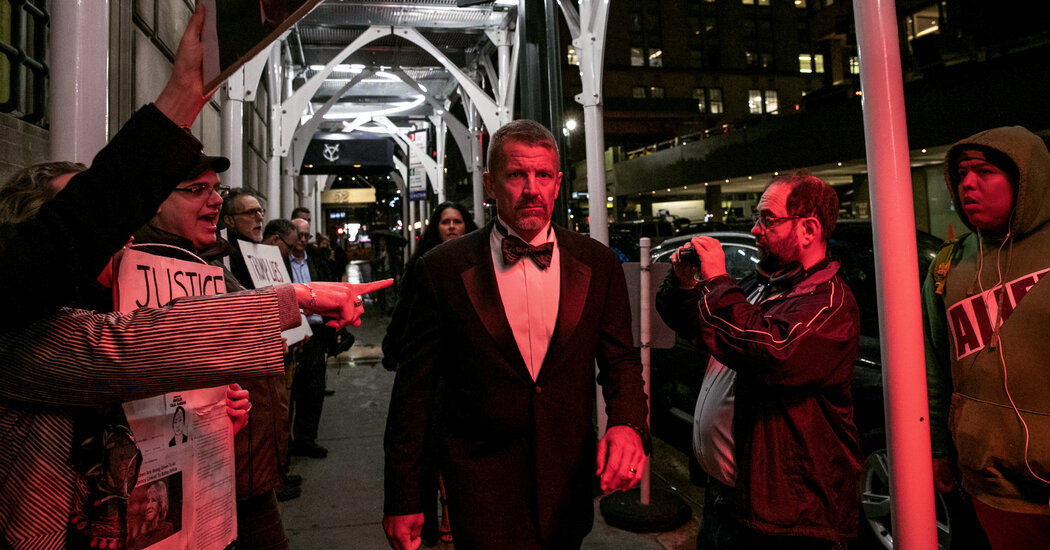 It describes how a friend and former business partner of Mr. Prince traveled to Jordan to buy surplus, American-made Cobra helicopters from the Jordanian military — a sale that ordinarily would require American government permission, according to military experts. The friend, Christiaan Durrant, assured officials in Jordan that he had “clearances from everywhere” and his team’s work had been approved “at the highest level,” the report found.

But the Jordanians, unimpressed by those claims, stopped the sale, forcing the mercenaries to source new aircraft from South Africa.

A Western official, speaking to the Times on the condition of anonymity because he was not permitted to discuss confidential work, said the investigators had also obtained phone records showing that Mr. Prince’s friend, Mr. Durrant, made several calls to the main White House switchboard in late July 2019, after the mercenary operation ran into trouble. The Western official said it was unclear whom Mr. Durrant sought to contact, or if he got through.

Contacted through his Facebook page, Mr. Durrant declined to comment and referred to a statement he issued to the Australian Broadcasting Corporation last September. “We don’t breach sanctions; we don’t deliver military services, we don’t carry guns, and we are not mercenaries,” it said.

The sheer breadth of evidence in the latest U.N. report — 121 pages of code names, cover stories, offshore bank accounts and secretive weapons transfers spanning eight countries, not to mention a brief mention of a Hollywood friend of Mr. Prince — provides a glimpse into the secretive world of international mercenaries.

Libya began to fracture a decade ago, when the violent ouster of the country’s longtime dictator, Col. Muammar el-Qaddafi, set in motion a political crisis that splintered the country into armed factions, many eventually supported by foreign powers hoping to shape the destiny of the oil-rich North African nation.