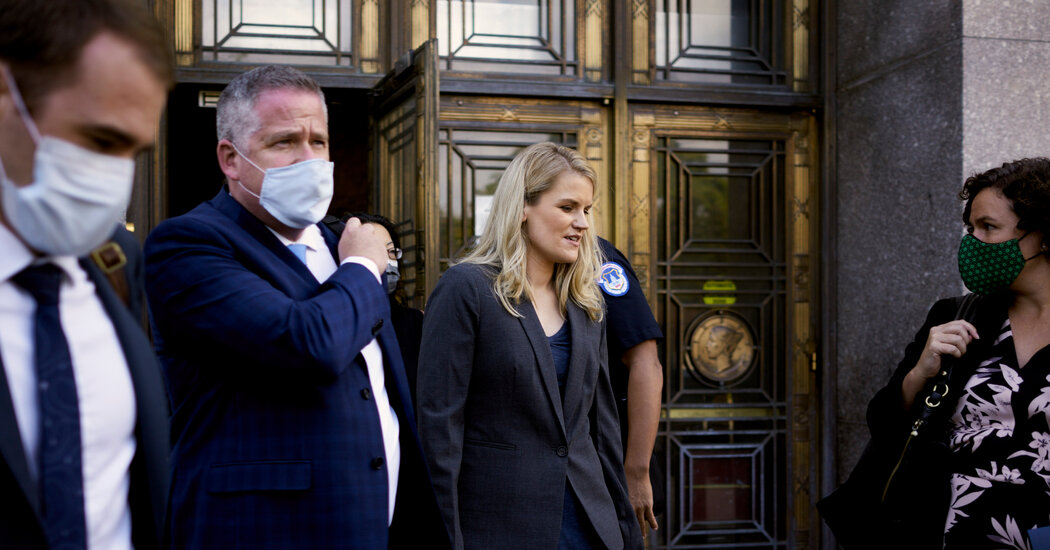 Facebook told employees on Tuesday that it was making some of its internal online discussion groups private, in an effort to minimize leaks.

Many Facebook employees join online discussion groups on Workplace, an internal message board that workers use to communicate and collaborate with one another. In the announcement on Tuesday, the company said it was making some groups focused on platform safety and protecting elections, an area known broadly as “integrity,” private instead of public within the company, limiting who can view and participate in the discussion threads.

The move follows the disclosure by Frances Haugen, a former employee, of thousands of pages of internal documents to regulators, lawmakers and the news media. The documents showed that Facebook was aware of some of the harms it was causing. Ms. Haugen, a former member of Facebook’s civic misinformation team, has filed a whistle-blower complaint with the Securities and Exchange Commission and testified to a Senate subcommittee this month.

“As everyone is likely aware, we’ve seen an increase in the number of Integrity-related leaks in recent months,” an engineering director wrote in the announcement, which was reviewed by The New York Times. “These leaks aren’t representative of the nuances and complexities involved in our work and are often taken out of context, leading to our work being mischaracterized externally.”

Facebook had been known for an open culture that encouraged debate and transparency, but it has become more insular as it has confronted leaks about issues such as toxic speech and misinformation and grappled with employee unrest. In July, the communications team shuttered comments on an internal forum used for companywide announcements, writing, “OUR ONE REQUEST: PLEASE DON’T LEAK.”

“Leaks make it harder for our teams to work together, can put employees working on sensitive subjects at risk externally and lead to complex topics being misrepresented and misunderstood,” Andy Stone, a Facebook spokesman, said in a statement. Mr. Stone also said Facebook had been planning the changes for months.

Tuesday’s announcement stated that Facebook plans to comb through some of the online discussion groups to remove individuals whose work isn’t related to safety and security. The changes will occur in “the coming months” and “with the expectation that sensitive Integrity discussions will happen in closed, curated forums in the future.”

In internal comments, which were shared with The Times, some employees supported the move while others denounced the loss of transparency and collaboration. They called the change “counterproductive” and “disheartening,” with one person suggesting that it could lead to even more leaks from disgruntled employees.

“I think every single employee at the company should be thinking about and working on integrity as part of their day-to-day role, and we should work to foster a culture where that’s the expectation,” one Facebook employee wrote. “Siloing off the people who are dedicated to integrity will harm both active efforts to collaborate and reduce the cultural expectation that integrity is everyone’s responsibility.”