For China’s Single Mothers, a Road to Recognition Paved With False Starts 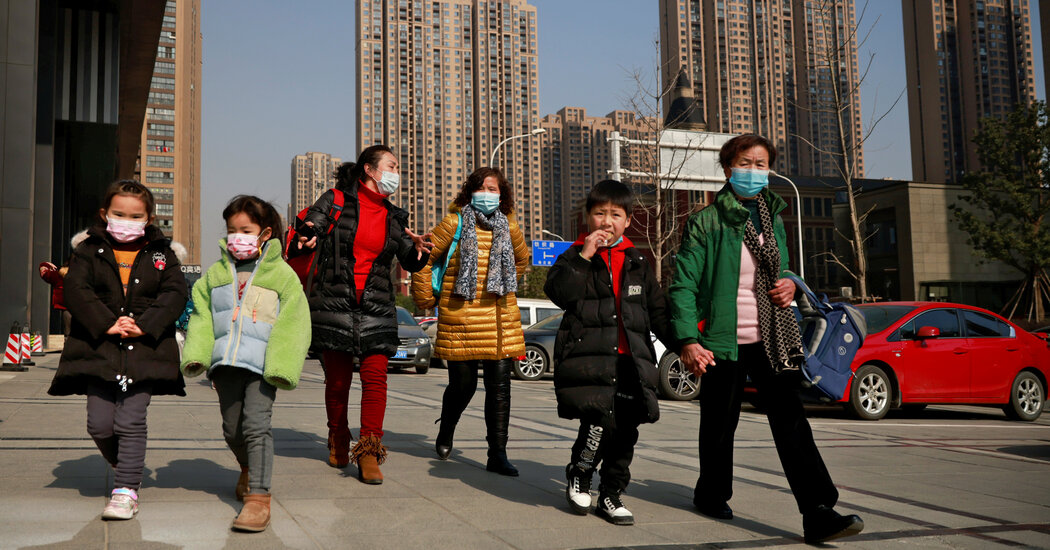 For a few glorious weeks, Zou Xiaoqi, a single mother in Shanghai, felt accepted by her government.

After giving birth in 2017, Ms. Zou, a financial worker, went to court to challenge Shanghai’s policy of giving maternity benefits to married women only. She had little success, losing a lawsuit and two appeals. Then, earlier this year, the city suddenly dropped its marriage requirement. In March, a jubilant Ms. Zou received a benefits check in her bank account.

She had barely begun celebrating when the government reinstated the policy just weeks later. Unmarried women were once again ineligible to receive government payments for medical care and paid leave.

“I always knew there was this possibility,” Ms. Zou, 45, said. “If they make me give the money back, I guess I’ll give it back.”

The flip-flop by the Shanghai authorities reflects a broader reckoning in China about longstanding attitudes toward family and gender.

Chinese law does not explicitly prohibit single women from giving birth. But official family planning policies mention only married couples, and local officials have long provided benefits based on those provisions. Only Guangdong Province, which borders Hong Kong, allows unmarried women to apply for maternity insurance. In many places, women still face fines or other penalties for giving birth outside of marriage.

But as China’s birthrate has plummeted in recent years and a new generation of women embraces feminist ideals, those traditional values have come under increasing pressure. Now, a small but determined group of women is calling for guaranteed maternity benefits, regardless of marital status — and, more broadly, for recognition of their right to make their own reproductive decisions.

Still, the about-face in Shanghai makes clear the challenges for feminists in China, where women face deep-rooted discrimination and a government suspicious of activism.

It also demonstrates the authorities’ reluctance to relinquish decades of control over family planning, even in the face of demographic pressures. The ruling Communist Party announced on Monday that it would end its two-child policy, allowing couples to have three children, in hopes of lifting a sagging birthrate. But single mothers remain unrecognized.

“There has never been a policy change,” a worker at Shanghai’s maternity insurance hotline said when reached by phone. “Single mothers have never met the requirements.”

Ms. Zou, who found out she was pregnant after breaking up with her boyfriend, said she would continue fighting for recognition even though she did not need the money.

“This is about the right to choose,” she said. Currently, when an unmarried woman gets pregnant, “you can either get married or have an abortion. Why not give people the right of a third choice?”

As education levels have risen in recent years, more Chinese women have rejected marriage, childbirth or both. Only 8.1 million couples got married in 2020, according to government statistics, the lowest number since 2003.

With the rejection of marriage has come heightened acknowledgment of single mothers. There are no official statistics on single mothers, but a 2018 report by the state-backed All-China Women’s Federation estimated there would be at least 19.4 million single mothers in 2020. The figure included widowed and divorced women.

When Zhang A Lan, a 30-year-old filmmaker in central Hebei Province, was growing up, unmarried mothers were seen as sullied and sinful, she said. But by the time she decided two years ago to give birth without getting married, it was common to see people on social media challenging those old stereotypes.

“Marriage is obviously not a prerequisite for childbirth,” said Ms. Zhang, who gave birth to a boy last year.

Still, many women described a persistent gap between attitudes online and in reality.

Many Chinese still worry about the financial burden and social stigma single mothers face, said Dong Xiaoying, a lawyer in Guangzhou who works to promote the rights of single mothers and gay couples. Lesbians are also often denied maternity rights, as China does not recognize same-sex unions.

Ms. Dong, who herself wants to have a child outside of wedlock, said her parents find that decision incomprehensible.

The greatest obstacles, though, are official.

By some measures, the authorities have begun to acknowledge the reproductive rights of single women. A representative to the National People’s Congress, China’s legislature, has for years submitted proposals on improving rights for unmarried women. While the authorities have closed down other feminist groups, those supporting unmarried mothers have largely evaded scrutiny.

The authorities’ lighter touch may be, at least in part, because the women’s goals dovetail with national priorities.

China’s birthrate has plummeted in recent years, after the decades-long one-child policy sharply reduced the number of women of childbearing age. Recognizing the threat to economic growth, the government has begun urging women to have more children; on Monday, it announced it would allow couples to have three children. The government’s latest Five Year Plan, released last year, promised more “inclusive” birth policies, sparking hopes for recognition of unwed mothers.

One state-owned outlet was explicit in a recent headline about the original loosening of the policy in Shanghai: “More Chinese cities offer maternity insurance to unmarried mothers amid demographic crisis.”

But the apparent support only goes so far, Ms. Dong said. Far from promoting women’s empowerment, the authorities recently have sought to push women out of the work force and back into traditional gender roles — the opposite of what would make single motherhood possible. “From a governance perspective, they don’t actually want to entirely open up,” she said.

The National Health Commission this year emphasized that family planning is the responsibility of “husbands and wives together.” In January, the commission rejected a proposal to open egg freezing to single women, citing ethical and health concerns.

Overt rejection of gender norms can still elicit reprisals. Last month, Douban, a social media site, shut down several popular forums where women discussed their desire not to marry or have children. Site moderators accused the groups of “extremism,” according to group administrators.

Shanghai’s about-face was the clearest example of the authorities’ mixed messaging on the reproductive rights of unmarried women.

When the city appeared to expand maternity benefits earlier this year, officials never explicitly mentioned unmarried women. Their announcement said only that a “family planning review,” which required a marriage certificate, would no longer be carried out.

But in April, women once again found themselves being asked for their marriage certificates when applying online.

“The local administrators don’t want to take responsibility,” Ms. Dong said. “No higher national authority has said these family planning rules can be relaxed, so they don’t dare to be the ones to open this window.”

Many women hope that pressure from an increasingly vocal public will make such regulations untenable.

Teresa Xu, 32, saw that shift firsthand in 2019, when she filed a lawsuit challenging China’s ban on egg freezing for single women. At first, the judge treated her like a “naïve little girl,” she said. But as her case gained support on social media, officials became more respectful.

Even so, her case is still pending, and officials have not given her an update in over a year. Ms. Xu said she was confident in the long run.

Facebook
Twitter
Pinterest
WhatsApp
Previous articleNaomi Osaka Quits the French Open After News Conference Dispute
Next articleThe Pandemic in the U.S. Has Vastly Improved. For These Families, the Worst Has Just Begun.