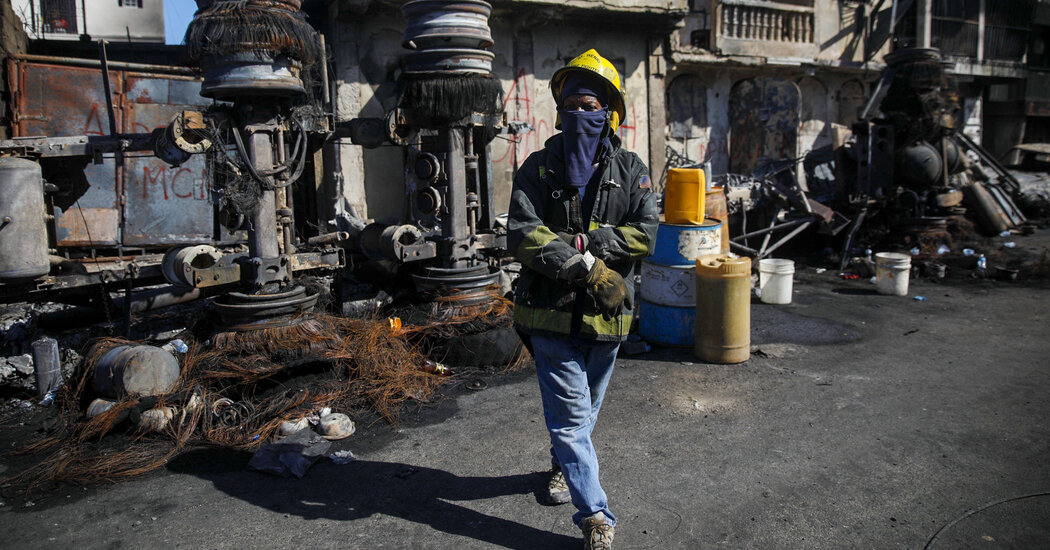 “The state is guilty in what happened,” said Jhonky Joseph, 22, a student who lost some of his classmates in the fire and was standing outside. “Where there is no state, you will see these kind of things.”

The injured also included those who were trampled as people fled the scene, according to officials. Doctors Without Borders said in a statement that it had dispatched a medical team to Cap-Haïtien, where six patients were airlifted to Port-au-Prince and admitted to the organization’s hospital. Haiti’s Civil Protection service said some 15 people had been evacuated by air and taken to specialized medical centers.

Haiti’s health and emergency services, long in a state of disrepair, have been battered by the recent cascade of tragedies, including a devastating earthquake and flash floods, disasters that left over 2,000 dead and many more injured and displaced.

The natural disasters have been compounded by poverty, hunger and increasing violence.

In recent months, the severe fuel shortage pushed the nation even deeper into collapse. Gangs, not the government, now control large areas of the country, and they have taken advantage of the need for fuel, hijacking gas trucks at will and blocking deliveries. Many truck drivers refused to work in October, in a nationwide strike that paralyzed the country.

In the capital, Port-au-Prince, gangs have become increasingly brazen, kidnapping people en masse and targeting everyone from school children to local religious leaders.

In October, 17 people associated with an American Christian aid group were kidnapped, including several children, after visiting an orphanage. Only five have been freed so far. The gang that detained the hostages, called 400 Mawozo, initially demanded a ransom of $17 million for their release.