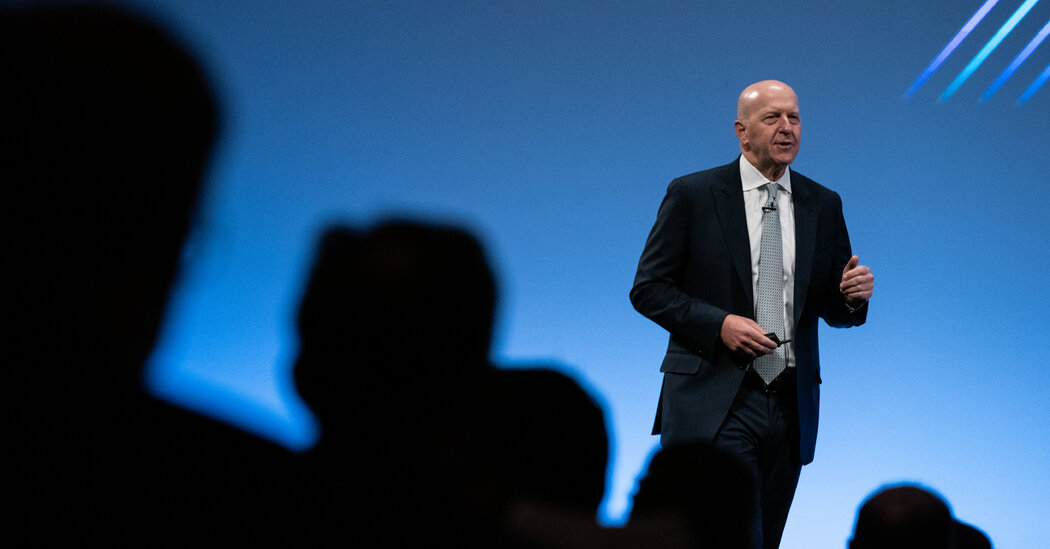 Late in March, Gregg Lemkau, the longtime co-head of investment banking and an executive who was widely considered a potential Goldman C.E.O., sent a Twitter post about getting up during the wee hours to work remotely from his home in Hawaii, which is six hours behind New York.

He soon got a call from Mr. Solomon, who was not pleased with the perception of the message, say three people with knowledge of the call. The two executives argued, those people said, over whether Mr. Lemkau should return to New York. They settled their differences and Mr. Lemkau stayed put for two months before flying back. In mid-November, Mr. Lemkau, then 51, announced plans to retire from Goldman to become chief executive of the family investment office of Michael Dell, the billionaire founder of the computer company.

“The reaction was overwhelming,” said Mr. Lemkau in a podcast weeks later. The memories colleagues shared, he said, underscored how his treatment of other people had defined him. “Not the big deals I did, not anything formal I did, but the little things that you did that made a difference in their lives,” he reflected, “it sort of makes you feel like, ‘Damn, I’m glad it was worth doing all that stuff.’”

Mr. Lemkau has told people privately that his departure had nothing to do with his tiff with Mr. Solomon.

The exodus picked up steam this year. Last month, Michael Daffey, who had led the global markets division, retired.

Then, this week, Eric S. Lane, co-head of the firm’s asset-management business and also viewed as a contender for the Goldman C.E.O. role, took a senior role at a large hedge fund. Karen Patton Seymour, the firm’s general counsel since 2019, also left, and plans to return to her former law firm, according to internal emails. All were members of the management committee, and all but Ms. Seymour had long tenures at the firm. Around the same time, Omer Ismail, head of Goldman’s Marcus consumer business, left to run a new financial-technology venture that has been seeded by Walmart, taking a deputy who had overseen the firm’s Apple credit card partnership along with him.