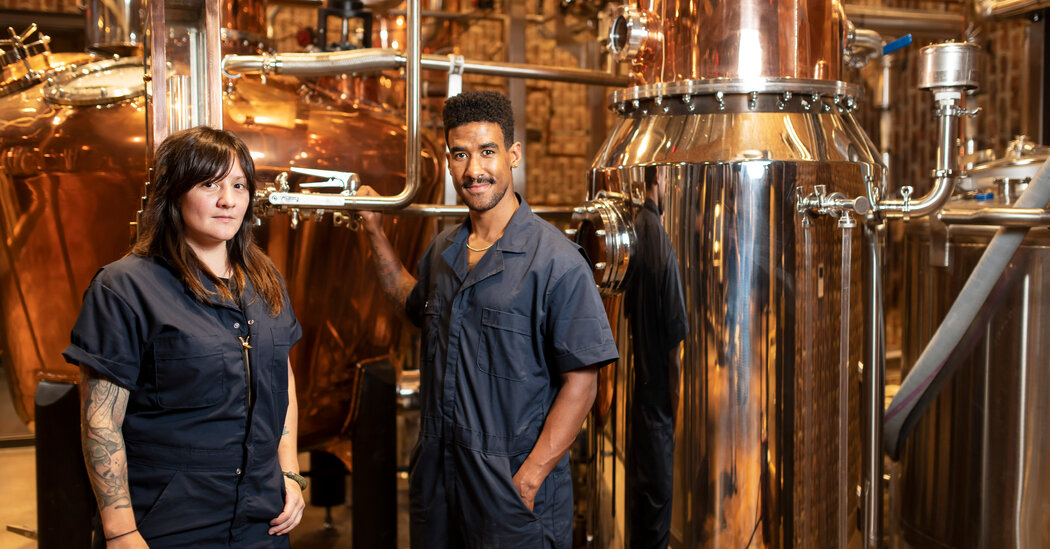 In late August, when the Great Jones Distilling Company opens its doors, Manhattan will have its first legal whiskey distillery since the advent of Prohibition in 1920.

Aside from its stunning 500-gallon still, the 28,000-square-foot, four-story space in NoHo will feature a cocktail bar; an event area; a restaurant helmed by the chef Adam Raksin, formerly of Per Se, to open in September; and a speakeasy-style tasting room. A gift shop will sell three kinds of whiskey, aged between four and five years old: a bourbon ($39), a rye ($39) and a four-grain bourbon ($49) made with corn, malted barley, rye and wheat. The latter two will be available only at the distillery.

Great Jones is the dream of Juan Domingo Beckmann, an 11th-generation spirits maker and chief executive who is the founder of Proximo Spirits, a liquor company based in Jersey City, N.J., that owns the new distillery, and whose family owns and operates the tequila giant Jose Cuervo.

“Up until this point, most great American cities have a major distillery to call home, with one notable exception — Manhattan,” said Mr. Beckmann (though a vodka distillery, Our/New York, did open in Chelsea in 2018). In the past 20 years, interest in and sales of American whiskey have skyrocketed, and new craft distilleries have opened coast to coast. “New York is my second home and I’ve always been in love with the culinary scene,” he said. “I wanted to create a whiskey that celebrates the best of New York state agriculture.”

The head distiller is Celina Perez, working alongside the assistant distiller Jelani Johnson; both worked with Owney’s Rum in Brooklyn and put in time at Black Dirt Distillery in Orange County, N.Y., which Proximo bought in 2018.

Opening any distillery presents a host of challenges. But to hear what it took to make Great Jones a reality in Manhattan is to partly understand why such a business hasn’t opened in a century.

“This was an engineering feat to say the least,” said Andrew Merinoff, the project manager. “We really helped write the playbook for what this will take in New York City.”

The Vendome still, made by the famous Kentucky-based metal works of the same name, is kept inside a two-story explosion-proof glass chamber, an unusual setup that looks like a room inside Willy Wonka’s chocolate factory. Because of a quirk in local zoning, which forbids distilling above the second floor, the floor the still stands on was lowered five feet. And since Great Jones Alley, which runs behind the building, is not open to trucks, a forklift must ferry finished spirit down the cobblestone alley at times agreed upon with the neighbors to a truck waiting on the adjacent street.

The search for an appropriate building took more than a year, and the team almost gave up and started looking outside Manhattan, before finally finding the Broadway building. According to Mr. Merinoff, there are only about 120 buildings in Manhattan that conform to the M1-5 zoning that would permit the distilling of alcohol. Just as everything was finally coming together in spring 2020, Covid hit and plans to open were pushed back.

Step one in the six-year journey for Mr. Beckmann was to have whiskey available for the opening. Distilling started at Black Dirt five years ago, and whiskey distilled at Great Jones — which is made using only New York State grains — will continue to be sent to Black Dirt to age.

All of this raises a big question: Why insist on Manhattan when setting up a distillery anywhere else would be so much easier?

“Manhattan does seem to be the one market that has not embraced or capitalized on this whiskey renaissance,” said Mike Keyes, a career spirits executive and the chief executive and president of Proximo Spirits. “It just felt really noticeably absent for the most vibrant and energetic city in America.”