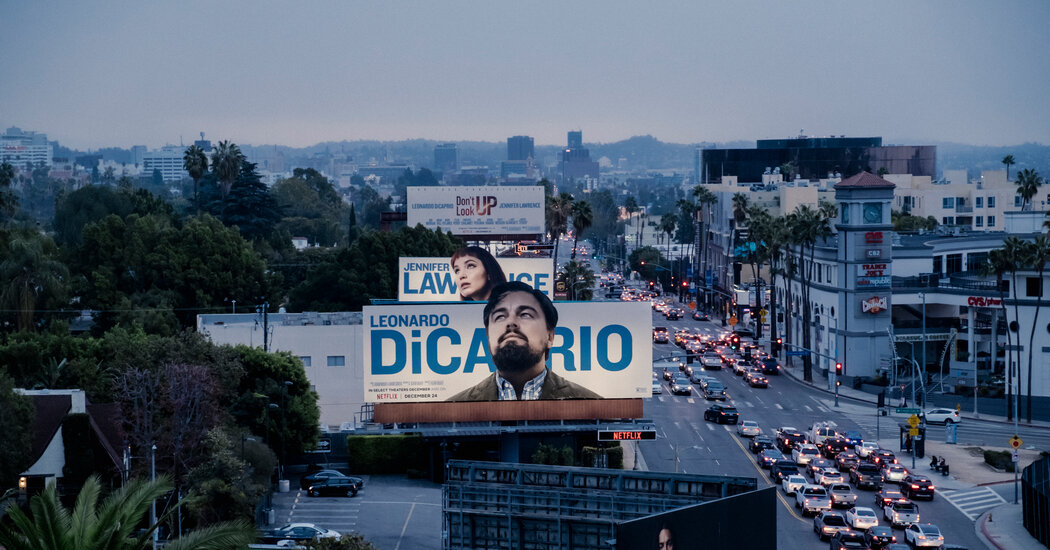 “Stars matter more than ever,” said Bryan Lourd, the Creative Artists superagent who orchestrated the “Knives Out” deal. “When stars meet material that is their fastball, it cuts through all the noise.”

There are other explanations for the barrage. In a severely disrupted marketplace, stars are seeking safety in numbers; no one person can be held responsible for failing to deliver an audience, as with “Nightmare Alley.” Movie marketing has also changed, becoming less about carpet-bombing prime-time TV with ads and more about tapping into social media fan bases. Ms. Grande has 284 million Instagram followers. (Pity Mr. DiCaprio and Mr. Holland, with only about 50 million apiece.)

Ms. Basinger, who founded Wesleyan University’s film studies department, noted that individual star power has faded. Studios have become fixated on intellectual property — pre-existing franchises and characters. As a result, there has been less of a need to manufacture new stars and keep the older ones burning hot; Iron Man, Dominic Toretto, Wonder Woman and Baby Yoda are the stars now.

“In the old days, movie stars were the brands,” she said. “They reached the whole audience. Not a slice of the audience. Everybody. But that all fell apart. Now, it’s about adding up niches.”

In other words, few stars remain bankable in and of themselves, requiring Hollywood to stack casts with an almost absurd number of celebrities. Flood the zone.

And don’t forget Hollywood’s favorite game: Follow the leader. “The Avengers: Endgame,” which packed its cast with Robert Downey Jr., Don Cheadle, Chris Hemsworth, Scarlett Johansson, Chadwick Boseman, Jeremy Renner, Paul Rudd, Elizabeth Olsen and a dozen other boldface names, became one of the highest-grossing movies of all time in 2019. On a much different scale, an all-star remake of “Murder on the Orient Express” in 2017 was also a box office winner.

“It’s trendy at the moment,” Tim Palen, a producer and former studio marketing chief, said of what he called an “all skate” approach to casting. “Not new but certainly symptomatic of the battle for attention that’s raging.”

Inflation came in strong and wage growth remained elevated at the end of 2021, setting the stage for a challenging economic year in...
Read more
Business

Divorcing Couples Fight Over the Kids, the House and Now the Crypto

“Francis has been less than forthright with his ever-changing stories,” Ms. deSouza’s lawyers claimed in one filing.No secret stash ever materialized. A spokeswoman...
Read more
Business

And if the conflict is prolonged, it could threaten the summer wheat harvest, which flows into bread, pasta and packaged food for vast...
Read more