How to Make Ham 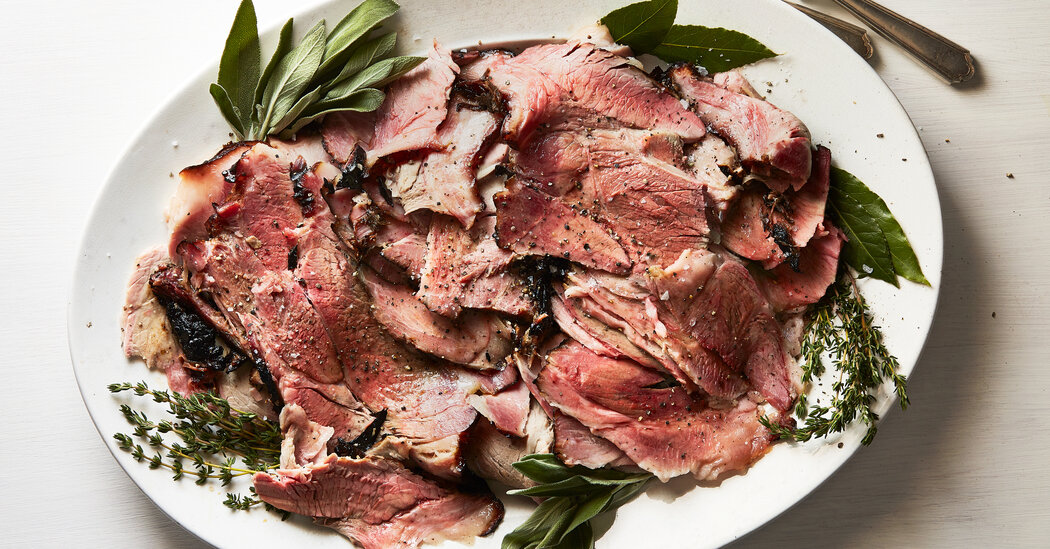 Ham of the smoked, wet-cured variety is surprisingly easy to make at home, but you’ll need time, refrigerator space and one special ingredient: pink curing salt. Also known as Prague powder #1 (named for where it was originally developed), it contains 6.25 percent sodium nitrite, a naturally occurring compound that gives ham (not to mention pastrami, corned beef and bacon) its rosy hue and rich umami flavor. More important, the compound prevents botulism and other bacterial contamination.

In large quantities, sodium nitrite can be toxic, so manufacturers tint the curing salt pink to prevent it from being inadvertently used as a seasoning. Pink curing salt is available online. (Two good brands are the Sausage Maker and Hoosier Hill Farm.) Do not confuse it with Himalayan pink salt, which is pink-tinged regular sodium chloride and has no antibotulism properties.

Over the years, sodium nitrite has been embraced and vilified. (The vilification was on the basis of a questionable scientific study done more than 30 years ago.) Numerous studies deeming sodium nitrate safe when used at appropriate levels have since exonerated it. And it turns out that sodium nitrite is also found in many plants, such as arugula and celery. It doesn’t deserve its bad rap.

In terms of equipment, you’ll need a stockpot, bucket or three-gallon heavy-duty resealable plastic bag for brining and a marinade injector, which looks like an oversize hypodermic needle. You’ll use it to inject the brine deep into the meat, accelerating the curing process and making you feel a little like a mad scientist when using it.

Finally, you’ll need a way to smoke your ham: A kettle-style grill or other charcoal-burning grill with a lid does the job nicely. Set up your grill for indirect grilling and heat to 250 degrees, adjusting the top and bottom vents to control the airflow. (More airflow raises the heat; less lowers it.)

The other trick to achieving the requisite low smoking temperature is to use less charcoal (preferably natural lump) than you normally would. Add soaked, drained hardwood chips, such as apple or hickory or unsoaked wood chunks to the coals at regular intervals to obtain a light but steady stream of smoke. Alternatively, smoke your ham in a smoker.