Home Food How Truck Drivers Cook on the Road
Food 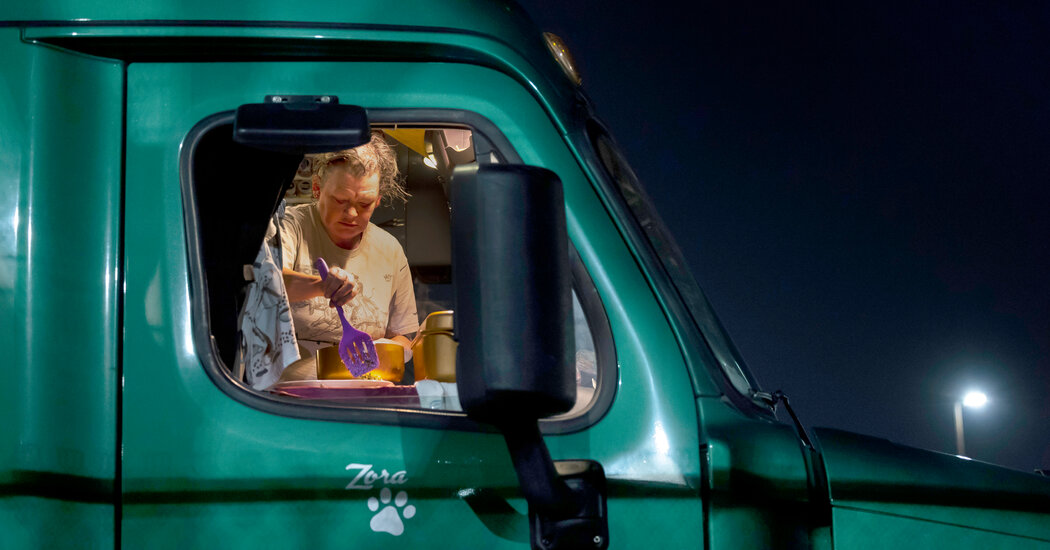 “You kind of have a temporary family you are having Christmas dinner with,” said Ms. Fanjoy, 48. Each holiday season, she hangs a stocking in her driver’s-side window, and on Christmas Eve, she pours herself a mug of hot chocolate — a tradition she used to enjoy with her family while driving around neighborhoods looking at holiday lights.

Not every trucker celebrates Christmas. Rafique Smith, 33, a driver from Philadelphia, treats it like any other working day, and this year will probably eat a simple meal like pan-seared salmon, or a tuna wrap. (For Ramadan, on the other hand, he breaks his fasts at Outback Steakhouse.)

Sunny Grewal is usually more concerned with going home to Fresno, Calif., for Diwali, the festival of lights, celebrated each fall in India and its diaspora. One year, he was called to work during Diwali, so he had shahi paneer and naan from a local restaurant delivered to his truck.

It’s easiest not to plan too much for the holidays, said Mr. Grewal, 32. There’s always a chance he’ll be asked to make a delivery, and his plans will be disrupted.

Ms. McKinney, the driver who stopped to cook in Connecticut, has a more positive outlook. She is considering starting a YouTube channel to teach people how to cook in trucks, and show that trucking can be a great way to live.

“There are so many things we can’t control,” she said, “and so for us to put ourselves in harm’s way on a daily basis multiple times a day, there just has to be a place where I can go where I can have some peace and quiet.”

And what better oasis, she said, than a well-stocked, well-organized kitchen?