In Canada, Another ‘Horrific’ Discovery of Indigenous Children’s Remains 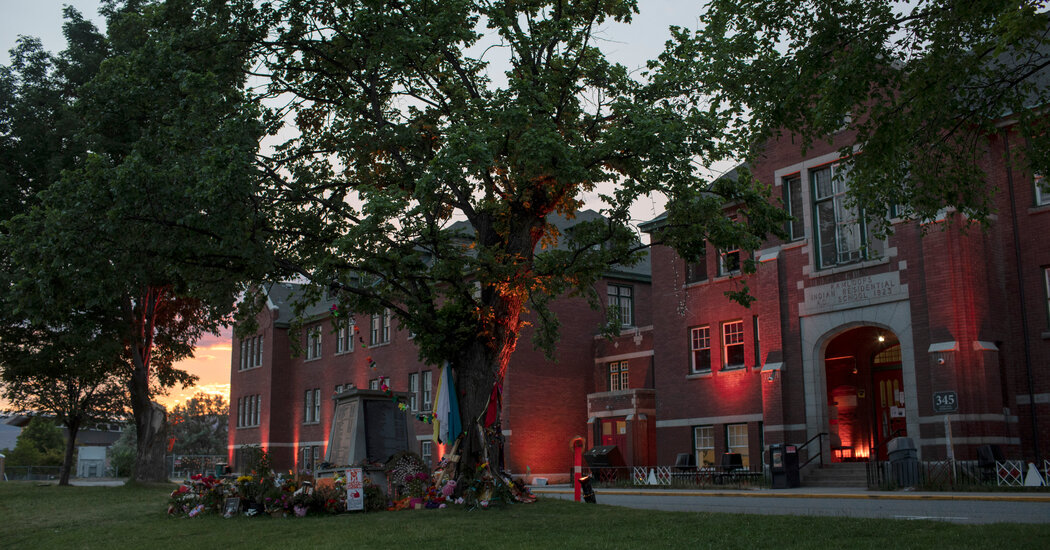 When the commission attempted to look into the question of missing Indigenous children, the Conservative government at the time turned down its request for money to finance searches. Now, several federal governments have offered to fund searches after the Kamloops discovery. On Tuesday, the government announced that it would provide just under 4.9 million Canadian dollars (about $3.9 million) to Indigenous communities in Saskatchewan to search for graves. The provincial government previously committed 2 million Canadian dollars ($1.6 million).

In a statement, Scott Moe, the premier of Saskatchewan, predicted that remains of more children would be found elsewhere. “Sadly, other Saskatchewan First Nations will experience the same shock and despair as the search for graves continues,” he wrote.

Like Kamloops, the Marieval school, which opened in 1899, was operated for most of its history by the Roman Catholic Church for the government of Canada. A marked cemetery still exists on the grounds of the school, which closed in 1997 and was subsequently demolished. The commission, relying on testimony from former students and archival materials, listed the Marieval school as a likely site for unmarked graves.

The commission called for a papal apology for the role of the church, which operated about 70 percent of the schools. (The rest were run by Protestant denominations.) But despite a personal appeal from Mr. Trudeau to the Vatican, Pope Francis has still not taken that step. By contrast, the leadership of the United Church of Canada, the country’s largest Protestant denomination, apologized for its role in running schools in 1986.

Former students of the Saskatchewan residential schools were particularly active in litigation against the government, resulting in financial settlements and the establishment of the commission, which heard testimony from more than 6,700 witnesses over six years.

Since the Kamloops announcement, Chief Cameron said, he has been traveling around the province, where farming and mining are major industries, looking at former school sites.

“You can see with your plain eye the indent of the ground where these bodies are to be found,” he said of some locations. “These children are sitting there, waiting to be found.”