Home Food In Louisiana, Alligator Finds a Place at the Tailgate
Food

In Louisiana, Alligator Finds a Place at the Tailgate 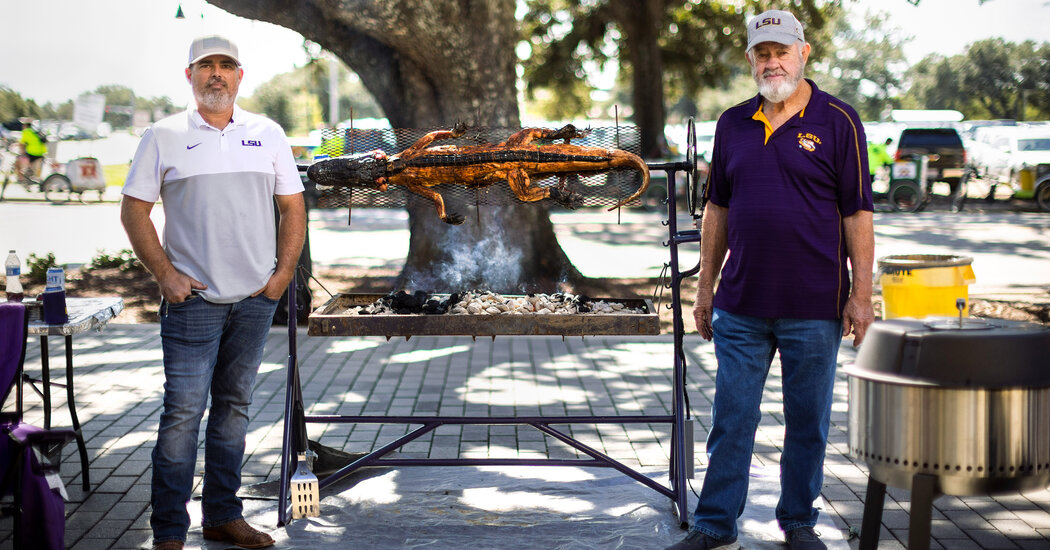 The alligator was so grateful, it asked to be made a part of the tribe’s culture. This gave the tribal members permission to name themselves after the alligator, creating a new Coushatta clan, said Eli Langley, 23, a tribal storyteller and activist familiar with the tribe’s history.

The Chitimacha Tribe of Louisiana mostly roasted alligators whole over a fire or deep-fried them in bear oil, said Kimberly Walden, 51, the tribal historic preservation officer. “Being as large as they were, they were a really convenient food source,” she said.

When French government officials tried to establish alliances with Native Americans in the area before Louisiana was a colony, Chitimachas provided them with an alligator feast, Ms. Walden said.

Cajuns, Acadian people from France who had been expelled from Canada, arrived in the late 1700s.“We always had this relationship of friendship and communal aspect with Cajuns,” said Mr. Langley of the Coushatta tribe. “It was almost an oppression kinship or something. We’d both been driven out of our lands. We shared traditions and our knowledge of the land.”

When the Chitimacha people were enslaved in the 1700s, a female tribal member struck an approaching alligator on the nose with a stick to get it to retreat, teaching the colonist who enslaved her that it wasn’t necessary to shoot the animal, Ms. Walden said.

Teaching outsiders how to hunt and eat alligators likely came naturally when someone inquired how the Chitimacha thrived off the land, Ms. Walden said. “We knew how to take care of ourselves,” she said. “We try not to toot our own horn, but logically, you come into an area you’re unfamiliar with, you’re going to need someone to help you survive.”

The swamp became a pantry for Cajuns and Creoles, Mr. Folse said. “If we kill it, we eat it,” he said, as he positioned and tied his seasoned alligator onto a wire cage to roast and smoke during the Tigers-Gators game.