Home Food Is This the Oldest Bottle of American Whiskey? Is It Worth $40,000?
Food

Is This the Oldest Bottle of American Whiskey? Is It Worth $40,000? 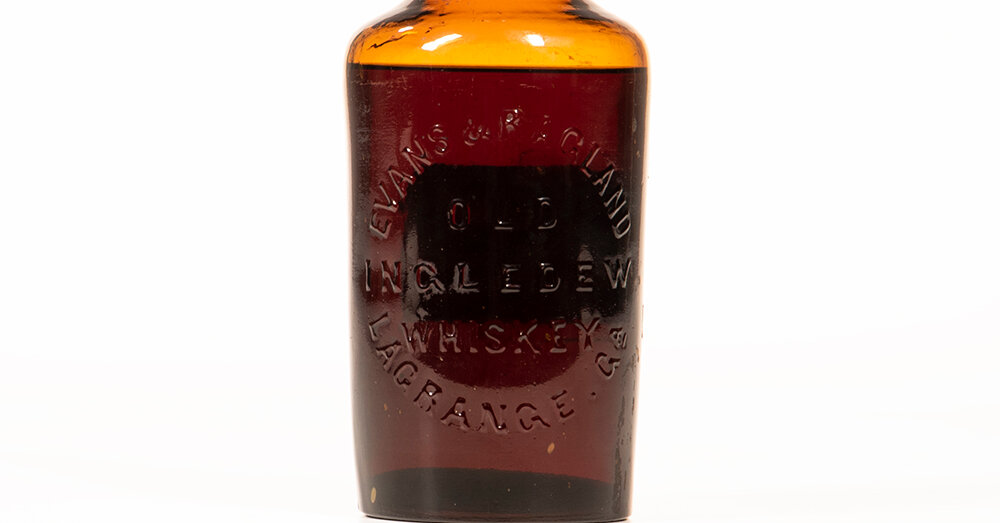 When Joseph Hyman, a rare spirits specialist for Skinner Auctioneers, first examined the brown-glass flask that his employer was preparing to sell, he already suspected it was one of the oldest bottles of American-made whiskey he’d ever seen.

For one thing, it was embossed with the name “Evans & Ragland,” a grocer and whiskey bottler that operated in LaGrange, Ga., for about a decade after the Civil War. And a typed note taped to the back suggested that the whiskey had been distilled before 1865, since there were no known distilleries in Georgia after the war that might have sold it to Evans & Ragland to bottle. Mr. Hyman figured it might have been made in the 1850s, then stored until after the fighting ended.

To authenticate it, Mr. Hyman used a syringe to extract a small sample and worked with labs at the University of Georgia and the University of Glasgow to analyze it. The results shocked him: Radiocarbon dating indicated, with 81 percent accuracy, that the whiskey was distilled between 1763 and 1803, making it by far the oldest American whiskey in existence.

“It was a cool story beforehand,” Mr. Hyman said. “But once the tests came back, it became a monster of a story. It’s still blowing my mind.”

Skinner plans to sell the bottle in late June, and expects a hammer price of up to $40,000 — evidence of the booming interest in rare American whiskey, especially whiskey made before Prohibition. But even if Mr. Hyman is right — and some skeptics have taken issue with his conclusions — the bottle’s provenance asks more questions than it answers about some of the deeper reaches of American whiskey history.

Even without its record-setting age, the whiskey is an intriguing piece of Americana. The grandfather of the current owner, who remains anonymous, received it as a gift from Gov. James F. Byrnes of South Carolina, a former U.S. Supreme Court justice and close friend of President Franklin D. Roosevelt.

Mr. Byrnes received it from Jack Morgan, the son of the financier J.P. Morgan, who also gave bottles of the same whiskey to Roosevelt and Harry S. Truman. Though Jack Morgan wasn’t much of a drinker, his father was, and owned a renowned wine and spirits collection that included whiskeys that were already ancient by the time he bought them in the late 19th century.

This particular bottle came as part of a large set of bottles, mostly Maryland rye, that he bought from a wealthy Baltimore landowner around 1900. But how it got from LaGrange, a small city southwest of Atlanta, to Baltimore, no one knows.

The more intriguing question, Mr. Hyman said, is how the whiskey got to Evans & Ragland in the first place. Although by the mid-19th century there were several large commercial distilleries along the East Coast and the Ohio River Valley, most whiskey, especially in Georgia, was made by small farmers, who used it to barter or sold it to retailers like Evans & Ragland.

“Everybody was distilling any kind of produce they had left over, because if they didn’t it would rot,” he said. “It was a way to extend the growing season into the winter.”

But how to explain the gap of more than 50 years between distillation and bottling? The whiskey could not have sat in a barrel that whole time, Mr. Hyman said; it would have evaporated through the wood.

Instead, he speculates that it was aged briefly in a wooden barrel, then stored in a glass or ceramic container called a demijohn, a common practice at the time. Perhaps forgotten, it could have sat in a warehouse or barn for decades before someone discovered it.

For example, the bottle says that the whiskey came from the “Old Ingledew” distillery, a name that appears almost nowhere else in the historical record, not even in the Troup County Archives in LaGrange. Did “Old Ingledew” even exist? Or was it a name conjured up by Evans & Ragland to give some prestige to a local farmer’s hooch?

It’s not even clear what, exactly, the liquid is. It’s not bourbon, as some reports have called it. A separate chemical analysis showed that the main ingredient was corn, making it similar to bourbon — though no one would have used that term, which emerged in the early 1800s in Kentucky.

At the time, drinkers would surely have called it whiskey, a catchall term for grain-based spirits, but today there are federally enforced rules about what does and does not qualify as whiskey or bourbon, like whether it was aged, and in what sort of barrel.

The lack of answers has some whiskey historians wondering if Mr. Hyman is drawing too firm a conclusion from too thin a stack of evidence.

“I’m skeptical that it really is from the 18th century,” said Michael R. Veach, the author of “Kentucky Bourbon Whiskey: An American Heritage.” “It wouldn’t have been aged. It would have been put straight into a jug, because it was like money, and if you had put it into a barrel some of it would have been soaked into the wood and lost.”

Adam Herz, the founder of the L.A. Whisk(e)y Society who has confirmed the age of several bottles of mid-19th century whiskey, questioned whether the analysis was rigorous enough, saying it should have been conducted with control samples and peer review (though he also admits to his own potential bias: He holds the record for identifying the bottle of American whiskey, a rye made in 1847, previously thought to be the oldest).

Mr. Hyman stands by the analysis, noting that the lab at the University of Glasgow is widely regarded as the best in the world for dating old whiskey.

Of course, for many would-be buyers, there’s a question just as important as where the whiskey came from: What does it taste like?

Mr. Hyman said he managed to keep aside a few drops of his sample, which he rubbed on his hand, smelled, then put to his lips.