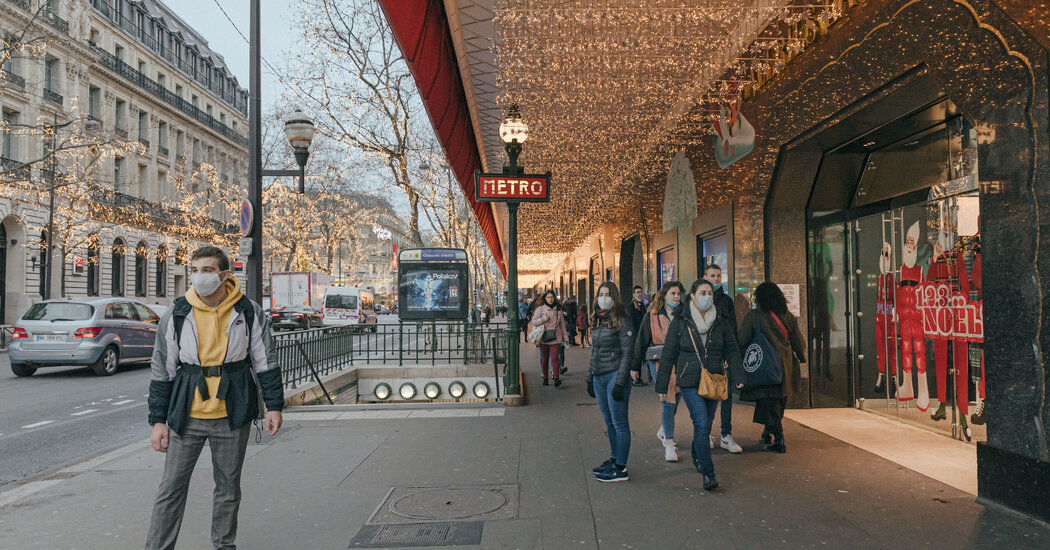 As the Omicron variant drives known coronavirus cases to their highest levels of the pandemic in many parts of the world, major cities where caseloads are rising swiftly have scaled down or canceled New Year’s Eve events for a second consecutive year.

The United States on Thursday shattered its record for new daily coronavirus cases for the second day straight.

Dr. Anthony S. Fauci, the nation’s top infectious disease expert, recommends having small gatherings with family and friends at homes where people are vaccinated with booster shots, citing a low risk for infection.

Here’s a look at how Omicron has forced some cities to change their plans for Dec. 31:

Mayor Bill de Blasio announced a downsizing of the celebration in Times Square to at most 15,000 guests, nearly a quarter of the usual amount, who will be allowed in at 3 p.m. at the earliest. Attendees will be required to wear masks and show proof of full vaccination.

Several Los Angeles County holiday events have been canceled, including the New Year’s countdown in Grand Park, which will now be streamed.

All First Night Boston events have been moved outdoors, and vaccinations, booster shots and rapid tests will be available at the festivities.

The city’s Peach Drop, an outdoor celebration that typically draws thousands, was canceled.

With staffing shortages of municipal workers brought on by Omicron infections, the city canceled its New Year’s Eve fireworks show.

There will be no spectators allowed at the Space Needle’s fireworks show. People can watch on a livestream instead.

Sadiq Khan, the mayor of London, announced last week that the New Year’s Eve event in Trafalgar Square was canceled, saying, “The safety of Londoners must come first.”

Paris has canceled its celebration, which was to include fireworks over the Champs-Élysées. Large public parties are also banned. Additionally, wearing masks outdoors is mandatory, beginning Friday.

Celebrations have been scrapped in several Italian cities, including Rome and Venice. Outdoor events have been banned, and nightclubs will be closed through January.

Berlin’s annual New Year’s Eve party at the Brandenburg Gate will go on, but without an audience. The performances will be live on television. Gatherings are limited to a maximum of 10 people.

Shibuya Crossing in Tokyo typically attracts tens of thousands of people for one of the biggest New Year celebrations in the world. This year, like last year, the revelry has been called off. Public drinking has been banned in Shibuya on Dec. 31 and Jan. 1.

The Delhi Disaster Management Authority has banned all social, political and cultural gatherings, including Christmas and New Year celebrations, according to The Economic Times newspaper.

Cape Town is still allowing New Year’s Eve gatherings, but several restrictions are in place. Masks are required in public areas and nightclubs are closed.

The authorities banned New Year’s Eve celebrations throughout Morocco, including in Casablanca, its most populous city. There will be a curfew from midnight to 6 a.m.

There is a ban on New Year’s Eve fireworks across Uganda, including in Kampala, the capital. Nighttime religious services are also prohibited.

Large public festivities have been canceled across much of Spain. One exception is Madrid, where a crowd of up to 7,000 people is allowed to gather at the central Puerta del Sol square.