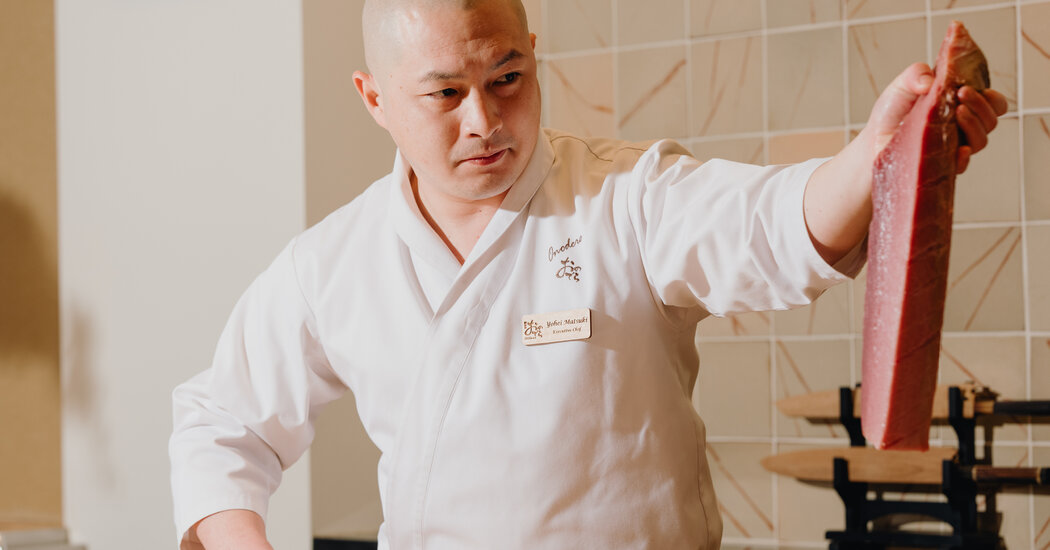 Sushi quickly wriggled out of its immigrant status to become a novelty — the culinary accessory to a particular kind of 1980s Hollywood lifestyle — and then, slowly but surely, an inextricable part of the city’s food culture.

Now we have grocery-store sushi, pharmacy sushi, vegan sushi, fusion sushi. We have impressive caviar-punctuated omakases and dragon-roll specials so corpulent and substantially garnished that they require steak knives.

We have glamorous sushi mini-chains, and sushi counters attached to burger joints. We have cream cheese-buffered hand rolls sliced in anonymous ghost kitchens, and chirashi pop-ups inside people’s own homes. We have D.I.Y. sushi kits made with truly good seafood.

We have it all, and though most of the raw fish eaten across the country is still salmon and tuna fillets, the best sushi chefs express seasonality through a mind-boggling, shifting diversity of seafood, never fetishizing just one kind or just one cut. They know what you want, and sometimes even what you don’t yet know you want.

Even among chefs known for signature sushi — whether photogenic, Nobu-inspired sashimi, or uni-capped custards — the real specialty is their range.

It was nearing midnight on Day 8 of a two-week photo shoot when I rolled out dough for a sheet of graham crackers....
Read more