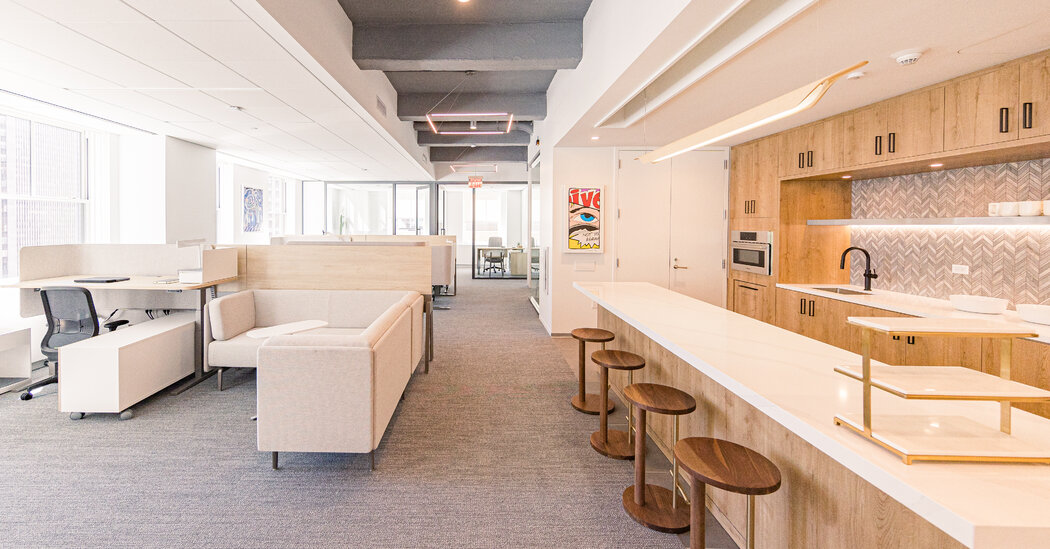 “It used to be like, ‘Wait, why is that guy onscreen? If he wanted a meeting, why didn’t he come to SoHo?’” said Leslie D. Biddle, a partner at the financial firm Serengeti Asset Management, whose offices are on Broadway in downtown Manhattan. “And that mentality has really changed.”

Ms. Biddle renegotiated her lease in the middle of the pandemic and the protests last year that preceded looting in SoHo. Serengeti moved to another floor in the same building, cut its overall space by half and received a deep rent cut, she said. Several rooms were also equipped with video screens to accommodate video calls.

Now, as the firm’s 22 workers prepare to return to work more regularly, Ms. Biddle is contemplating a three-day in-person week organized by team. Those who choose to work from the office full time will most likely have dedicated desks, she said, whereas those working fewer days may have to share.

RXR Realty, which is now pitching “prebuilt” office space at its 75 Rockefeller Plaza building, where Bank of America is a tenant, expects to be asked for accommodations like Serengeti’s. Its 21st-floor showroom features modular furniture that can be easily moved and walls that can be relocated over a weekend by a single technician, rather than a fleet of glass experts, painters and carpenters.

For a cost of $9,000 a year, RXR has also installed motion sensors that help track the number of people using each space at a time and how often the spaces are used. Such data, RXR believes, will help inform changes to the way each office suite is laid out, transforming underused conference rooms into individual offices, for instance, or removing the desks from unpopular seating areas and turning the areas into lounges instead.

“Everything we have is modular,” said Scott Rechler, the chief executive of RXR, “so as everything begins to shift, you can actually move the walls over a weekend.”