Mark Zuckerberg and Sheryl Sandberg’s Partnership Did Not Survive Trump 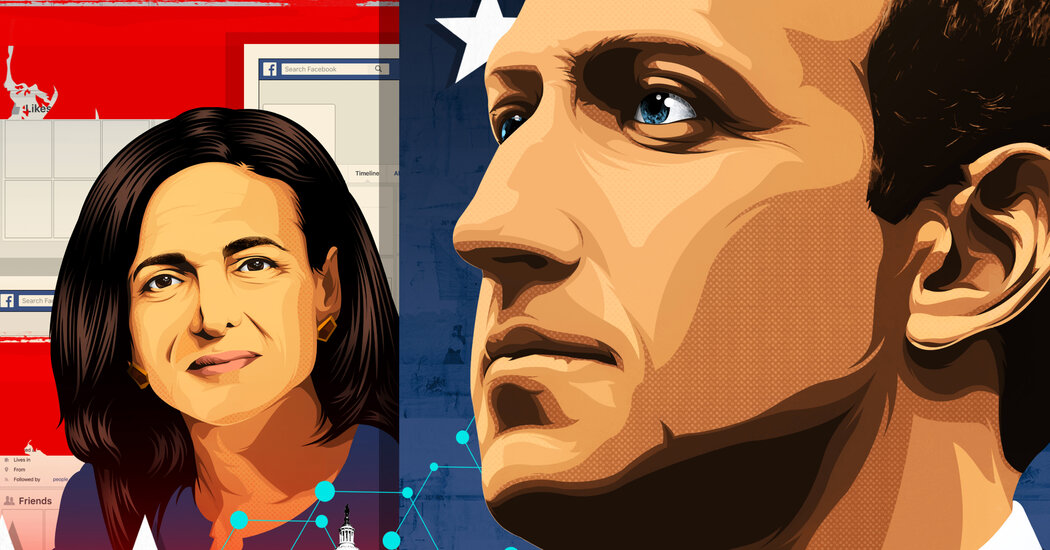 To Ms. Sandberg, the move to Facebook, a company led by an awkward 23-year-old college dropout, wasn’t as counterintuitive as it might have appeared. She was a vice president at Google, but she had hit a ceiling: There were several vice presidents at her level, and they were all competing for promotions. Eric Schmidt, then the chief executive, wasn’t looking for a No. 2. Men who weren’t performing as well as she was were getting recognized and receiving higher titles, former Google colleagues maintained.

“Despite leading a bigger, more profitable, faster-growing business than the men who were her peers, she was not given the title president, but they were,” recalled Kim Scott, a leader in the ad sales division. Ms. Sandberg was looking for something new. She said yes to Facebook.

Mr. Zuckerberg brought in Ms. Sandberg to deal with growing unease about the company in Washington. She professionalized the ragtag office there, which had been opened by a recent college graduate whose primary job was to help lawmakers set up their Facebook accounts. She represented Facebook as a member of President Barack Obama’s Council on Jobs and Competitiveness, along with other executives and labor union leaders. After one meeting of the council, she accompanied Mr. Obama on Air Force One to Facebook’s headquarters, where the president held a public town hall to discuss the economy. But soon, there were cracks in the facade.

In October 2010, she met with the F.T.C. chairman, Jonathan Leibowitz, to try to quell a privacy investigation. In his office, a relaxed and confident Ms. Sandberg began the meeting with a claim that Facebook had given users more control over their data than any other internet company and that the company’s biggest regret was not communicating clearly how its privacy policy worked.

The F.T.C. officials immediately challenged her, according to people who attended the meeting. Mr. Leibowitz noted that, on a personal level, he had watched his middle-school-age daughter struggle with the privacy settings on Facebook, which had automatically made it easier for strangers to find users like her. “I’m seeing it at home,” he said.

“That’s so great,” Ms. Sandberg responded. She went on to describe the social network as “empowering” for young users. Mr. Leibowitz hadn’t meant it as good news — and emphasized to her that the F.T.C. was deeply concerned about privacy.

Ms. Lever, the Facebook spokeswoman, described the meeting as “substantive,” with a detailed explanation of the company’s privacy policies. She added that the characterization of tension in the room “misrepresents what actually happened.”