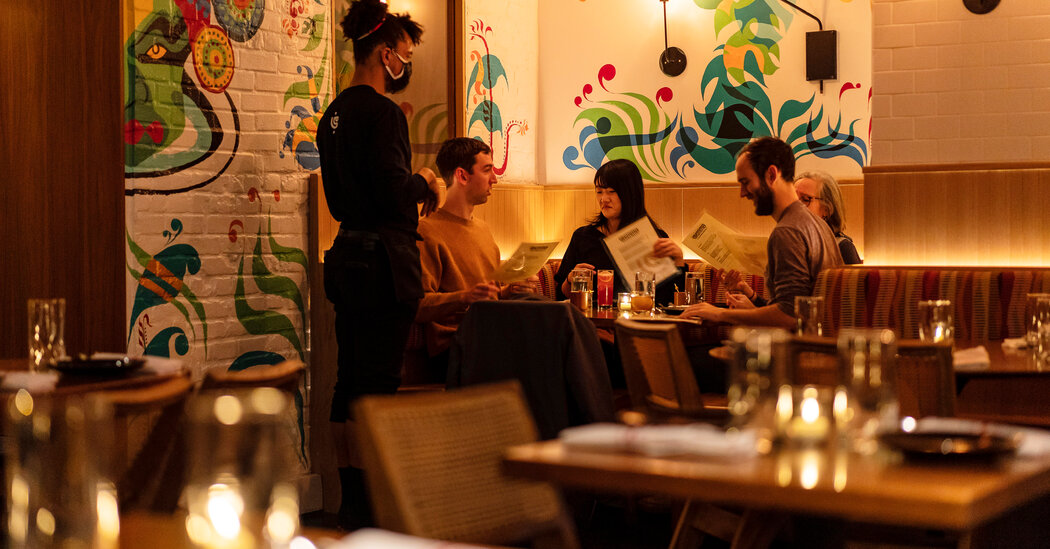 WELLS Yeah, I agree, and it’s particularly frustrating because it’s been almost two years since the virus arrived on our shores. I have two kids, both in high school, and both were sent home with rapid tests this week. Which is great, but it would have been greater if it had been going on for months already. The failure to provide tests, huge quantities of tests, and the failure to stress the importance of testing until very recently, are just maddening. Because unlike March 2020, we’ve had a lot of time to prepare.

RAO It’s embarrassing, actually. Sidebar, but because the symptoms of this variant have been reported as milder (which doesn’t mean mild, necessarily) I think a lot of people who were careful during the previous wave are feeling less careful now, but I’m terrified of losing my sense of smell again, among other things.

WELLS No, we don’t want you to get sick again! How is your nose, by the way?

RAO Oh, you know. Sensitive! Frightened! Exhausted! No, it’s fine. Thank you. I got my smell back completely, but unfortunately it’s a symptom you can experience again and again if you get sick, and there’s no guarantee it’ll come back again just because it came back once before.

WELLS Nobody has any idea what’s going to happen, right?

RAO I definitely don’t. I will say, I don’t feel as hopeless as I did before, as worried, because I’ve seen how restaurant people find new ways of doing things, or build new businesses in the margins, and I wish they didn’t have to, but they do.

WELLS I keep saying that restaurant people are like theater people — no matter what, the show goes on. As soon as I am fairly certain I’m not walking around with virus particles bursting out of my cranium, I’ll start doing review meals again.

RAO It’s so impressive to me that you’ve been on a regular review schedule for a lot of the pandemic. I wanted to talk to you, in part, because I feel like I have no idea what’s happening or what I should be doing! Everything changes day to day, and even my own risk assessment will change from day to day.

WELLS Yeah, government guidance for restaurant critics has been scarce!

WELLS A lot of restaurant workers aren’t even sure what they’re supposed to be doing: How long are they supposed to isolate after an exposure, or after a positive test, etc.? I think a lot of us were feeling very confident that with the vaccines it was kind of game over, and now that we’re in the middle of yet another surge with its own patterns, it’s really hard to know what to do.