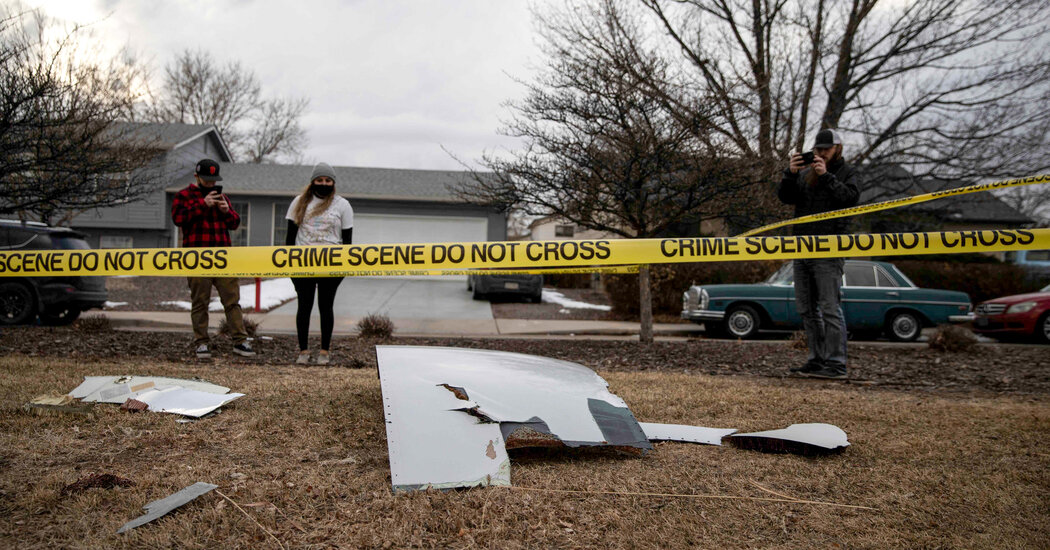 Broken fan blades have led to fatal accidents in the past. In 1989, a Boeing 737 crashed near Kegworth, England, killing 47 people, after a fan blade broke in one engine made by CFM International, and the pilots accidentally cut off fuel to the other engine.

In February 2018, an engine fan blade fractured during a United flight over the Pacific, resulting in an engine failure and loss of the cowling. Like the flight this past weekend, that plane was a Boeing 777 equipped with a PW4077 engine. The pilots were able to land the plane safely, in Hawaii, with no injuries to the 374 passengers and crew on board.

After investigating that episode, the N.T.S.B. placed blame on Pratt & Whitney, saying that one of its inspectors lacked the training needed to catch signs of a faulty blade, resulting “in a blade with a crack being returned to service where it eventually fractured.” In 2019, the F.A.A. ordered further inspections of the fan blades in those engines. More recently, the agency had inspected the fan blade fragment from the Japanese flight and had been considering whether to adjust inspections of the component, it said on Monday.

When airlines buy new planes, they can typically choose which engine to use. In some cases, they may even lease engines from a bank, according to Eric Jones, the chairman of the aviation maintenance science department at Embry-Riddle Aeronautical University.

United became the first customer of the Boeing 777 in the 1990s and chose to equip the jet with Pratt & Whitney’s new PW4000 engine. All Nippon Airways, another early customer, also chose that engine.

Once a major airline takes possession of a plane, it typically takes over responsibility for routine maintenance and inspections of all parts of the aircraft. Pilots circle planes before each flight, conducting visual inspections, including of the fan blades. Technicians run checks of various systems. When a part like an engine is need of deeper repair or inspection, it is often sent to a third party or the manufacturer itself for a look.

All of that has raised the stakes for courting coal miners.“Our guiding principle is the belief that we don’t have to choose between...
Read more
World