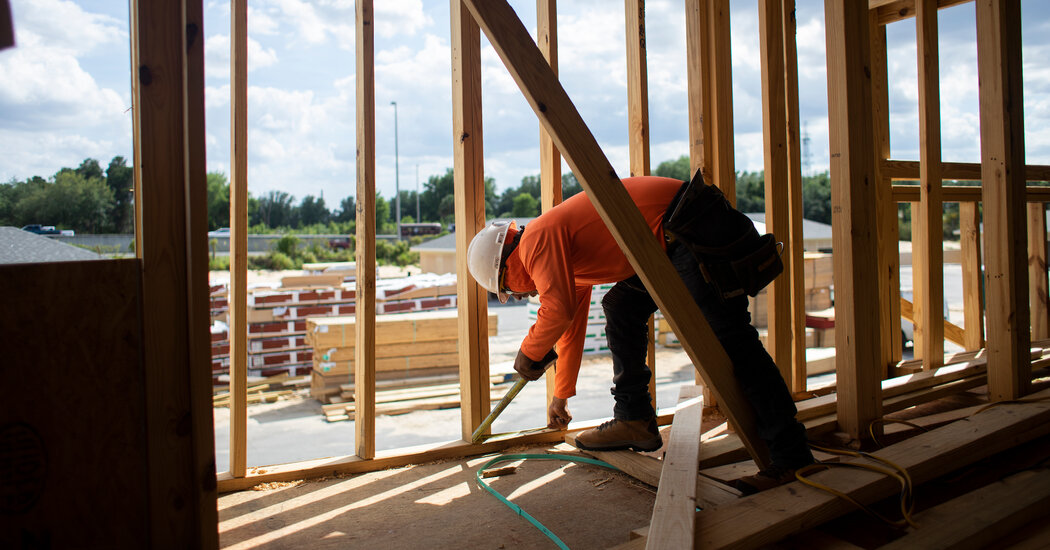 The recovery in the New York area as a whole has been uneven as some families have moved to the city, bidding up prices, while others are struggling to pay, said Jay Martin, executive director of the Community Housing Improvement Program, which represents landlords of mostly rent-stabilized housing.

“You have bidding wars for one unit, and then a renter who can’t pay,” he said. “A tale of two cities is happening within the same building.”

Drew Hamrick, the senior vice president of the Colorado Apartment Association, a landlord group, said the rise in rents is not driven by landlords but by market factors.

Even if there is a pullback in rents next year, today’s suddenly higher housing costs could make for a painful adjustment period. Higher rent costs can reverberate through people’s lives and force tough decisions.

Luke Martinez, a 27-year-old in Greenville, a town in East Texas, is contemplating buying a trailer and setting his family up on an R.V. lot after learning that he is losing the three-bedroom house he has been renting for about $1,000 per month since 2016.

“It’s insane the amount of rent, even in this little podunk town,” Mr. Martinez said.

He’s looking at paying up to $1,500 per month for a new place, which will be tough. After getting laid off at the start of the pandemic, he had been living partly on savings — padded by an insurance payout after his car was stolen and totaled. He returned to working in automotive repair only this week. His wife had been working the front desk at a hotel until two months ago, but she is now home-schooling their 8-year-old.

If they end up renting at the higher price, they will most likely afford it by forgoing a new car.

“It’s pretty much just scraping by,” he said of his lifestyle.