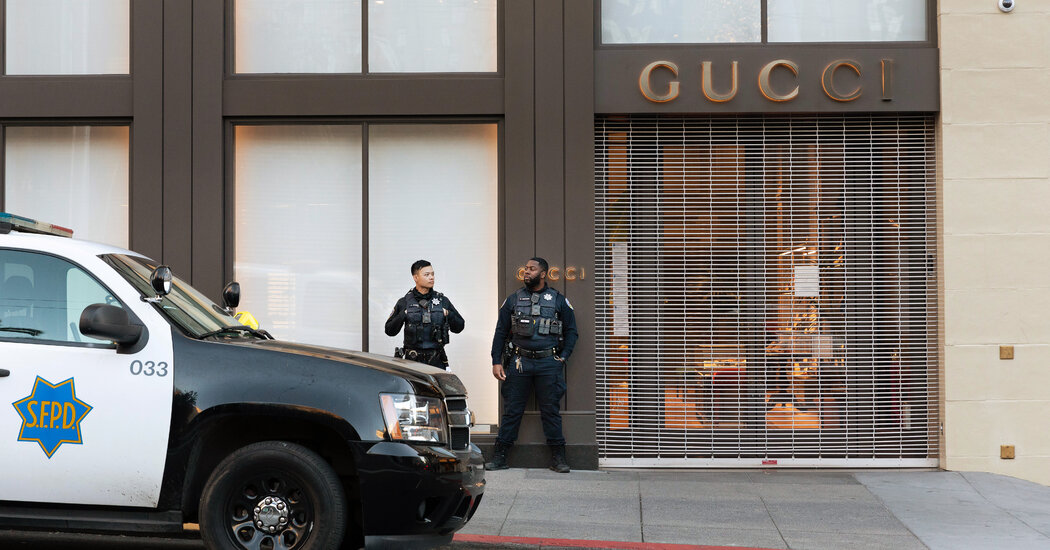 The anonymity reflects yet another instance in which criminals stymied by rules in the physical world can operate freely on the internet — an issue that has surfaced in problems involving misinformation, questionable advertisements and merchandise glorifying crimes.

Pawnshops, for example, are regulated in almost every state, said Richard Rossman, a sergeant with the Broward County Sheriff’s Office in Florida who is also part of the Coalition of Law Enforcement and Retail.

“If you’re going to sell an item to a pawnshop, the seller has to pledge that property is his or hers, it is not stolen, and the pawnshop documents the item appropriately on a state-regulated form and we can hold the seller accountable and the pawnshop accountable,” Sergeant Rossman said. “There’s no mechanism in place right now that requires the collection of that data on the online marketplaces.”

The coalition has gotten support from industry groups and retailers, including pharmacy chains, Home Depot and Ulta Beauty, on bipartisan legislation known as the INFORM Consumers Act. The bill would require online marketplaces to authenticate the identity of “high-volume third-party sellers,” including their bank account information and tax identification, and allow consumers to see basic identification and contact information for those sellers. The rule would apply to vendors who made 200 or more discrete sales in a year amounting to $5,000 or more.

Etsy, OfferUp and eBay said they supported the legislation after opposing a draft that raised privacy and safety concerns for sellers, especially people selling small-scale items like a couch or people with craft businesses at home. Etsy noted that mass-produced items were not usually allowed on its marketplace, even if they were being sold legitimately. Meta, which owns Facebook Marketplace, and the RealReal, which sells high-end secondhand goods, declined to comment on the legislation.

Meta said that Facebook Marketplace users could report items they thought were stolen and that law enforcement could contact the company regarding suspicious items.

Amazon said in a statement that “we regularly request invoices, purchase orders or other proofs of sourcing when we have concerns about how a seller may have obtained particular products that they want to sell.” It added that it employed 10,000 people working to prevent fraud and abuse on its site, and supported the INFORM Consumers Act.