Home Food Shake Up Your Evening Cocktail With Some Honey
Food

Shake Up Your Evening Cocktail With Some Honey 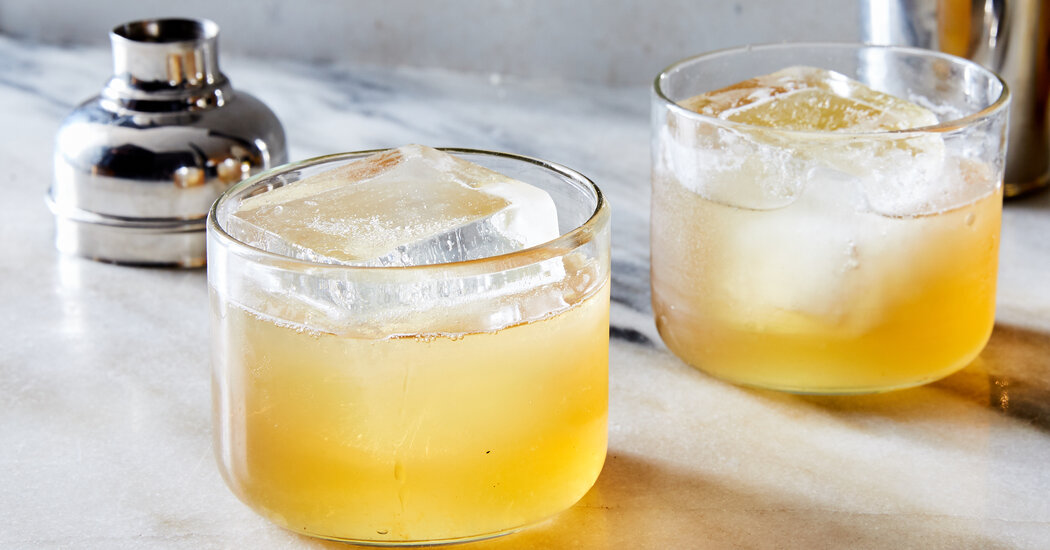 For the better part of two centuries, sugar has been the primary conduit of sweetness in cocktails, often in the form of the aptly named simple syrup or dissolved in a cocktail shaker.

Modern bartenders have shaken up the mix in recent years with alternatives like maple or agave syrup, jams and complex custom concoctions. But there is one oft overlooked supporting player that’s been in the mixologist’s arsenal for generations, and it sits in most home pantries: honey.

“It’s so buttery,” said Tiffanie Barriere, an Atlanta-based bartender and consultant. “It’s my preferred sweetener. If I could put it in every cocktail, I would.”

Honey or honey syrup — an easy-to-make blend of honey and water, commonly a one-to-one ratio — doesn’t have a home-run drink to its name as famous as the old-fashioned or the margarita. But it has scored a steady stream of barroom base hits over the years. The Bee’s Knees, a honeyed, Prohibition-era gin sour, still has name recognition today. The Brown Derby, which features a mixture of honey, bourbon and grapefruit juice, was named after the famous Los Angeles restaurant of the same name. And the 1940s saw the rise of the Air Mail, a honeyed daiquiri topped with Champagne.

But there are a few modern-day classics. In the early aughts, the Gold Rush, a whiskey sour that uses honey instead of sugar, was a crowd-pleaser the moment it was first served at Milk & Honey, the famed Lower East Side speakeasy. The Penicillin, another whiskey drink created at Milk & Honey that calls for ginger-honey syrup, was inspired by the Gold Rush and is even more popular at bars worldwide.

Stephen Bielawski, the beverage director at the newly opened Sunken Harbor Club in Downtown Brooklyn, makes a honey syrup flavored with two types of teas and various spices. In a drink called the English Armada, he combines the syrup with four rums and lime and grapefruit juices. For Mr. Bielawski, honey is a more effective tamer of strong flavors.

“I always found honey to be really good at holding onto flavors like tea and baking spices,” he said. Unlike sugar, which can hide itself inside a cocktail, he thinks honey keeps a bartender honest. “If there’s too much, the biggest flavor that jumps out of the drink is honey.”

Ms. Barriere said that honey goes with every spirit, and that she likes to use it to highlight savory flavors when incorporating vegetables like squash into drinks. “It makes it a dish more than a drink,” she said.

Honey has arguably found its steadiest home in tiki bars. Dozens of drinks created during their mid-20th-century heyday employed honey, including well-known creations like the Navy Grog, Missionary’s Downfall and the Rum Barrel.

According to Jeff Berry, a tiki historian and the owner of the bar Latitude 29 in New Orleans, this can be credited to Donn Beach, the owner of the famous 1930s bar Don the Beachcomber in Los Angeles. Mr. Beach was a big fan of honey-laced rum drinks, and because many bars copied his cocktails, that taste for honey proliferated.

“It adds a viscosity and a teasingly elusive flavor, if you’re not used to it,” Mr. Berry said. “If you make a daiquiri with honey syrup instead of simple syrup, it’s another level of flavor.”

Soda Shop Chains Are Taking Hold of the West

While the pandemic halted or shuttered many restaurants and bars, soda shops were able to stay open and thrive during the first few...
Read more
Food

Raising a glass of something bubbly is a timeless way to end a year.The act is innately celebratory, hopeful and a little nostalgic,...
Read more
Food

A Potato Gratin That Innovates on Tradition

LONDON — The quiet of January offers me a moment to look back at the weeks that came before and make heads or...
Read more