Tesla to Move Headquarters to Texas from California 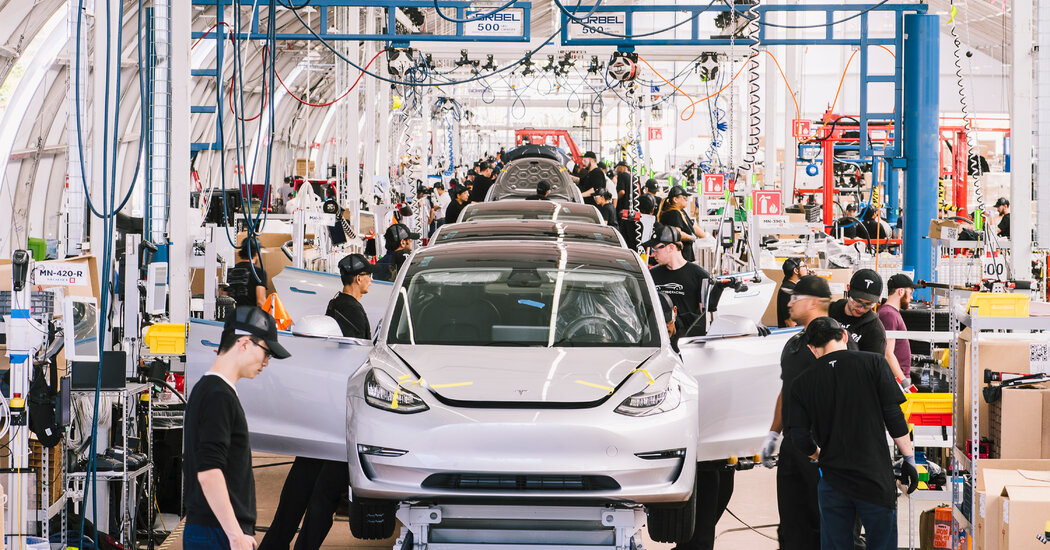 When asked for a response, Mr. Musk did not confirm or deny what Mr. Abbott said. “In general, I believe government should rarely impose its will upon the people, and, when doing so, should aspire to maximize their cumulative happiness,” he said on Twitter. “That said, I would prefer to stay out of politics.”

On Thursday evening, a Twitter post by Governor Abbott welcomed the news, adding that “the Lone Star State is the land of opportunity and innovation.”

Mr. Musk revealed the company’s move after shareholders voted on a series of proposals aimed at improving Tesla’s corporate governance. According to preliminary results, investors sided with Tesla on all but two measures that it opposed: one that would force its board members to run for re-election annually, down from every three years, and another that would require the company to publish more detail about efforts to diversify its work force.

The vote comes days after a federal jury ordered Tesla to pay $137 million to Owen Diaz, a former contractor who said he faced repeated racist harassment while working at the Fremont factory, in 2015 and 2016. Tesla faces similar accusations from dozens of others in a class-action lawsuit.

The diversity report proposal, from Calvert Research and Management, a firm that focuses on responsible investment and is owned by Morgan Stanley, requires Tesla to publish annual reports about its diversity and inclusion efforts, something many other large companies already do.

Investors also re-elected to the board Kimbal Musk, Mr. Musk’s brother, and James Murdoch, the former 21st Century Fox executive, despite a recommendation to vote against them by ISS, a firm that advises investors on shareholder votes and corporate governance.

Proposals calling for additional reporting both on Tesla’s practice of using mandatory arbitration to resolve employee disputes and on the human rights impact of how it sources materials failed, according to early results. A final tally will be announced in the coming days, the company said.