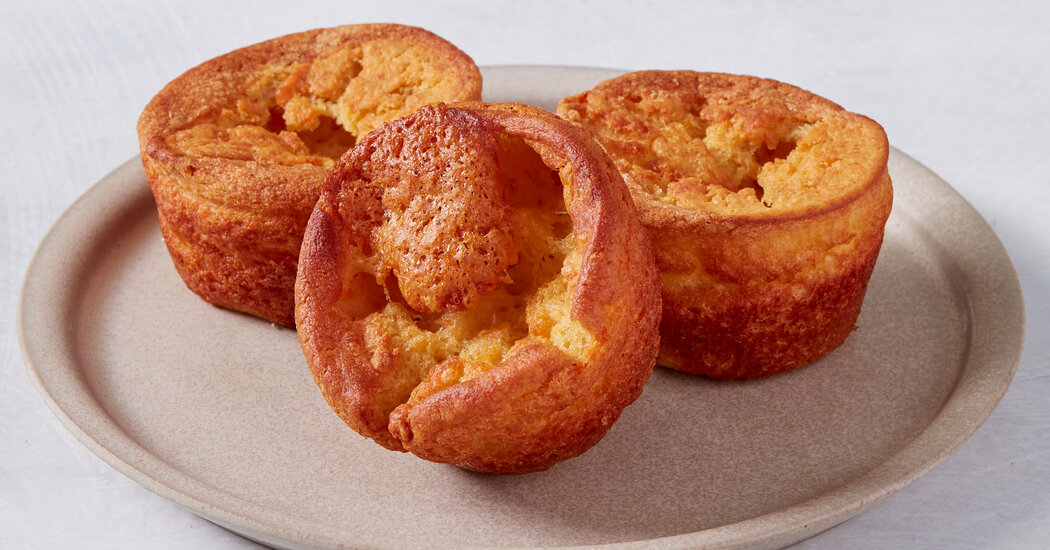 The way Paul McCartney remembers it, the centerpiece of his family’s first vegetarian Christmas dinner, in the late 1970s, was a slab of macaroni and cheese.

“I wanted something to carve,” he said in a phone interview last week. Mary McCartney, his daughter, said the “macaroni turkey” was an early success: cooked in advance, shaped into a roll and ceremonially turned out onto a platter.

Mr. McCartney was raised in Liverpool in the 1950s on a traditional meat-and-two-veg diet. But as young parents, he and his American wife Linda McCartney famously came to believe that eating animals was unethical — then a fringe belief in Britain, in the same counterculture bucket as mindfulness, yogurt and pacifism. Still, a Christmas feast without its meaty centerpiece of roast beef and Yorkshire pudding seemed a little absurd.

“We had to find something to put in the middle of the plate,” he said.

Nearly 50 years on, the middle of the plate has shape-shifted. Instead of a central protein surrounded by vegetables and starch, a spread of plant-based dishes can easily fill any plate.

And Mary McCartney, a lifelong vegetarian-leaning-toward-vegan, has developed a knack for recipes that satisfy all kinds of eaters, including her four young-adult sons. Her cooking show, “Mary McCartney Serves It Up,” on Discovery+ focuses on entertaining: Her guests are uncritical pals like Reese Witherspoon and Oprah Winfrey, who cheerfully announces that she has never before — despite being in her late 60s — made dip.

Mr. McCartney said in the interview that his palate first opened up in London in the 1960s, where restaurants served food that he’d never encountered in Merseyside. He was exposed to ethical vegetarianism in 1968, during the Beatles’ brief but influential time studying meditation in Rishikesh in Northern India. Ahimsa, the principle of not harming fellow creatures, underlies the vegetarian traditions found in Hinduism, Buddhism and Jainism. (Ringo Starr, Mr. McCartney said, brought along a suitcase full of British baked beans in case he didn’t like the food.)

By 1980, Mr. McCartney’s strictly vegetarian diet was so well known that while he was in detention in Japan, awaiting deportation on charges of possessing 7.7 ounces of marijuana, The New York Times reassured readers that he was provided with vegetarian food.

Ms. McCartney said she and her three siblings (all of them vegetarians) have raised the next generation as they were raised: vegetarian at home, but with free range to explore outside. (Naturally, sticking to a plant-based diet is easier for families of fabulous wealth in possession of an organic farm.)

She said she never missed the meat at Sunday dinners or on holidays: The great treat was crisp, lofty, custardy Yorkshire puddings.

“It’s the highlight of the Sunday roast,” she said. Tradition calls for a small amount of flour, bound in eggs and milk and baked in the same pan used for roasting a joint of beef. No leavening is used: The screaming-hot beef fat and high oven temperature mean that the pudding puffs and then deflates into a crisp-but-custardy mass, ideal for sopping up gravy.

To achieve all of that without eggs, milk or animal fat, Ms. McCartney turned to aquafaba, the liquid in which chickpeas are cooked and canned and a staple ingredient in modern vegan baking because it can thicken, bind and foam rather like egg whites. That led to chickpea flour, which not only browns, but also produces dense batters that hold moisture well. She added baking powder for lift, vinegar to react with the baking powder and generous amounts of oil for each muffin cup. The result is a crisp, savory little muffin with fluffy, tender insides and a well on top to hold gravy.

It’s a long way from the early McCartney family experiments with vegetarian entrees like stuffed vegetables and murky ragouts, Ms. McCartney said. “I thought I would never be able to eat ratatouille or vegetable couscous again in my life.”