The Internet Is Splintering 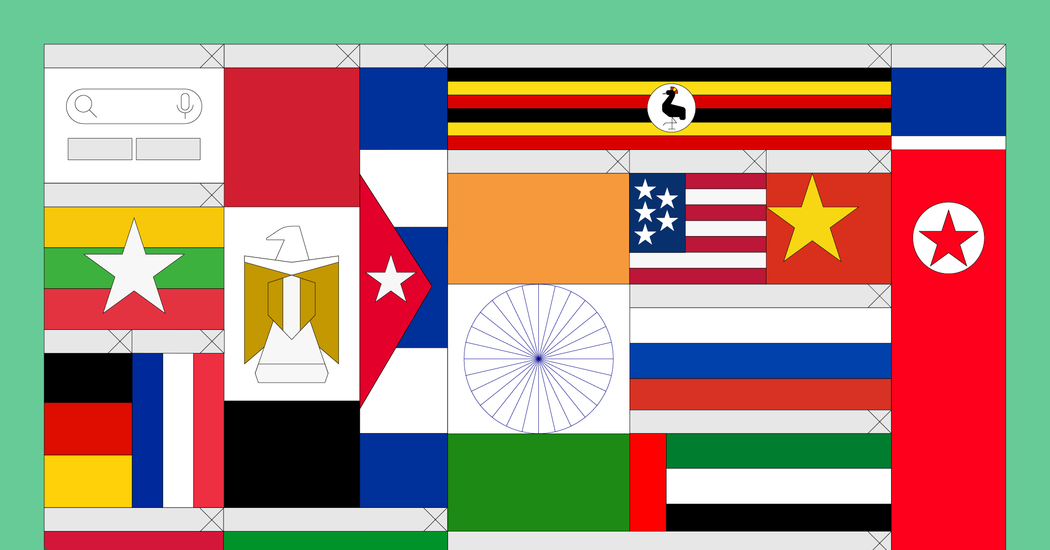 This article is part of the On Tech newsletter. You can sign up here to receive it weekdays.

Each country has its own car safety regulations and tax codes. But should every country also decide its own bounds for appropriate online expression?

If you have a quick answer, let me ask you to think again. We probably don’t want internet companies deciding on the freedoms of billions of people, but we may not want governments to have unquestioned authority, either.

Some Germans might agree with a law that prohibits online posts that their government views as hate speech. But what about the Germans who feel they’re shut down for expressing such views? And what should Facebook or Google do if an increasingly authoritarian government in Turkey uses similar rules to silence its citizens, or if Poland’s anti-censorship law lets politicians smear their constituents?

Regulating online expression in any single country — let alone in the world — is a messy set of trade offs with no easy solutions. Let me lay out some of the issues:

The “splinternet” is here: The utopian idea of the internet was that it would help tear down national boundaries, but technology watchers have been warning for decades that it could instead build those barriers even higher. That vision, often called the “splinternet,” is real, said Mishi Choudhary, a lawyer who started an organization in India representing the rights of internet users and software developers.

She told me that there was a period until about a decade ago when governments didn’t fully grasp the power of the internet, but then slowly the authorities wanted more control — for reasons both good and bad.

“Governments are very powerful, and they don’t like to be displaced,” she said.

So who decides? That’s the fundamental question that the former U.N. official David Kaye posed to me about a dispute between Twitter and India over the government’s demands to delete online material. And I’ll say it again, there isn’t a simple answer.

“I don’t think it’s as simple as a government told a company to obey a law and so it should,” said Chinmayi Arun, a fellow at Yale Law School and the founding director of the Center for Communication Governance at India’s National Law University Delhi. “If the companies are confronted with knowing that a law interferes with human freedom, then I think it’s a cop-out for them to throw up their hands and say, ‘We don’t have a choice.’”

Internet companies including Google and Facebook do regularly push back when they believe that the authorities are violating basic human rights. This is often a good and desirable thing. Except when it isn’t. And that view is subjective.

If I were a Thai citizen who wanted the monarchy to have less power, I might be happy for Facebook to defy my government. But if I supported the monarchy, I might feel aggrieved that a foreign company wasn’t respecting our laws.

Internet powers still have to make judgment calls: People like Mark Zuckerberg or Microsoft’s chief executive say that they want countries to tell them what to do on tricky questions of online expression, and their reasoning makes sense. These decisions are hard! But no matter what rules governments make, any internet gathering space will still have to use its own judgment.

Evelyn Douek, a lecturer at Harvard Law School, told me that even when countries like Germany pass laws about online speech, it’s still the responsibility of internet companies to interpret whether millions of posts are on the right side of the law. That goes for the United States, too, where companies are largely left to decide their own bounds of acceptable online expression.

Countries and international bodies should “do more to establish more clear guard rails and processes for internet platforms,” Douek said, but “they’re never going to take decision making out of these platforms.”

Is there a middle ground? The splinternet fear is often presented as a binary choice between one global Facebook or Google, or 200 versions. But there are ideas floating around to set a global baseline of online expression, and a process for adjudicating disputes.

A coalition called the Global Network Initiative has worked for years to set a code of conduct for tech and telecom companies to protect online speech and privacy globally. Groups including Article 19, which works on promoting freedom of expression, and Facebook’s Oversight Board have also worked on resolution mechanisms for people around the world to challenge internet companies’ decisions.

If you’re thinking all of this is a mess — yes, it is. Speech on the internet is a relatively new thing, and we’re still very much figuring it out.

Please enjoy this tale of a century-old merry-go-round and the magical moment when it briefly spun to life again.

If you don’t already get this newsletter in your inbox, please sign up here.

Facebook
Twitter
Pinterest
WhatsApp
Previous articleHarry and Meghan Return to the Spotlight With Oprah Interview
Next articleFacebook restricts the sharing of news in Australia as Google says it will pay some publishers.

Birds Aren’t Real, or Are They? Inside a Gen Z Conspiracy Theory.

Most Birds Aren’t Real members, many of whom are part of an on-the-ground activism network called the Bird Brigade, grew up in a...
Read more
Tech

This article is part of the On Tech newsletter. Here is a collection of past columns.Technology won.One proof of that victory is that...
Read more
Tech

“I knew she had started a company,” Ms. Stefanek said. “I knew that it had failed. I knew she liked to wear black...
Read more