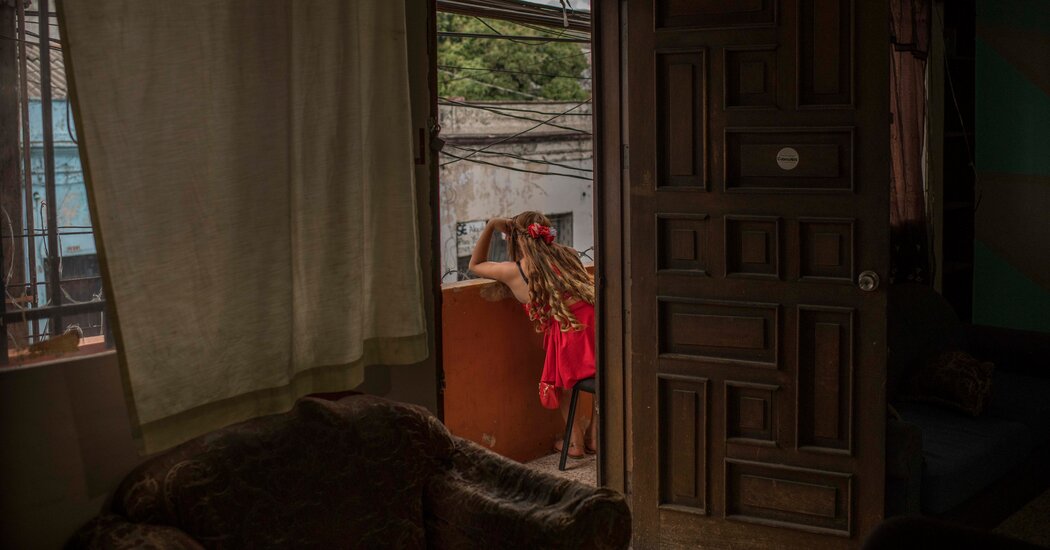 Outraged by a long-ignored slaying in Honduras, lawyers are urging a human rights court in Central America to force governments to better protect transgender people in a region where they are targets.

In a region where experts put the life expectancy for transgender women at only 30 to 35 years, Vicky Hernández didn’t make it even that long.

Ms. Hernández was 26 when she was found shot in the eye on a Honduras street, a slug of unknown caliber and a used condom beside her body.

Twelve years later, investigators still have not run forensic tests on that evidence. It is still not clear whether the authorities ever performed an autopsy. And two other transgender women who reported having witnessed a police patrol car roll up to Ms. Hernández just before she ran off and went missing were themselves killed within a year of her death.

But now, the case may be about to make legal history as a regional human rights court deliberates whether the Honduran government was responsible for Ms. Hernández’s death and owes her family reparations.

It is the first time the Inter-American Court of Human Rights will rule on whether governments have done enough to protect transgender people. And while the Hernández case puts a spotlight on a pattern of abuse against vulnerable people in Honduras, it is being closely watched in a region where many countries remain hostile toward transgender people.

The court, based in Costa Rica, could order the Honduran government to enact measures designed to prevent violence against transgender people, setting a legal precedent in the region.

Ms. Hernández’s murder in San Pedro Sula was among the first of an explosion of killings of transgender women in Honduras that followed a June 2009 coup in which the country’s president was rousted from bed and exiled.

The next morning, Ms. Hernández, a sex worker, was found dead after a night in which, because of a strict curfew, nobody but law enforcement and military authorities were supposed to be roaming the streets.

That timing is considered critical, because it suggests that what might ordinarily be dismissed as just another death in one of the most dangerous cities in one of the most dangerous countries in the world might have been something more: an extrajudicial killing. The government has denied that its forces played any role, but for many, the circumstances raised strong suspicions that whoever wanted Ms. Hernández dead wore a uniform.

Activists have long denounced the wave of human rights violations that followed the 2009 coup, and blamed those who took power for what they considered targeted killings. And Ms. Hernández was an activist for trans women who had been violently attacked before.

That organization, as well as a Honduran human rights group called Cattrachas, took the government of Honduras to the Inter-American Court of Human Rights, an offshoot of the Organization of American States. A trial was held virtually in November, and a ruling is expected soon.

Ms. Baeyens said the court could do more than just make a finding in the Hernández case. It could also take steps like ordering the legal recognition of transgender people’s new names and requiring that changes to official I.D. cards be allowed — something governments in the region often refuse to do now. The court could also call for the elimination of laws that allow the police to hold suspects for dubious reasons.

Transgender women in Honduras say they are constantly harassed, beaten and even killed, and that the violence is often perpetrated by law enforcement.

“They call it social cleansing,” said Claudia Spellmant, a transgender activist who fled the country in 2013 after repeated attacks, and now lives in New York. “They don’t want trans people on the street.”

With few employment opportunities available to them, many transgender women in Honduras — rejected by their families, the church and society at large — turn to prostitution. They hit the streets every night, where they are exposed to corrupt police officers and violent clients, say activists as well as current and former sex workers.

Krishna Flores, 24, a transgender sex worker in Tegucigalpa, the capital, said she had been assaulted twice this year. Police officers cut off her hair, burned her makeup and purse and lobbed tear gas at her. Finally, she said, she ran into a stranger’s home for safety.

“The truth is,” Ms. Flores said, “here in Honduras, where we are, there’s a lot of violence against trans people. From the police, or people who seek us out to have relations with us, people who don’t want to pay us. And sometimes it’s the military. They scream horrible things at us.”

Ms. Flores said it is common to have rocks, bags of water, rags and eggs thrown at her from moving cars. She is told that she is an embarrassment to society. In January, officers yanked on her hair extensions and shaved her head.

“It was traumatic,” Ms. Flores said.

A lawyer for the government said that while it was clear that strong religious beliefs — 85 percent of the population of Honduras is either Catholic or evangelical — fostered discrimination against transgender people, Honduras “categorically rejects” the notion that Ms. Hernández was killed by police officers or soldiers.

Lawyers for Ms. Hernández’s family are asking for financial compensation for her family and structural changes to Honduran policing.

If the court does rule in favor of the family, any reparation should take into account the lack of evidence tying the government to Ms. Hernández’s death, the government’s lawyer in the case, Sonia A. Escobar Rodríguez, said in a summary of her arguments that she shared with The New York Times.

“There is no evidence at all, and nor can it be rationally inferred, that those responsible for Vicky Hernández’s death were members of the public safety forces, simply because a patrol car trying to avoid lamentable tragedies happened to be nearby,” wrote Ms. Escobar, who works at the Honduran Attorney General’s office.

Ms. Escobar’s summary said the government had made significant advances in public safety, such as improving the criminal complaint system and strengthening the judiciary. She said it had also provided sensitivity training to dozens of government workers. And she said violence motivated by sexual orientation or gender identity is now an aggravating factor in sentencing.

Rosa Seaman, Honduras’ vice secretary of Human Rights, said the government had created a special investigations unit for crimes against the vulnerable, including gay and transgender people.

But, she conceded, training for police officials has had mixed results.

“Some receive it well,” Ms. Seaman said. “But I want to be frank and honest: Others have a lot of prejudices, especially when I tell them they have to respect gender identity. Trans women are the most discriminated against and are more often the victim of crime and lose their lives.”

Victor Madrigal-Borloz, an expert on gender identity discrimination for the United Nations, said that even in the context of the “worrisome violence” in Honduras, crime against transgender people was “exacerbated” and disproportionate.

“The case of Vicky Hernández is going to become extremely important milestone,” he said, adding that it will help people recognize that “trans women live their lives in a vortex of discrimination and violence.”

Cattrachas, the organization that helped bring the Vicky Hernández lawsuit, has logged 119 killings of transgender people since the 2009 coup.

“There is a pattern in all of these cases: They are all shot in the head, there were no autopsies and no investigations,” said Indyra Mendoza, the founder of Cattrachas. “And while it’s true that in Honduras they also kill teachers and cabdrivers, those murders are not the result of religious prejudice and fundamentalism. And those have some chance of getting justice.”

Data collected by human rights organizations show that Honduras has the highest rate of murders of transgender and other gender diverse people in the world, with Brazil and Mexico close behind.

Nearly 500 transgender women were killed in Latin America from 2014 to 2019, according to Sin Violencia LGBTI, a regional information network.

That has made the Vicky Hernández lawsuit of deep interest across the region.

“We are watching very closely as to how the result of the case could impact the situation in the region,” said Bruna Benevides, a researcher for Brazil’s National Association of Transvestites and Transsexuals, although she expressed doubt that her country’s conservative president, Jair Bolsonaro, would embrace any rulings that helped transgender people.

Rihanna Ferrera, who lost her run for office in Honduras in 2017 under her male birth name, said the case was important because it could force the government to at least make some tangible improvements, like allowing legal name changes. Ms. Ferrera’s sister, Bessy, who was also transgender, was murdered in 2019.

“After what happened to my sister, I decided not to leave and instead to confront this discrimination, stigma, violence and criminalization,” she said. “We need not to remove people from the danger. We need to confront the state and tell the state: Here we are, and we are in danger. We don’t have to leave. You, as the government, have to solve this.”

Facebook
Twitter
Pinterest
WhatsApp
Previous articleFood Is Not a Prop for Senator Jessica Ramos. It’s a Platform.
Next articleBarcelona on US TV: How to watch and live stream La Liga matches