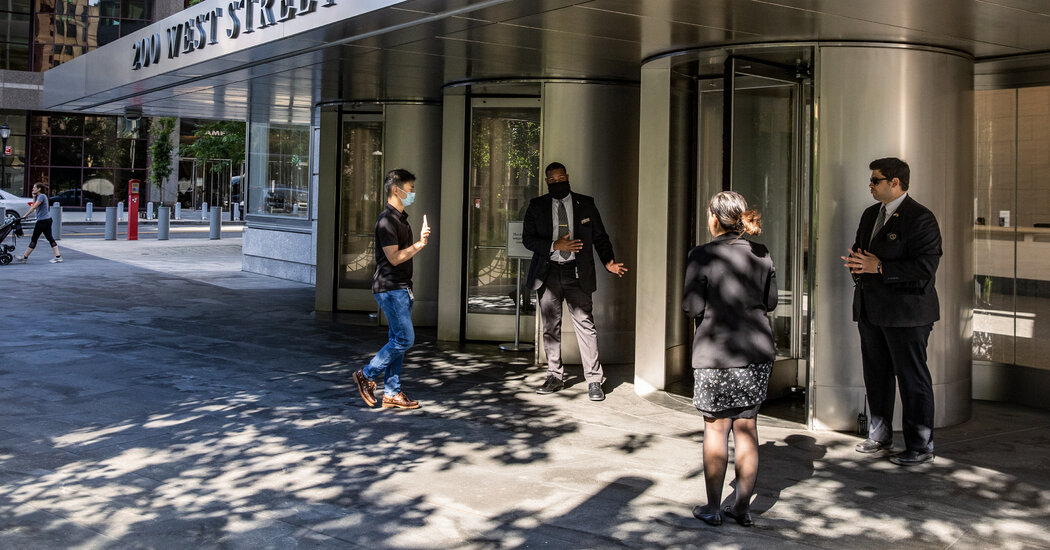 But as Covid cases have escalated, some of his unvaccinated workers have gotten sick. To cover their shifts, he has had to pay others overtime, which has been a drain on the company’s bottom line. Recently, he turned down a contract with a school district because he didn’t have enough officers to fulfill the request.

“It almost seems that whoever already doesn’t have it by this time has made up their minds,” Mr. Lucanera said. “If I put my foot down, will it hurt the company in terms of creating a bigger problem than we have?”

Still, for many unvaccinated workers, finding a new job is often not a desirable, or feasible, option.

Benjamin Rose, 28, who works at a global bank in the Chicago area, said his decision not to get the shot was “really just a cost-benefit analysis.” He contracted Covid-19 six months ago, he said, and a recent blood test showed he still had antibodies.

But because he is not vaccinated, his company requires that he work remotely even as it has begun to allow vaccinated employees back in the office. While he said he enjoyed the flexibility of remote work and was not opposed to vaccine mandates, he also did not want to feel like he was being coerced.

“I find it a little irksome how big corporations, the media and the government are all sort of this united front in pushing the vaccine so hard,” Mr. Rose said.

At the same time, he said, if his company instituted a vaccine mandate, he would likely comply.

“It’s not the hill I’m going to die on,” he said. “If it really became something that was going to strongly affect my career, I would probably just get it.”