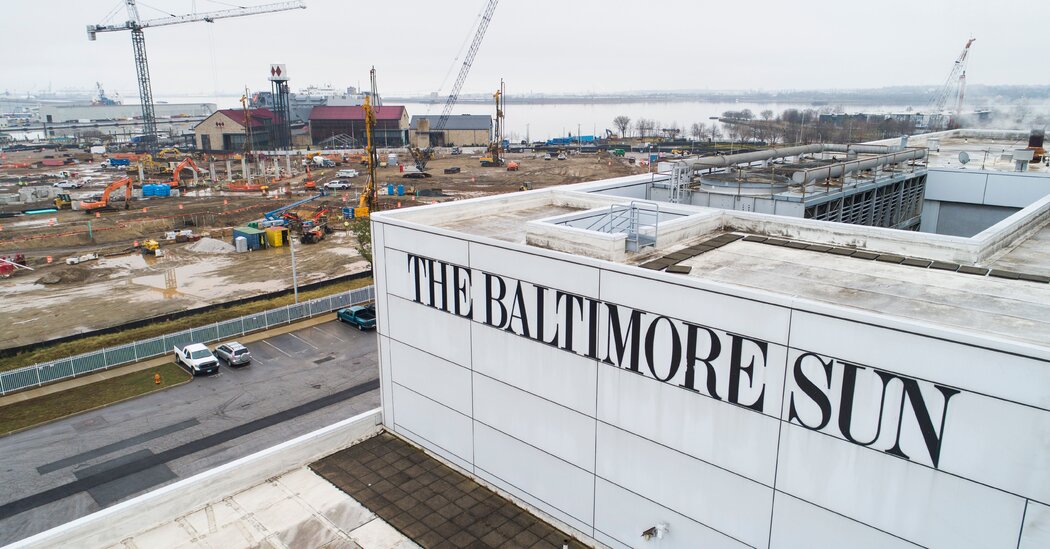 Tribune Publishing, the newspaper chain that includes The Chicago Tribune, The Daily News and The Baltimore Sun, said on Monday that it had begun serious discussions about a sale of the company to a pair of bidders who came through with an offer nearly two months after it agreed to sell itself to Alden Global Capital, a New York hedge fund.

The new bid, which is for more than the amount offered by Alden, was made on Thursday by Stewart W. Bainum Jr., a Maryland hotel magnate, and Hansjörg Wyss, a Swiss billionaire who made his fortune as a manufacturer of medical devices.

The two have joined together in a company called Newslight. Tribune Publishing said on Monday that it would “engage in discussions and negotiations” with Mr. Bainum and Mr. Wyss. The company added that, for now, it will not “terminate the Alden merger agreement or enter into any merger agreement with Newslight, Mr. Bainum or Mr. Wyss.”

Until recently, it looked as though Alden Global Capital would almost certainly become the next owner of Tribune. Late last month, Mr. Wyss emerged as a surprise new player, telling The New York Times that he would team up with Mr. Bainum in a bid for the chain. On Thursday, Mr. Wyss and Mr. Bainum submitted their bid, which valued Tribune at $18.50 a share, beating Alden’s offer of $17.25.

The bid from Mr. Wyss and Mr. Bainum valued the company at about $680 million; Alden’s bid put the value of Tribune at roughly $630 million. The news of the offer was reported earlier by The Wall Street Journal.

Tribune Publishing said on Monday that its special committee had determined that the competing bid from Mr. Wyss and Mr. Bainum would be reasonably expected to lead to a “superior proposal” than the Alden bid.

But the Tribune advised caution, telling shareholders, “There can be no assurance that the discussions with Newslight and its principals will result in a binding proposal.”

Nearly two months ago, Mr. Bainum reached a nonbinding agreement to establish a nonprofit that would buy The Sun and two other Tribune-owned Maryland newspapers from Alden, for $65 million, after the Alden-Tribune deal gained shareholder approval.

That agreement ran into trouble soon after it was made, however. Last month, Mr. Bainum, the chairman of Choice Hotels International, one of the world’s largest hotel chains, made a bid for all of Tribune, offering $18.50 a share.

After considering the bid from Mr. Bainum last month, Tribune said it still favored the agreement with Alden, which had solid financing. At the same time, the board informed Mr. Bainum that he was free to find backers to make his offer more attractive. He did just that by joining with Mr. Wyss.

Journalists in Tribune newsrooms have been sharply critical of Alden, which already owns roughly 32 percent of the company, as a potential owner. Alden is the proprietor of some 60 daily newspapers across the country through MediaNews Group and is known for making deep cuts at publications it controls as it tries to wring profits out of struggling companies. Alden says its strategy keeps newspapers from going out of business.

In an interview last month, Mr. Wyss, 85, said he was partly inspired to join Mr. Bainum by a Times opinion essay in which two then-Chicago Tribune reporters, David Jackson and Gary Marx, warned that Alden would create “a ghost version of The Chicago Tribune.” Tribune journalists at other papers have led campaigns to persuade local benefactors to buy Tribune Publishing or at least one of its papers.

Mr. Wyss, the former chief executive of the medical device company Synthes, has a home in Wyoming. A decade ago, he led the sale of Synthes to Johnson & Johnson for roughly $20 billion. Since then, he has donated hundreds of millions of dollars to help preserve wildlife habitats in Wyoming, Montana, Maine and elsewhere. He has also been a major donor to liberal groups seeking to shape American politics, including the Center for American Progress, where he serves on the board.

Mr. Wyss said in the interview with The Times last month that he had joined the effort to buy Tribune because of his belief in the need for a robust press. “I don’t want to see another newspaper that has a chance to increase the amount of truth being told to the American people going down the drain,” he said.