Twitter Finally Muzzling Trump Is Too Little, Too Late 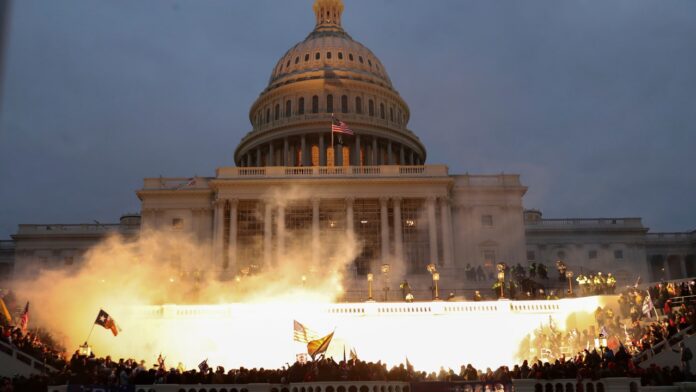 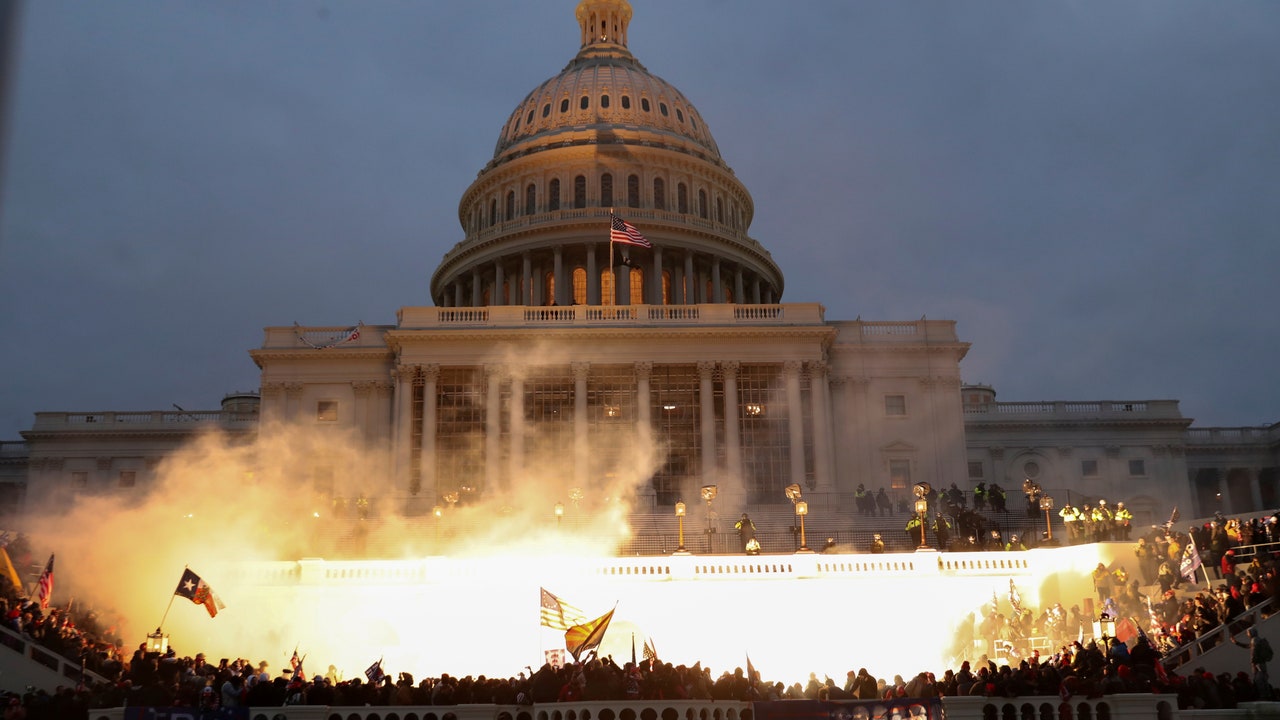 The nation’s Capitol on Wednesday looked eerily like a stream on social media, where the faces of white men with MAGA hats on, and little emoji flags next to their names, who spew conspiracy theories and hatred, had somehow morphed into human form and been unleashed into the world. That’s because the thousands of MAGA supporters who descended on the Capitol building and breached the gates, were set off to do so by none other than Twitter and Facebook, all coming from one single central point: from Donald J. Trump’s social accounts.

There’s no question that what happened on Wednesday, with full-fledged riots inside the Capitol, was an attempted coup on this country, and one that was orchestrated and puppeteered by the president of the United States himself. His primary weapon: social media. Trump has taunted and lied and fabricated story after story and tweet after tweet and conspiracies abound about how the election was stolen from him (it was not!) and how those who wouldn’t stand with him to grab the reins of power for another four years, were against him. And yet, all through this, the leaders of Twitter and Facebook did nothing to stop him. Sure, after almost four years of lies, these companies had finally started to add a little addendum at the bottom of the most outlandish posts that offered, “This claim about election fraud is disputed.” Yet his messages continued to reach hundreds of millions of people, and in turn, continued to incite more rage, division, and violence in this country. As supporters dwindled away and he wanted to appeal to his angry base, he jostled the most extreme ones to go after antifa and take to the streets. Now, he wanted to overthrow the election.

Sure, we can blame Trump alone all we want. But Trump has always been a mean and petulant man, who ran, or considered running, for office in 1998, 2000, 2004, and 2012, and wasn’t successful until 2016, when he apparently realized that it was social media that would give him the most attention. And boy did it. Since then, he’s learned that the more outlandish he was on Twitter, the more people talked about him. His posts went from attacks against stories in the news and politicians across the aisle to sharing conspiracy theories, to now, when he has taken on American democracy itself—resulting in a social media-incited mob storming the castle. But this illustrates something larger—that, in reality, there’s no question that it is really social media that also deserves to be castigated here. You don’t need to look at study after study that warns of the ill effects of these platforms, that silo people into dangerous echo chambers, or drive deep and rancorous political division, or reward mean-spirited and bad behavior online, to see just how much the world we live in today is a direct result of decisions made by a few people in Silicon Valley— who prefer profits for their companies over saving society.

On Wednesday, finally, after 11 years, eight months, and two days (since the first time Trump took to Twitter), after Trump used the platform to almost destroy the country and act in ways that no sitting president has ever even thought to act, the company responded by deleting three of Trump’s tweets (which continued to incite violence). The company also suspended his account for 12 hours, threatening to keep it locked until the tweets were deleted. Facebook also finally muted Trump, deleting a video he posted that praised the riotous mob that breached the Capitol on Wednesday, and then explaining in a blog post why the company took “emergency measures” to remove this and similar posts.

The problem is, it’s too little, too late. There are movements that have been created in this country as a result of these platforms choosing to do nothing to stop the spread of hatred and conspiracies by none other than Donald Trump and his attention-seeking duplicitous and deceptive family. Four years ago, there were no Proud Boys. Millions of Americans didn’t believe in a bizarre outlandish and totally ridiculous conspiracy theory called “Q.” And most people trusted that voting—especially in the presidential election—was safe and secure and would result in the rightful winner becoming the next president. As Andrew Yang noted, “Twitter bans for inciting violence should last for months or years not hours.” Yang was actually being nice by suggesting that Trump should be kicked off the platform for a period of time. Celebrities, politicians, and others in Silicon Valley called for Jack Dorsey and Mark Zuckerberg to ban Trump permanently from their platform. Countless people I’ve spoken with fear that if these companies don’t do just that, we could see a repeat of Trump’s assault on democracy in 2024, and by then, after he’s had four years to plan, it could be much worse than it was today.

At Twitter, Jack Dorsey has continually told his employees that the company bears no responsibility for what people say on the platform. He often says that Twitter is simply a mirror to society and that this is just humanity on display in 280-character thoughts. On the one hand, that mirror can give us important movements like Iran’s Green Revolution and Black Lives Matter; on the other, it can give us Donald Trump. But I think that’s just a bullshit justification for not at least censoring Trump earlier. In reality, social media is a mirror to the people who lead these companies, and Dorsey and Zuckerberg, have spent the past four years choosing to let society descend into the chaos we saw today.

— Mary Trump Thinks Her Uncle’s Postpresidency Woes Are Just Beginning
— There’s a Wave of COVID Patients Who Don’t Believe It’s Real
— Doug Band: Confessions of a Clintonworld Exile
— Will Rupert Murdoch Spring for a Postpresidential Fox Gig?
— Ivanka Desperately Tries to Rehab Her Image on Her Way Out
— After Remaking CNN and Antagonizing Trump, Jeff Zucker Eyes the Exits
— With COVID Vaccines Approaching, Is the FDA Ready to Inspect Where They’re Made?
— From the Archive: Probing the Nightmare Reality of Randy Quaid and His Wife, Evi
— Not a subscriber? Join Vanity Fair to receive full access to VF.com and the complete online archive now.