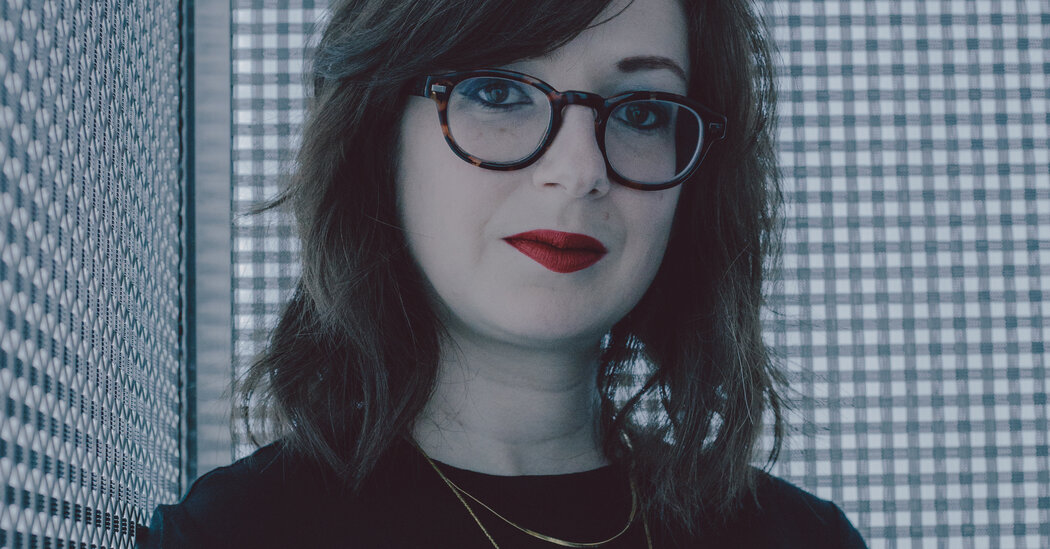 In 2018, Liz O’Sullivan and her colleagues at a prominent artificial intelligence start-up began work on a system that could automatically remove nudity and other explicit images from the internet.

They sent millions of online photos to workers in India, who spent weeks adding tags to explicit material. The data paired with the photos would be used to teach A.I. software how to recognize indecent images. But once the photos were tagged, Ms. O’Sullivan and her team noticed a problem: The Indian workers had classified all images of same-sex couples as indecent.

For Ms. O’Sullivan, the moment showed how easily — and often — bias could creep into artificial intelligence. It was a “cruel game of Whac-a-Mole,” she said.

This month, Ms. O’Sullivan, a 36-year-old New Yorker, was named chief executive of a new company, Parity. The start-up is one of many organizations, including more than a dozen start-ups and some of the biggest names in tech, offering tools and services designed to identify and remove bias from A.I. systems.

Soon, businesses may need that help. In April, the Federal Trade Commission warned against the sale of A.I. systems that were racially biased or could prevent individuals from receiving employment, housing, insurance or other benefits. A week later, the European Union unveiled draft regulations that could punish companies for offering such technology.

It is unclear how regulators might police bias. This past week, the National Institute of Standards and Technology, a government research lab whose work often informs policy, released a proposal detailing how businesses can fight bias in A.I., including changes in the way technology is conceived and built.

Many in the tech industry believe businesses must start preparing for a crackdown. “Some sort of legislation or regulation is inevitable,” said Christian Troncoso, the senior director of legal policy for the Software Alliance, a trade group that represents some of the biggest and oldest software companies. “Every time there is one of these terrible stories about A.I., it chips away at public trust and faith.”

Over the past several years, studies have shown that facial recognition services, health care systems and even talking digital assistants can be biased against women, people of color and other marginalized groups. Amid a growing chorus of complaints over the issue, some local regulators have already taken action.

In late 2019, state regulators in New York opened an investigation of UnitedHealth Group after a study found that an algorithm used by a hospital prioritized care for white patients over Black patients, even when the white patients were healthier. Last year, the state investigated the Apple Card credit service after claims it was discriminating against women. Regulators ruled that Goldman Sachs, which operated the card, did not discriminate, while the status of the UnitedHealth investigation is unclear.

A spokesman for UnitedHealth, Tyler Mason, said the company’s algorithm had been misused by one of its partners and was not racially biased. Apple declined to comment.

More than $100 million has been invested over the past six months in companies exploring ethical issues involving artificial intelligence, after $186 million last year, according to PitchBook, a research firm that tracks financial activity.

But efforts to address the problem reached a tipping point this month when the Software Alliance offered a detailed framework for fighting bias in A.I., including the recognition that some automated technologies require regular oversight from humans. The trade group believes the document can help companies change their behavior and can show regulators and lawmakers how to control the problem.

Though they have been criticized for bias in their own systems, Amazon, IBM, Google and Microsoft also offer tools for fighting it.

Ms. O’Sullivan said there was no simple solution to bias in A.I. A thornier issue is that some in the industry question whether the problem is as widespread or as harmful as she believes it is.

“Changing mentalities does not happen overnight — and that is even more true when you’re talking about large companies,” she said. “You are trying to change not just one person’s mind but many minds.”

When she started advising businesses on A.I. bias more than two years ago, Ms. O’Sullivan was often met with skepticism. Many executives and engineers espoused what they called “fairness through unawareness,” arguing that the best way to build equitable technology was to ignore issues like race and gender.

Increasingly, companies were building systems that learned tasks by analyzing vast amounts of data, including photos, sounds, text and stats. The belief was that if a system learned from as much data as possible, fairness would follow.

But as Ms. O’Sullivan saw after the tagging done in India, bias can creep into a system when designers choose the wrong data or sort through it in the wrong way. Studies show that face-recognition services can be biased against women and people of color when they are trained on photo collections dominated by white men.

Designers can be blind to these problems. The workers in India — where gay relationships were still illegal at the time and where attitudes toward gays and lesbians were very different from those in the United States — were classifying the photos as they saw fit.

Ms. O’Sullivan saw the flaws and pitfalls of artificial intelligence while working for Clarifai, the company that ran the tagging project. She said she had left the company after realizing it was building systems for the military that she believed could eventually be used to kill. Clarifai did not respond to a request for comment.

She now believes that after years of public complaints over bias in A.I. — not to mention the threat of regulation — attitudes are changing. In its new framework for curbing harmful bias, the Software Alliance warned against fairness through unawareness, saying the argument did not hold up.

“They are acknowledging that you need to turn over the rocks and see what is underneath,” Ms. O’Sullivan said.

Still, there is resistance. She said a recent clash at Google, where two ethics researchers were pushed out, was indicative of the situation at many companies. Efforts to fight bias often clash with corporate culture and the unceasing push to build new technology, get it out the door and start making money.

It is also still difficult to know just how serious the problem is. “We have very little data needed to model the broader societal safety issues with these systems, including bias,” said Jack Clark, one of the authors of the A.I. Index, an effort to track A.I. technology and policy across the globe. “Many of the things that the average person cares about — such as fairness — are not yet being measured in a disciplined or a large-scale way.”

Ms. O’Sullivan, a philosophy major in college and a member of the American Civil Liberties Union, is building her company around a tool designed by Rumman Chowdhury, a well-known A.I. ethics researcher who spent years at the business consultancy Accenture before joining Twitter.

While other start-ups, like Fiddler A.I. and Weights and Biases, offer tools for monitoring A.I. services and identifying potentially biased behavior, Parity’s technology aims to analyze the data, technologies and methods a business uses to build its services and then pinpoint areas of risk and suggest changes.

The tool uses artificial intelligence technology that can be biased in its own right, showing the double-edged nature of A.I. — and the difficulty of Ms. O’Sullivan’s task.

Tools that can identify bias in A.I. are imperfect, just as A.I. is imperfect. But the power of such a tool, she said, is to pinpoint potential problems — to get people looking closely at the issue.

Ultimately, she explained, the goal is to create a wider dialogue among people with a broad range of views. The trouble comes when the problem is ignored — or when those discussing the issues carry the same point of view.