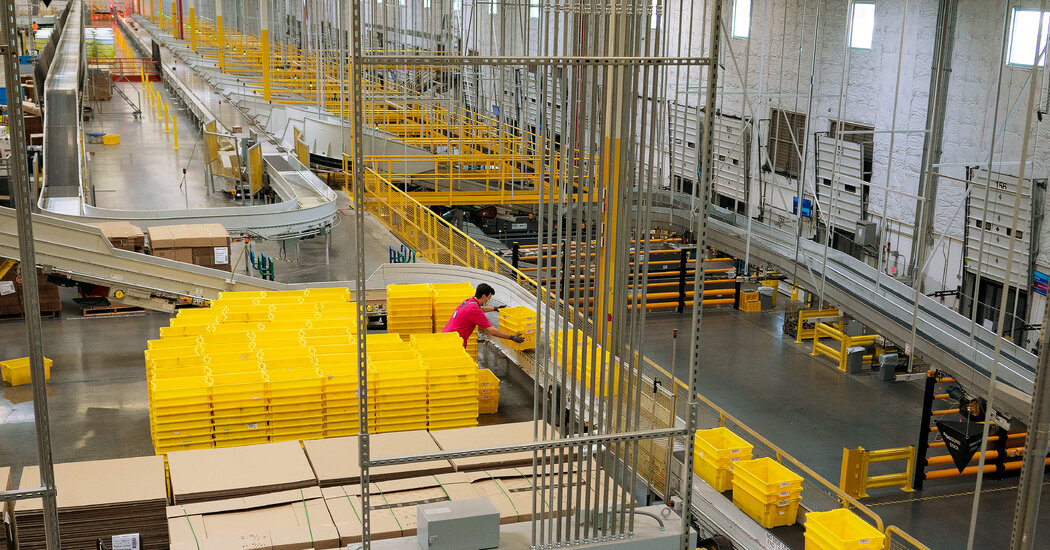 Many small-business owners do not welcome the pressure.

Tad Mollnhauer, who runs two printing and shipping retail stores near Orlando, Fla., said entry-level workers typically earned about $10 to $12 an hour. But these days, anyone paying that rate risks losing workers to Amazon. (The state’s minimum wage is under $9 an hour but will rise to $10 this year under a referendum approved by voters in November. The minimum will rise a dollar a year after that, hitting $15 an hour in 2026.)

Mr. Mollnhauer said it was hard for small companies like his to match Amazon’s pay.

“Their network and their resources are spread out around the country,” allowing Amazon to pay above-market wages in some places, he said. “For me, as two stores, I can’t do that.”

Jay Carney, a senior vice president for Amazon, said the company was conscious of the impact its policy might have on other employers. “We knew that by doing it, we would encourage other employers to do the same, and if that happened then it would put upward pressure on wages in general, which would be good,” he said.

But he rejected suggestions that Amazon is using its political power to hurt its rivals. “We have no power to force anybody to do this, only Congress does,” he said.

Jared Bernstein, a member of the White House Council of Economic Advisers, said the paper showed both the potential spillover effects for workers from raising the federal minimum wage — which studies suggest would help workers who earn more than the minimum also get raises — and the limits of private company efforts.

“There’s just no way to be sure to reach the tens of millions of hardworking but poorly paid workers without significantly raising the national minimum wage,” he said.

No Republican senator supports the $15-an-hour bill that Amazon has endorsed, and several Democrats have reservations about it. Given those headwinds and an adverse ruling from the Senate parliamentarian, the provision will almost certainly not make it into the final version of President Biden’s relief package.