Home Opinion Who is the most ‘valuable’ player in the Premier League in 2021?
OpinionSports

Who is the most ‘valuable’ player in the Premier League in 2021?

The difference between the fees paid for the Premier League’s most prominent players today is stark.

While Paul Pogba, for example, cost $120 million when he returned to Manchester United, Harry Kane didn’t cost Tottenham Hotspur anything when he was promoted to the senior side from the youth set-up.

The differences are dramatic, but does a considerable outlay guarantee stronger performances? Is there a clear correlation with the fees paid for players and the quality of their contribution for the buying club?

Of the Premier League’s ten most effective players so far this season—as per Opta—there’s a massive discrepancy between the transfer fee initially paid by the club.

Of these seven, De Bruyne was the most expensive, having been signed by Manchester City for €76 million ahead of the 2015-16 season.

He struggled to make an impression at Chelsea, and despite outstanding performances in Germany, his return to England still represented a gamble for the Cityzens.

However, in the subsequent seasons, he has repaid that transfer fee emphatically, and established himself as one of the finest playmakers of his generation.

Indeed, the fact that—five years on—he’s still considered among the Premier League’s outstanding players, is testament to the impact he’s had in the top flight.

Mahrez cost a hefty €67.8m when he was snapped up from City by Leicester City, having played his part in the Foxes’ miraculous 2016 title success.

He took his time to truly start repaying that transfer fee, but his trophy cabinet is testament to his success at the Etihad Stadium.

If he can add the Champions League this season, then few would argue it wasn’t money well spent, even if fans would prefer to see Mahrez influence the bigger games more often.

Manchester United fans are unlikely to complain about the €55 million the club paid for Bruno Fernandes, while Sadio Mane’s eye-watering €41.2 million transfer fee actually looks like something of a bargain considering his impact at Anfield.

While the Senegal forward isn’t enjoying his best season this term, his influence in Liverpool’s Champions League and Premier League successes has fully justified his outlay.

Similarly, Ilkay Gundogan—signed by Manchester City for £20 million—back in 2016 can be firmly considered a bargain in light of modern transfer fees.

Still only 30, the playmaker appears to have overcome some of the fitness and injury problems that affected him earlier in his City career, and has been a major influence in City’s title push this term.

So far, he has 12 goals in 24 league outings, and has repaid that £20 million fee many times over.

Before this season, there may have been some doubts that Joao Cancelo merited the €65 million that City paid for him.

Indeed, it still looks to be an eye-watering fee—particularly for a full-back—but the defender has been influential this term, he’s surely the outstanding right-back in the top flight this season, and is well placed to win a league winner’s medal.

Of the seven players in the Prem’s current top ten who cost a transfer fee, Soucek is something of an outlier as he doesn’t represent one of the top flight’s so-called ‘Big Six’.

The towering midfielder—initially signed on loan from Slavia Prague—was recruited permanently for €21 million, and has proven himself to be a key operator in the heart of the park during West Ham United’s push for the Champions League.

Compared to Gundogan—who cost roughly the same amount—Soucek’s PL legacy is minimal, but he’s weighed in with nine goals this term—outstanding for a defensive midfielder—and is one of the top three most effective headers in the top flight this term.

Of the Prem’s most expensive signings ever, Virgil van Dijk has certainly demonstrated that he was ‘value for money’—playing a critical role in bringing the title to Liverpool after a three-decade wait.

The likes of Nicolas Pepe, Kepa Arrizabalaga and Kai Havertz still have much to prove if they’re to even begin to repay their hefty transfer fees, while the jury’s still out on Paul Pogba and Harry Maguire.

There have been moments of excellence from both, but it’s hard to see how—for a combined €192 million—they’ve been anything close to good value for money.

To find the really good value among the Prem’s top players, however, look to the three homegrown players.

Jack Grealish, Harry Kane and Mason Mount all came through the academies at Aston Villa, Tottenham Hotspur and Chelsea, respectively, and have gone on to become key figures at three English heavyweights.

All three are prominent members of the England squad ahead of the European Championships, and yet none cost their clubs any transfer fees.

The fees that have been mooted for any clubs willing to sign Kane or Grealish, for example, are evidence of the duo’s value in the market today.

When either of them do depart, Tottenham and Villa will almost certainly be set for considerable windfalls.

Elsewhere in the division, the likes of Trent Alexander-Arnold, Dominic Calvert-Lewin, Marcus Rashford, Phil Foden, James Ward-Prowse, Kalvin Philips and Declan Rice have all also established themselves among the league’s best players having been promoted through their clubs’ academies.

This is where the true value for money can be found in the Premier League; the gems from the academy who can go on to establish themselves among the PL’s top players.

Beyond on-field quality, these players often represent the true heart and soul of a player, providing a connection with supporters that cannot be brought or manufactured.

Truly, these players are worth their weight in gold. 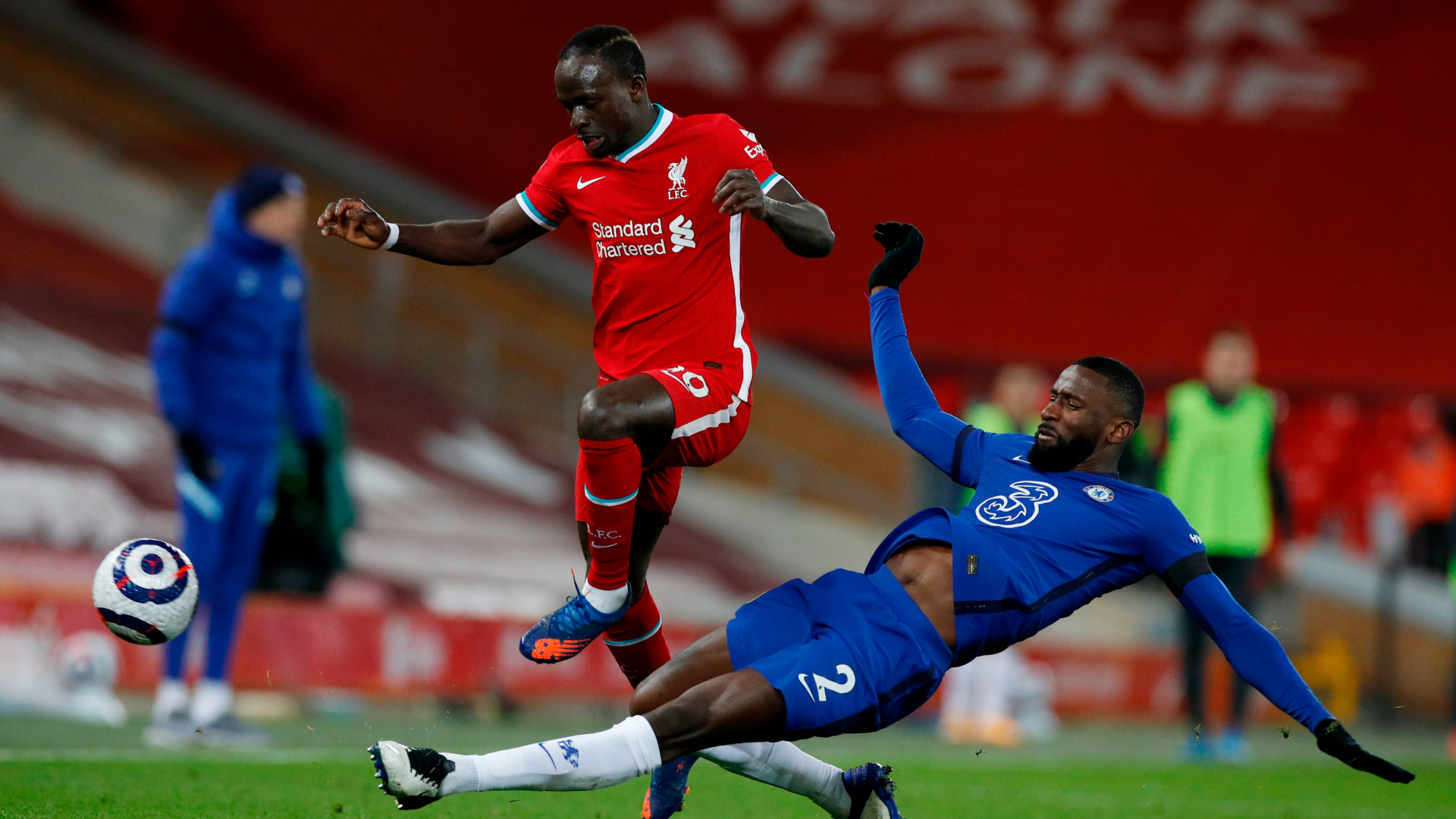 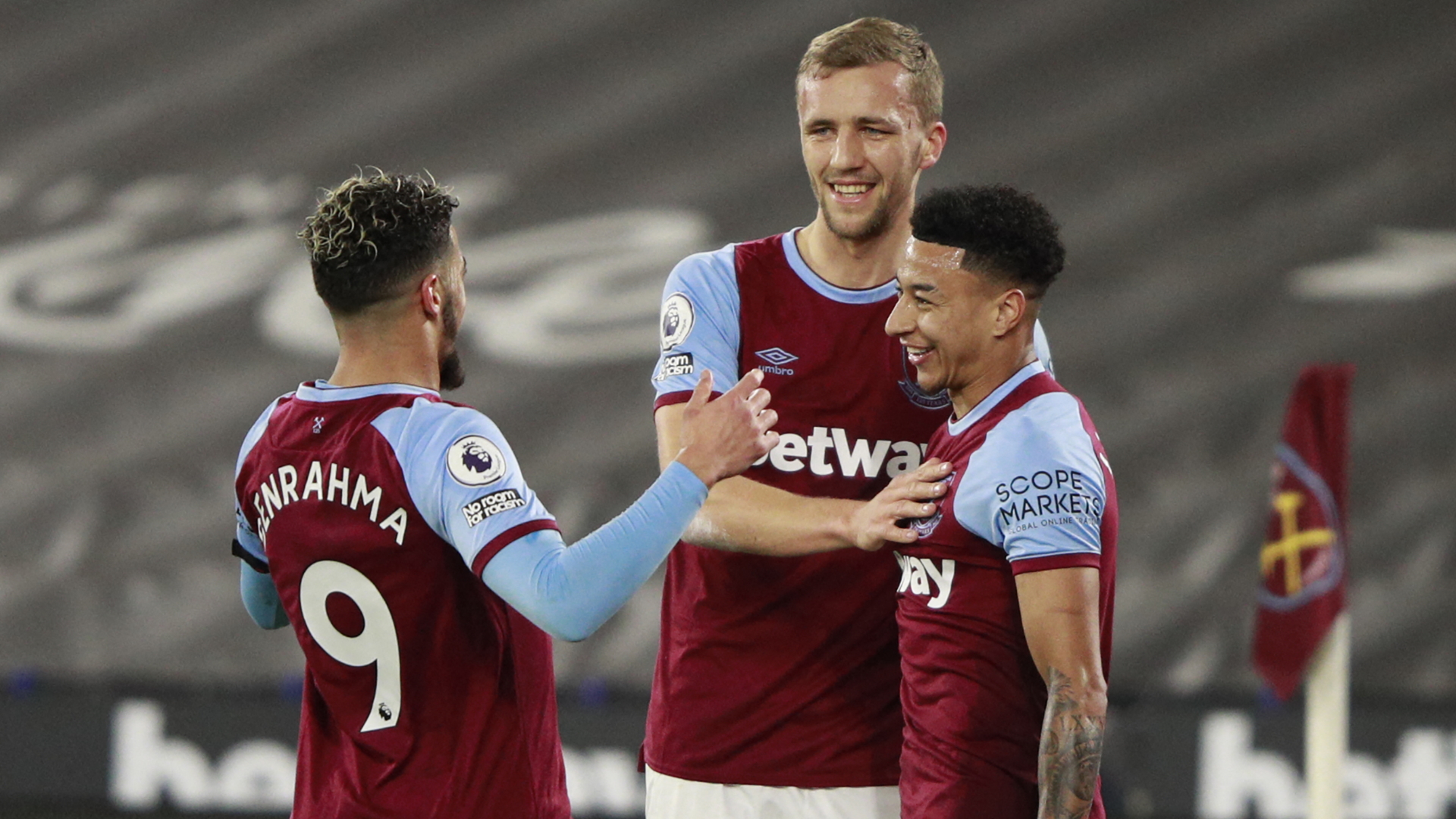 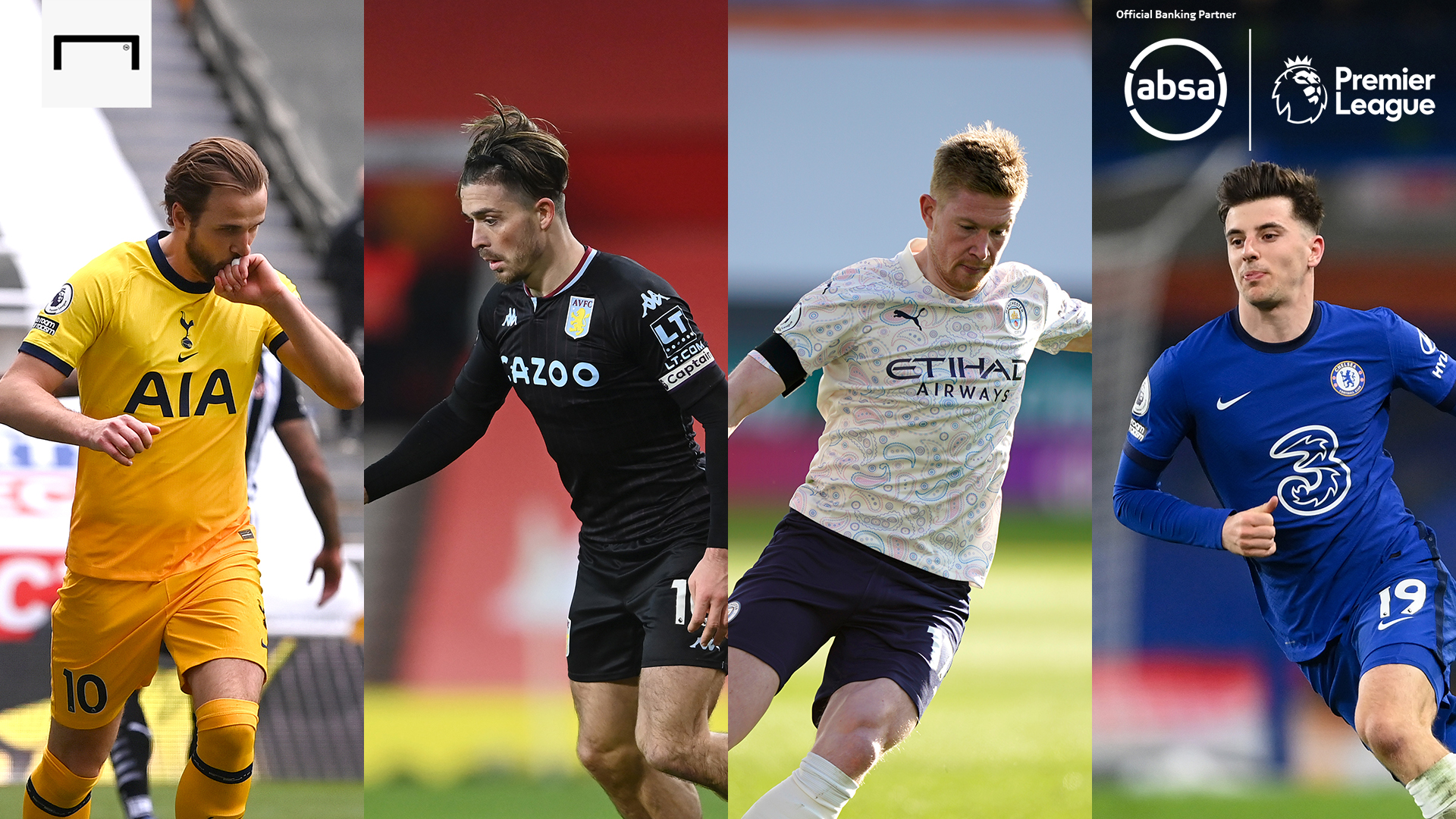 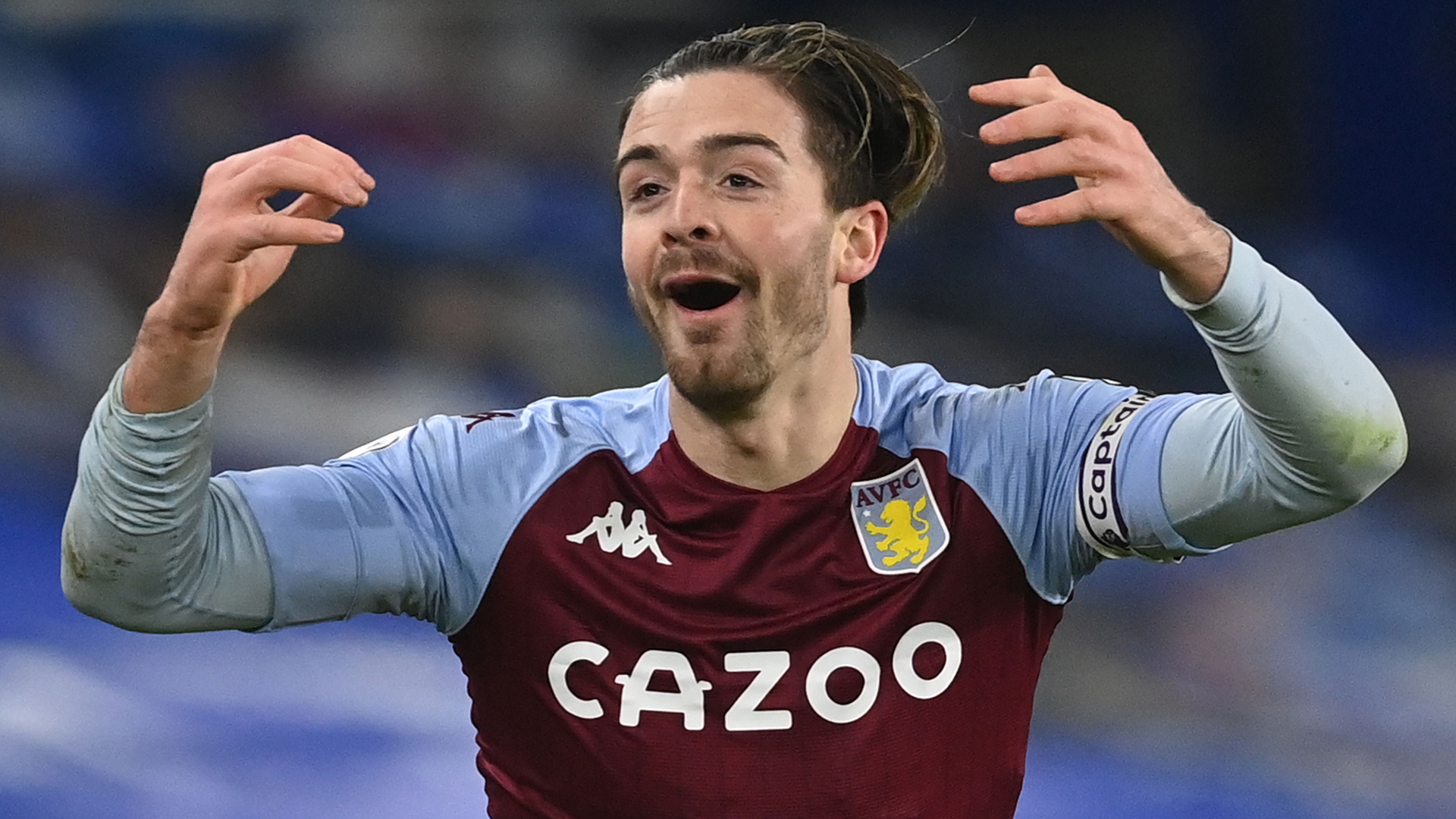 With Exasperation, College Football Is Just Trying to Get Through the Playoff

In this malleable, ebb-and-flow pandemic world, there may be one certainty gleaned from the last nearly two years of living with the coronavirus:...
Read more
Sports

Allen, Bills Are Near-Perfect in Dismantling the Patriots

The Patriots surprised many observers this season by clawing their way back to the playoffs behind rookie quarterback Mac Jones, who played on...
Read more 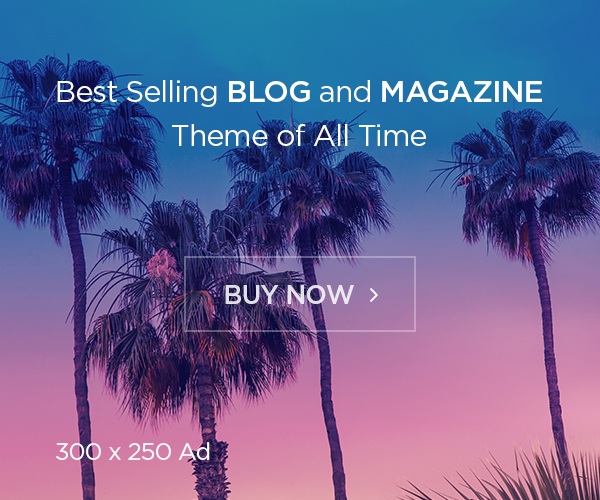