Will New Yorkers Continue With Outdoor Dining This Winter? 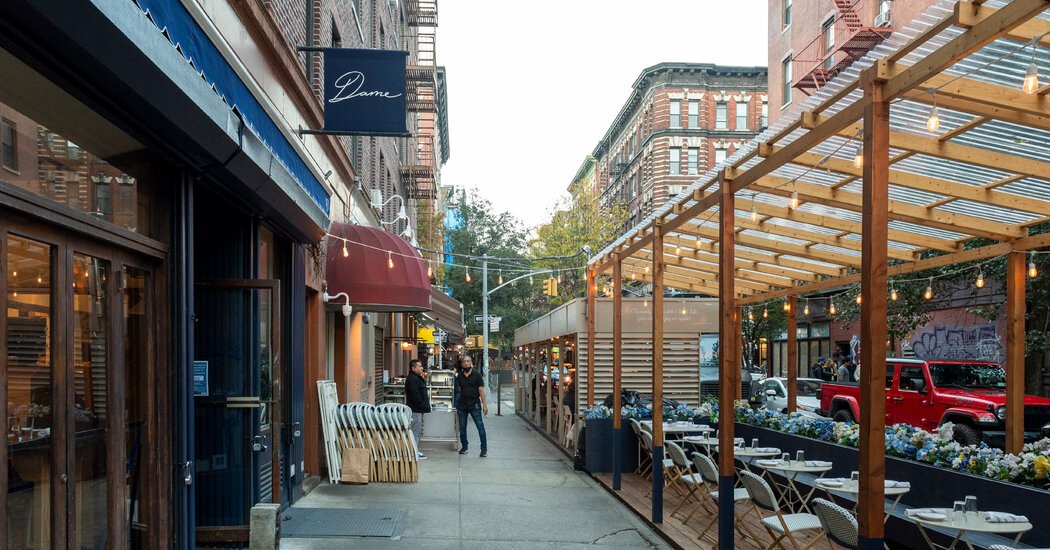 Some restaurants are working to outfit their outdoor-dining structures to make them as warm as possible without propane heaters, which are more powerful than electric heaters.

In October, citing fire-safety concerns, Mr. de Blasio reinstated a ban on propane heaters that had been temporarily lifted to allow outdoor dining through last winter. To help restaurants cope with the ban, $21 million from the city’s Department of Small Business Services is being distributed in $5,000 grants to businesses in the Open Restaurants program whose 2019 revenues were less than $1 million.

“Outdoor dining has helped restaurants through existential challenges and made our city more vibrant,” said Mitch Schwartz, a spokesman for the mayor’s office. “But making this program permanent means making it safe in the long term. The city will give restaurants all the tools they need to protect staff and diners while making a smooth transition away from propane.”

But in November, Keith Powers, a City Council member, and Mayor-elect Eric Adams, who takes office Jan. 1, urged Mr. de Blasio to end the ban, saying in a letter that “many diners still prefer the safety of outdoor dining to dining indoors, and restaurants are still struggling financially to recover.” Mr. Powers introduced legislation on Nov. 23 that would allow propane heaters in the city this winter.

Kavin Lam, 25, who lives on the Lower East Side, prefers to eat outdoors, where he said there is more space and fresh air, and it is usually quieter. When he goes out to eat with friends, he notices that the others all want to be seated closest to the heat.

“I’ve always ran pretty hot, just as a person,” Mr. Lam said. “I would wear flip-flops through January. It’s really not too much of a lift for me after walking out the door to be sitting outside.”

Zach Shufro, 26, who lives and often eats out in Greenwich Village, said he also prefers to sit outside, to reduce the risk of exposure to Covid-19.