Home Business Workers, in Demand, Have a New Demand of Their Own: A Career...
Business

Workers, in Demand, Have a New Demand of Their Own: A Career Path 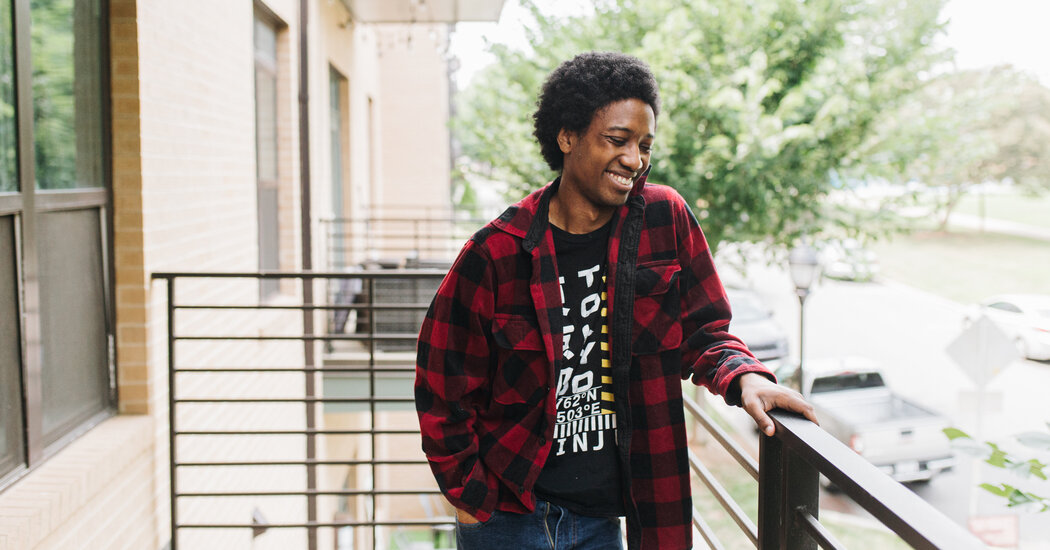 Mark Wray was working at the concession stand of a movie theater when the pandemic lockdowns hit last year. The movie theater shut down, and he lost his job.

But instead of looking for another low-wage job, Mr. Wray sought a different path. He found a program teaching basic technology and business skills, completed it and landed a job at a fast-growing online mortgage lender. He started in March, working in customer service and tech support. He makes about $55,000 a year, compared with $17,000 at the movie theater.

“The pandemic, weirdly, was an opportunity,” said Mr. Wray, 25, who is a high school graduate and lives in Charlotte, N.C. “And this job is a huge steppingstone for me.”

People returning to the work force after the pandemic are expecting more from their employers, pushing companies to raise pay, give bonuses and improve health care and tuition plans. Paychecks are getting bigger. Wages rose strongly in July, up 4 percent from a year earlier, according to the Labor Department. For workers in leisure and hospitality businesses, pay increased nearly 10 percent.

Yet many workers are also seeking something else: a career path, not a dead-end job.

In recent months, companies have struggled to fill jobs for tasks like waiting on tables, stocking shelves or flipping burgers. Nearly 40 percent of former workers in the nation’s hospitality industry say they do not plan to go back to jobs in hotels, restaurants or bars, according to a survey by Joblist, an employment search engine.

For many workers, the issue is less about bargaining for more money in a tight labor market than about finding a job with a brighter future.

“People in lower-wage work are saying, ‘I’m going to pivot to something better,’” said Stuart Andreason, director of the Center for Workforce and Economic Opportunity at the Federal Reserve Bank of Atlanta.

Their demands are already reshaping corporate policies. Major employers of lower-wage hourly workers including Walmart, Chipotle and Amazon have announced improvements to their tuition and training programs. Even Amazon, which has huge turnover among workers in its warehouses, has started to talk more about helping improve its employees’ long-term prospects.

Some companies are featuring their newfound or heightened commitment to worker development to lure job applicants. Employer job postings for positions that do not require four-year degrees included the term “career advancement” 35 percent more often from March through July than in the same span two years ago, according to Emsi Burning Glass, a labor-market analytics firm. “Training” was mentioned 32 percent more often.

The new emphasis, if lasting and widespread, would be a significant change in corporate behavior. Companies have often regarded workers — except those at the top — as a cost to be cut instead of an asset that would become increasingly valuable with investment. Training programs were trimmed and career ladders lowered.

One measure of the higher aspirations of workers is the surge in interest and applications reported by major nonprofit organizations, like Year Up, Per Scholas and NPower, with decades of experience training and finding good jobs, mainly for underrepresented groups. They are all expanding.

Mr. Wray is a graduate of Merit America, a newer nonprofit that started in 2018. This year, Merit America is on track to reach more than 1,400 students, up from about 500 last year.

How large the opportunity will be for the striving workers, experts say, may depend on overhauling the hiring and promotion practices of corporate America. For example, companies have long used the requirement of a four-year college degree as a blunt screening tool for many good-paying jobs. Yet about two-thirds of American workers do not have four-year degrees — and nearly 80 percent of Latino and almost 70 percent of Black workers do not.

The college-degree filter, workplace experts say, is not a good predictor of success for many jobs.

That view has gained far more attention and support in the wake of the calls for social and racial justice after the murder of George Floyd last year. Hundreds of companies have pledged to diversify their work forces. Whether those pronouncements and commitments will be followed by action remains to be seen.

But people who have worked in the field of work force development for decades say they see evidence of genuine change. In the past, companies often blamed the education system for failing to produce enough qualified people of color to hire, said Elyse Rosenblum, founder and managing director of Grads of Life, which advises businesses on inclusive hiring practices.

The support of business leaders who control budgets and hiring decisions, experts say, is vital.

At Bank of America, one executive in that role is David Reilly, who manages technology for its banking and markets operations worldwide. Mr. Reilly grew up in London’s East End, did not go to college and got his start in technology working the night shift in a London computer center, loading data-storage disks and cleaning the printer.

He showed an aptitude for the work, and one promotion followed another, leading to senior posts at Goldman Sachs, Credit Suisse and Morgan Stanley. He joined Bank of America a decade ago.

His career, Mr. Reilly said, was “blessed by people willing to give me a chance.”

At Bank of America, Mr. Reilly has helped champion the effort to develop upwardly mobile career paths. Bank workers volunteer thousands of hours a year to give talks and mentor recruits without college degrees. The effort also involves regular talks with managers about next steps in a career.

Since 2018, through recruiting partnerships with nonprofits like NPower and Year Up, as well as community colleges, the bank has hired more than 10,000 workers from low- and moderate-income neighborhoods.

Carolina Ferreira had low-paying jobs as a restaurant hostess and as a preschool teacher’s assistant before she took a four-month program at NPower in basic technology skills. It was enough to land a tech-support internship at Bank of America in 2017.

The internship was followed by a contract job and then a full-time position. She is now a technical support analyst on the commodities trading desk, and makes more than $80,000 a year. “I’m still pretty junior, but this has been a big leap for me,” said Ms. Ferreira, 26, who lives in Queens.

Bank of America has close ties with training programs that focus on developing the potential of people like Ashantee Franklin.

Ms. Franklin, 24, lost her job at a dog day care and walking service after Covid-19 hit last year. She decided to make the setback an opportunity, applied to the NPower program and completed the four-month course.

The dog care service had reopened and Ms. Franklin was back walking dogs when an NPower job-placement coordinator called about an opening in an entry-level program at Bank of America. She applied, did well in interviews and was accepted. “I decided my time as a dog handler would come to an end,” she said.

Ms. Franklin, who lives in Brooklyn, started her contract job at Bank of America in June as a technology business analyst. Her starting salary is about double what she made in past years, which was less than $20,000.

Fostering upward mobility in corporate America is the goal of OneTen, a coalition of companies committed to hiring or promoting one million Black Americans to family-sustaining jobs over the next decade.

OneTen sees its role as orchestrating the various players in the labor market, sharing best practices and measuring outcomes. It is promoting hiring based on skills instead of degrees. The group is also endorsing training programs, based on rates of completion and job placement. Two dozen have been approved so far.

Digital skills are increasingly an important tool across the spectrum of occupations and career paths in business — jobs in sales, marketing, customer service and operations.

Mr. Wray, who works for Better, an online mortgage lender, is an example. In the Merit America program, he earned a certificate in tech support. But his current role at Better is really customer service, helping potential borrowers navigate the online forms, communicating via live chat.

The goal of the technical training at Merit America, Mr. Wray said, was “to learn enough so you could learn on the job.”

At Better, his next career steps could be to become a loan consultant, a loan processor or, on a technical track, perhaps a network administrator.

One thing he is learning about is mortgage loans — how they work and the many options. “It’s fascinating,” Mr. Wray said. “And now I’m actually on track to afford a house at some point, which I wasn’t before.”

In the story of how the modern world was constructed, Toyota stands out as the mastermind of a monumental advance in industrial efficiency....
Read more